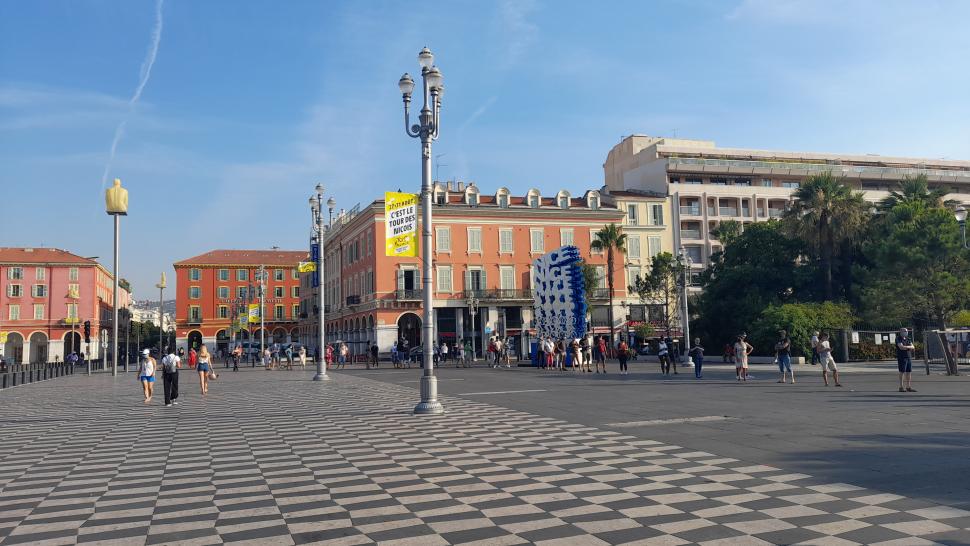 Spectators will be banned from climbs unless they arrive on foot by bicycle at this weekend’s Grand Départ of the delayed 107th edition of the Tour de France in Nice, with local officials saying the race will take place effectively “behind closed doors.”

The news was confirmed today as organisers ASO face a nightmare scenario with the French government tightening lockdown rules in 21 departments – including on the Côte d’Azur, which hosts the opening days of the race, and in and around Paris, where it is due to finish three weeks on Sunday.

The stricter measures have been imposed in response to climbing coronavirus case numbers in the departments concerned, which are now classified as ‘Zones Rouges’ – ‘Red Zones’ – with measures including the compulsory wearing of masks, reports Nice-Matin.

Nice is due to hold the Grand Départ of the race this Saturday, with the opening two stages both starting and finishing in the city, and Stage 3 heading from there to Sisteron.

But with Alpes-Maritimes among the 21 departments now classified as a Red Zone, local authorities and ASO are tightening up measures aimed at enabling the start of what is the world’s biggest annual sporting event to go ahead safely.

The department’s prefect, Bernard Gonzalez, has said that the Grand Depart will effectively take blace “behind closed doors,” with the number of spectators at this evening’s team presentation in Nice’s Place Massena cut from 1,700 to 1,000 earlier today.

Spectators will be obliged to wear masks on the route of the race and major climbs – the Côte de la Rimiez on Saturday and the Cols Saint-Martin, Turini and Eze on Sunday – will be tightly controlled and only accessible to people who come on foot or by bike.

“We want to avoid gatherings,” said Gonzalez, who encouraged people to watch on television instead.

Tour de France director Christian Prudhomme said: “We anticipated this scenario and we have once again tightened up our security measures.”