A gang of bike thieves cut through a lock outside Surrey Quays shopping centre in Rotherhithe, south-east London, yesterday taking a bike as shocked onlookers rang the police.

road.cc reader Martin arrived when the four thieves were already in the process of stealing the bicycle, an act which only took a couple of minutes. Three of them had covered their faces with balaclavas and waited on bikes and scooters while the main offender used an angle grinder to cut through the Trek e-bike's lock.

There was a large crowd stood filming and phoning the police. Martin said he thought about intervening further but was not sure how violent the gang would be, or if they were carrying weapons. In the video, he can be heard asking "is that your bike?" without reply. 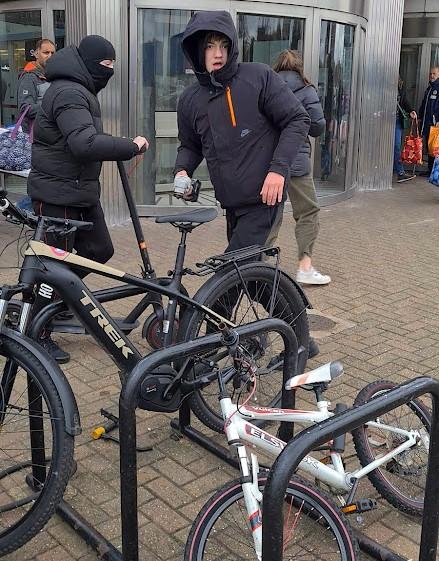 Instead he "continued filming. I focused on the one I could get a clear face of. I just hope someone might recognise them and they get arrested. I never would have thought that something like this could happen in broad daylight with an angle grinder in front of all the people.

"There were quite a few people walking by and some of them observing from a distance. Another bystander was already on the phone with the police that arrived after 15 minutes. The shopping centre security is unfortunately located at the other entrance."

By the time the police arrived the owner of the bike had also returned and Martin passed on the footage to both. 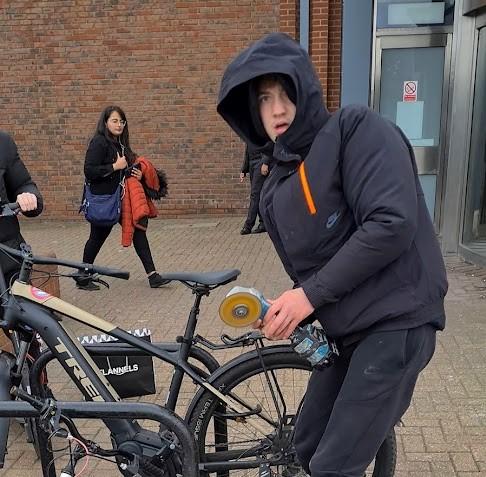 It is not the first time a gang of bike thieves using angle grinders has been caught on camera. Last year, footage emerged on social media of a bike thief lunging a tool at a bystander who tried to intervene as the suspect cut the lock on a Brompton in Hackney.

In July a London cyclist confronted motorbike thieves using a similar tool to cut through locks.