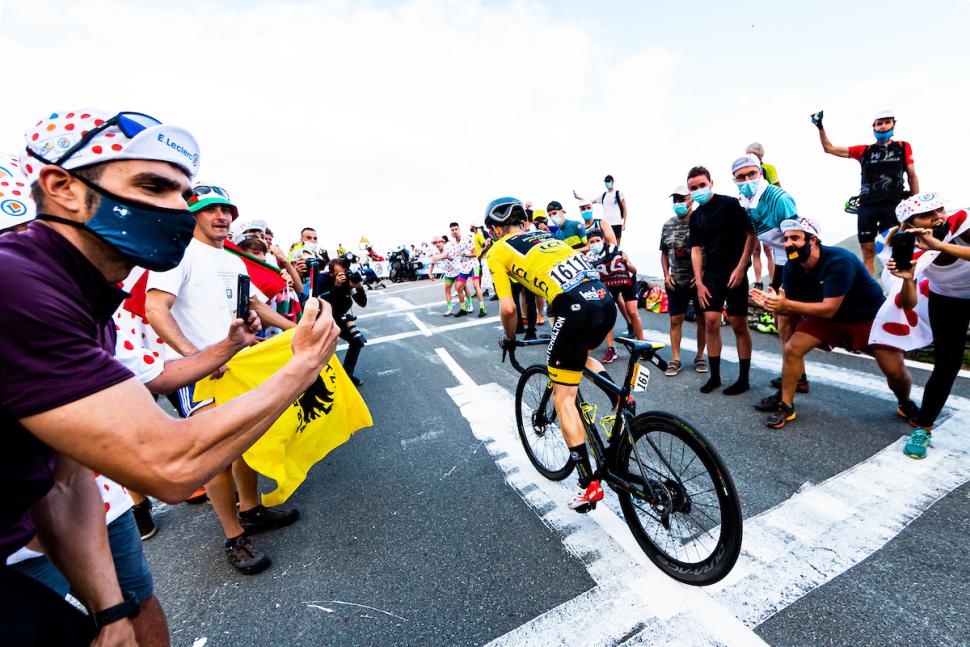 A big day in the Pyrenees that has left Thibaut Pinot's overall hopes in tatters...
by Simon_MacMichael

Nans Peters of AG2R-La Mondiale has taken a fine solo victory in Stage 8 of the Tour de France today while behind, the overall battle exploded on the Col du Peyresourde, with UAE Team Emirates rider Tadej Pogacar making up most of the time he lost in the crosswinds yesterday, and Adam Yates of Mitchelton-Scott clinging onto race leader's yellow jersey.

Meanwhile, Groupama-FDj’s Thibaut Pinot’s hopes of winning the overall are in tatters after he was dropped on the day’s penultimate climb, the Port de Balès.

At 140km, today’s route from Cazeres-sur-Garonne to Loudenvielle was the shortest road stage of this year’s race bar the final day in Paris.

It was also the first of this weekend’s Pyrenean double-header, with the Col de Mente, the Port de Balès and the Col de Peyresourde all on this afternoon’s menu.

A break of 13 riders formed early on, but by the time they reached the top of the Col de Bales, Peters and Ilnur Zakarin of CCC were out front on their own.

On the way down towards the foot of the Peyresourde, Peters took 40 seconds from the Russian, not the best descender in the peloton, and while Zakarin would regain some time on the final ascent, he was unable to catch the leader.

It was a bad day for Groupama-FDJ with first William Bonnet abandoning the race then team leader Pinot dropped from the main group on the Porte de Balès.

The GC battle itself was joined early on the day’s last climb, ignited by a move from Deceuninck-Quick Step’s Julian Alaphilippe, though he quickly faded.

It was third time lucky for Pogacar after two earlier attacks by the Slovenian had been brought back, the Slovenian finally getting away and making back half the time he lost yesterday.

His attacks, and subsequent moves from Guillaume Martin of Cofidis, one followed by Arkea-Samsic’s Nairo Quintana, had Yates distanced at times, but in the end he led what was left of the group of favourites across the line to stay in the overall lead.