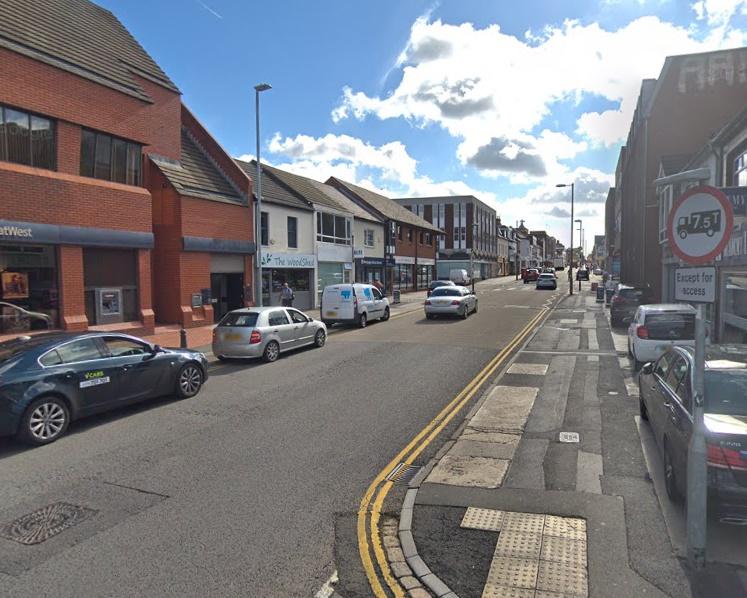 A pop-up bike lane on Commercial Road in Swindon has been removed less than a week after it was installed. The council said that it had been made unsafe by members of the public moving the lane dividers.

Commercial Road is ordinarily a two-lane one-way street. The Swindon Advertiser reports that last week one motor traffic lane was turned into a cycle lane and segregated with plastic barriers.

However, traders on the street complained that they could not get deliveries as there was nowhere for vans and lorries to stop.

The council said the scheme had now been cancelled after people moved the barriers.

Roads boss, Maureen Penny, said: “Unfortunately, what has happened here is that members of the public have been interfering and illegally moving bollards and signs.

"This has ultimately made the scheme dangerous for everyone and I now have serious health and safety concerns due to the chaos caused by this interference. The scheme will be cancelled with immediate effect."

Chris McKendrick, who runs The Pharmacy and who himself cycles to work, said the pop-up lane did not appear to have been properly thought-through.

“When I rode into work on Friday, these barriers had popped up. It was as if it had been a midnight raid.

“As a business owner in the street, I had not been advised of this or consulted. It would perhaps have been courteous to give us some notice as to what was going to happen.

“The council doesn’t seem to have given any thought to the businesses in this road. There is nowhere for any deliveries to be made. Lorries can’t go in the cycle lane, and if they pull up in the other lane, they block it completely.”

Marcus Kittridge, who runs the Baristocats café, added: “We have about half our stock at the moment and about half our menu is not available because we haven’t been able to accept a delivery.

“The companies won’t send a delivery if there’s nowhere safe for them to stop, and they won’t stop in the main running lane, totally blocking it.

“We are desperate for a delivery soon. We spend all weekend going round supermarkets looking for things we can use in the café but that’s much more expensive and that was the entire weekend gone.”

Upon seeing the scheme after it was first installed, Labour councillor for Mannington and Western, Jim Robbins, tweeted: “How has this taken five months? I’m shocked at how shit it is.”

Council leader David Renard initially defended the scheme, saying: “What we saw across the country was authorities putting things in place very quickly and then having to take them out again. So we have spent some time consulting on a number of schemes, consulting with local businesses and local residents.”

The council later conceded that it did not carry out “individual consultations” with the businesses on Commercial Road.

Speaking about the design, McKendrick said: “Commercial Road has six or seven roads coming off it. And every time the cycle lane meets it, it stops, so the cars can get out. It means that people on bikes have to keep stopping and the priority is still the traffic.

“I was watching and there were a few people using the new cycle lane, one every five or 10 minutes or so, but there were still a lot of people riding on the pavement, or ignoring the new lane and riding in the road.

“If I was riding up the road, I’d probably use the road as well, because of all the junctions with the side roads in the cycle lane.”

Speaking about the abandonment of the Commercial Road scheme, Penny said: "The feedback from cyclists has been very positive and helpful to us and it is a shame that they will not enjoy the benefits of this route. However, I am determined to introduce safe cycle routes and will go back to the drawing board to find another way to introduce a scheme in this area.”