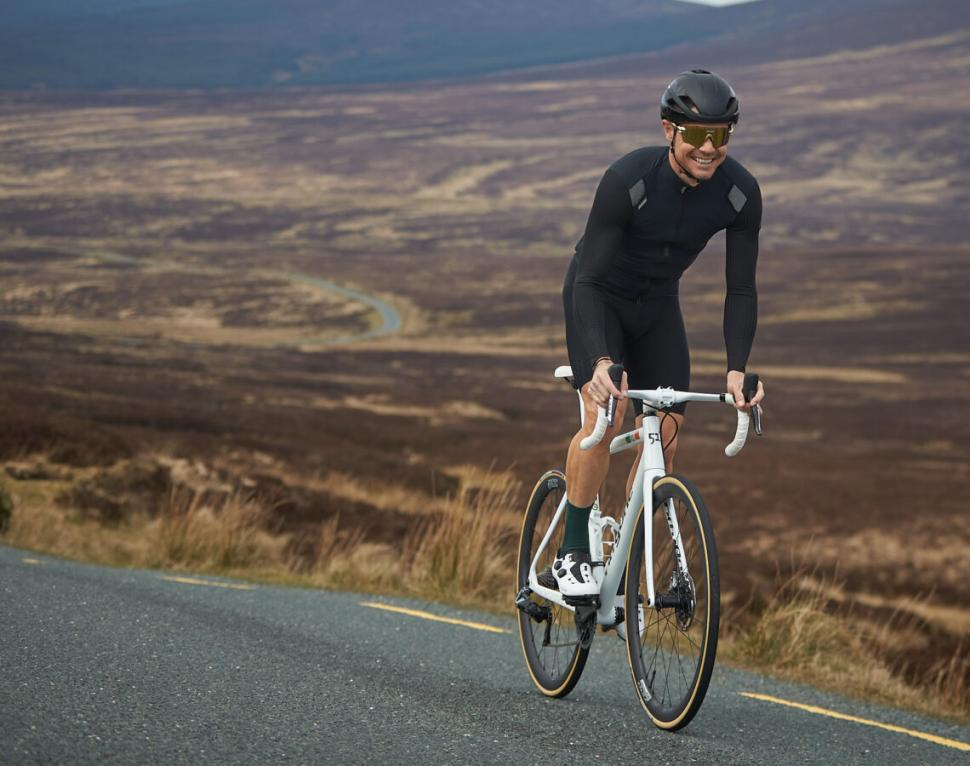 Some of the biggest names in professional road racing, including Mathieu van der Poel, Peter Sagan, Tiffany Cromwell and Greg Van Avermaet, are heading to the Veneto this weekend as the Italian region plays host to the inaugural UCI-sanctioned gravel world championships.

However, the UCI’s decision to place that star-studded road contingent – some of whom, such as Van der Poel, have never competed in a gravel event before – at the head of the pack on the start line, in front of off-road and gravel specialists such as Adam Blazevic, Lachlan Morton and Lauren De Crescenzo, has attracted criticism from recently retired WorldTour pro Nicolas Roche.

The former Team Sky and BMC rider, who will be representing Ireland alongside his brother Alexis on Sunday, blasted the world governing body’s decision to order the peloton based on points accumulated in UCI-registered road, mountain bike and cyclocross races, with success in non-UCI-sanctioned gravel events failing to count towards a rider’s starting position.

Breaking news: order on start line tomorrow. Riders with uci points ( non gravel) first on start line. Gravel riders start in the back. @UCI_cycling remind me what worlds is it tomorrow again? 🤨 i am sure the race is was called gravel worlds not road worlds!

“UCI, remind me what worlds is it tomorrow again? I am sure the race is called gravel worlds, not road worlds!”

While the increasingly popular world of gravel racing has been dominated by privateers and unaffiliated riders like this year’s Unbound winner Ivar Slik, the peloton taking on this weekend’s first-ever UCI gravel worlds will be heavily populated by riders crossing over from the road or, in the case of multi-discipline star Pauline Ferrand-Prévot, from mountain biking.

As a UCI-sanctioned event, riders on teams registered with the governing body gain automatic entry to the championships, while others can compete after being selected by their national federations or by qualifying through the UCI’s new year-long Gravel World Series, where the top 25 percent of each race made the cut. Many of the sport’s US-based stars opted out of the selection process, preferring instead to focus on the final race of the Life Time Grand Prix in two weeks, along with its $250,000 prize pot.

As well as criticising the UCI’s apparent double standards towards gravel specialists, Roche also claimed that a bottle neck in the opening kilometre of the race will only enlarge the advantage of those in front while increasing the potential for early crashes.

“So in the UCI MTB words, Tom Pidcock had to start at the back as he had not ridden enough MTB races. Why are things now different in gravel?” he asked.

“It’s OK that riders have a free pass to race, but at least let the riders who go through the effort of riding gravel and qualifying start in the front.

“Or don’t put a single track after 500m. Again in MTB, riders have a small but “wide, flat” start then go onto the real deal for safety! Tomorrow, we start in a bottle neck! Come on guys!”

Roche’s comments certainly do not represent the first time that the UCI’s foray into gravel, and its unique take on this rapidly growing section of the sport, has been criticised.

While the ‘wild west’ adventure aspect associated with gravel racing traditionally sees both men and women racing together over the same course, the women’s race takes place this afternoon, a day before the men, on a route 50km shorter at 140km, already ridding the races – to some onlookers – of one of gravel’s fundamental tenets: equality.

The dry, flat route between Vicenza and Cittadella also features between 69 and 73 percent of gravel, most of which resembles the kind of white roads familiar to fans of Strade Bianche rather than the off-road terrain of Unbound.

The likes of Van der Poel, for instance, who earlier this week stated that he had only taken part in one gravel-specific training session before confirming his participation in the worlds, have also opted for their usual road bikes with thicker tyres for a race that could end up being decided by a bunch kick to the line.

Nevertheless, the prospect of gravel’s most exciting names rubbing shoulders with the some of the most talented and renowned road riders in the world – in an unfamiliar environment where individual adventurists will be forced to deal with national team tactics, and vice versa – ensures that this weekend’s races remain a tantalising prospect, despite the current teething problems.