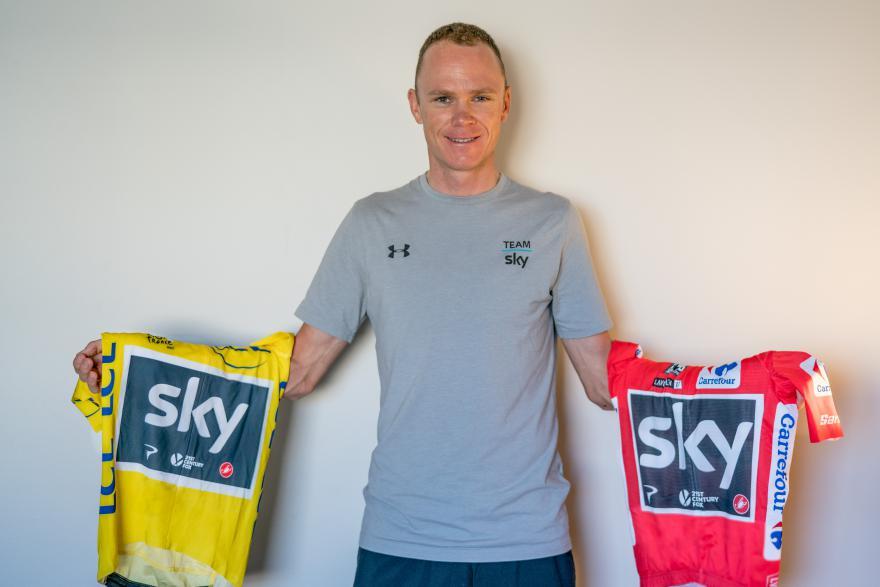 Report: Row blew up between UCI and WADA over Chris Froome doping case

Four-time Tour de France champion was cleared of wrongdoing after excessive amounts of anti-asthma drug were found in his urine at 2017 Vuelta, which he won
by Simon_MacMichael

A row broke out between the UCI and World Anti-doping Agency (WADA) in the wake of Chris Froome being cleared in 2018 of wrongdoing in connection with excessive levels of the anti-asthma drug salbutamol being found in his urine from a sample taken at the previous year’s Vuelta a Espana, which he won.

The case was closed just days before the 2018 Tour de France, which Froome – at the time, the reigning champion in all three Grand Tours after winning May’s Giro d’Italia – finished in third place, the yellow jersey going to then Team Sky colleague Geraint Thomas.

BBC Sport says that in a letter written in the days following the investigation against the four-time Tour de France winner being dropped, UCI president David Lappartient told Sir Craig Reedie, the WADA president at the time, that the anti-doping agency “appears to be placing full responsibility for the decision squarely on the UCI's shoulders.”

Lappartient, who also raised concerns about WADA’s rules over the use of the drug, continued: “We both know very well who took the initiative of closing this case and the reasons why.

“It is disappointing to see that your organisation is not taking responsibility on the ground that technically the decision had to be taken by the UCI.”

The UCI said at the time that it had dropped the case against the rider, who said he had taken the drug due to his asthma and that the elevated reading was due to dehydration at the time the sample was taken, “primarily based on Wada's advice.”

According to the BBC, Reedie wrote to Lappartient 10 days later to express his disappointment at the UCI’s announcement, telling him it was “wrong” that “the position of the UCI is now apparently that it had no choice but to follow the position of Wada and close the case.

“The UCI was the results management authority with exclusive jurisdiction over the case and all relevant elements at its disposal,” he said, underlining that WADA  “had no influence on the way the process was conducted,” and accusing the UCI of attempting “to divest itself of any responsibility for the decision.”

In response, Lappartient said that WADA had displayed “a lack of public solidarity” for the UCI and criticised procedures that allowed an athlete with the concentration of salbutamol found in this case to be absolved of wrongdoing.

"I am sure you will understand the impact this case has had on the UCI's reputation and my reputation," said the Frenchman, who had succeeded Brian Cookson to the top post at the UCI after the end of the 2017 Vuelta.

Legal representatives for Froome, who left Ineos Grenadiers at the end of last season for Israel Start-Up Nation, told BBC Sport: “It seems that the UCI had concerns about Wada's salbutamol regime.

“It would be fairer to athletes if those concerns were tackled, rather than allowing the regime to continue in its current form simply to save Wada from embarrassment and potential legal liability from innocent athletes who have been wrongly prosecuted.

“Mr Froome hopes that the UCI and Wada have been working to improve the salbutamol regime and to reduce the risk of innocent athletes being wrongly accused of falling foul of it.”

They highlighted that Froome had never been charged with an anti-doping offence, and underlined that the discussions should have remained secret.

“Were an athlete to refuse to comply with such a procedural order, it would not be tolerated,” they said.

“Mr Froome therefore cannot comment on the specifics of the case, and makes only general remarks.”

Both the UCI and WADA told the BBC that the letter formed part of correspondence aimed at improving the relationship between the two organisations.

WADA added: “This was an extremely complex and difficult case that provoked a huge amount of debate.”

It said that for a variety of reasons highlighted at the time, “WADA continues to believe that the decision taken not to proceed with an ADRV against the athlete was the correct and fair one.”