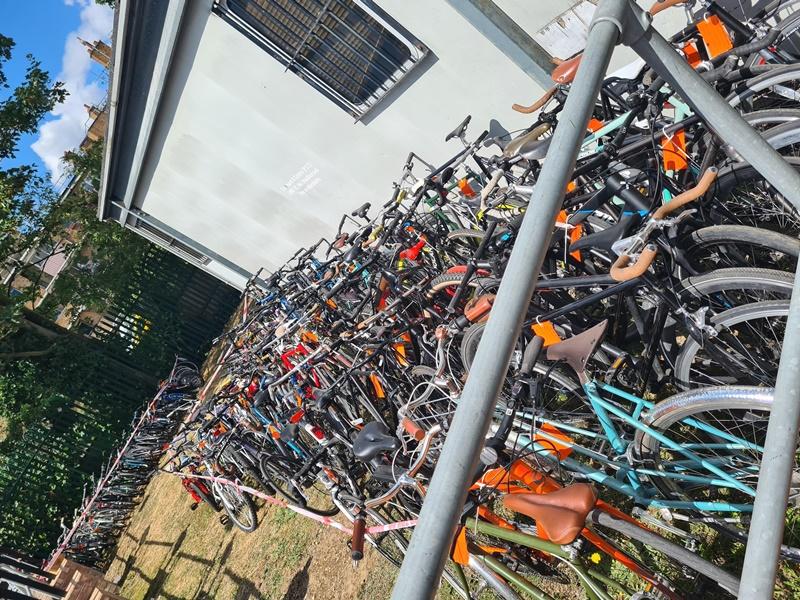 Had your bike nicked? £30k of stolen bikes recovered in Hackney

The Metropolitan Police has found 118 bikes that are believed to be stolen after searching an address in Hackney. The seizure came as part of an operation launched after 11 people reported finding their stolen bikes advertised for sale online.

Officers from the Met’s Central East Business Command Unit executed a warrant at an address in Hackney last Sunday and found the bikes with an estimated value of more than £30k.

The force believes that the bikes were stolen for profit. Two men, aged 21 and 60, were arrested on suspicion of handling stolen goods, and possession of criminal property.

Sergeant Jo Stephens said: “This was a significant seizure of bicycles we strongly believe have been stolen – either in burglaries, robberies, or from the street – for the purpose of selling on for a profit to unsuspecting buyers.

“While the internet is a good place to easily advertise and sell property, the informal nature of the transaction means that people also use it certain websites to sell stolen goods quickly and anonymously, with little trace."

He added: “We are making enquiries to try and find out who the bikes belong to so we can return them to their owners.

“We would urge anyone who has a bicycle to get it security-marked and registered at BikeRegister – this helps us return stolen property to its owner, and it also helps us bring prosecutions. 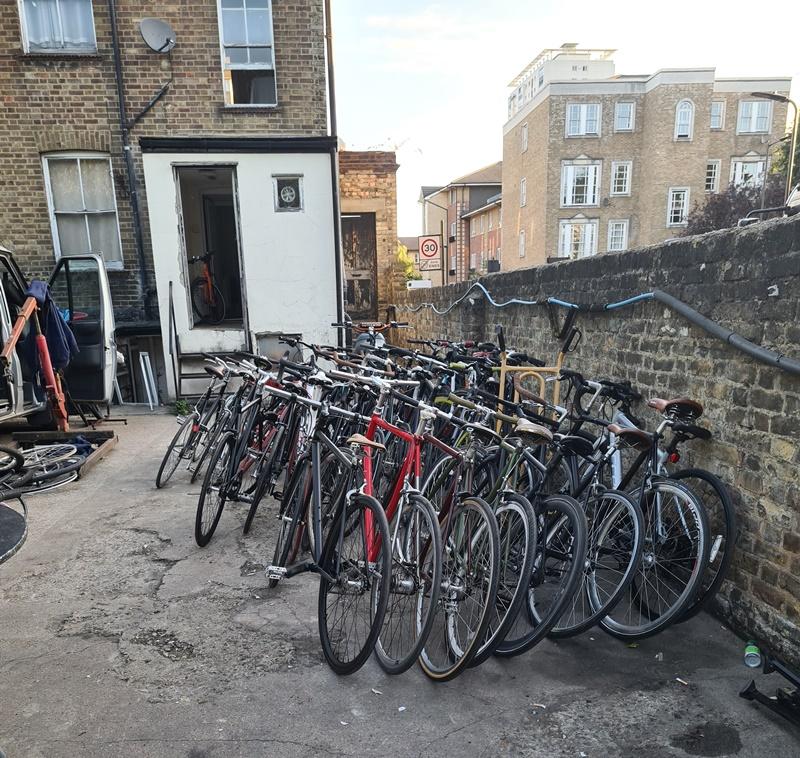 Police have asked anyone who has had a bike stolen in Hackney or Tower Hamlets in the past six months who wants to find out whether it is one of those seized to email CE-MiST [at] met.police.uk with as much information about the bike as possible. (Make, model, colour and/or serial number, and a picture if available.)

The Met’s approach to dealing with bike theft has not always been so effective in recent months. We reported in June how one Londoner who found his stolen bike for sale on Gumtree was told by a police officer to meet the seller himself and “see what happens.”

The theft victim subsequently contacted the force’s dedicated Cycle Safety Team, who advised him not to do that.

That same week a man who tried to sell an NHS worker’s bike on Gumtree was jailed for 32 weeks and fined £200 after the victim’s neighbour, the broadcaster Jeremy Vine, posted a video to Twitter about her situation.

Met officers had initially told the bike’s owner that they would be unable to proceed with investigating the theft because the amateur detective work she and her partner had done in tracking down the person trying to sell it would prejudice the case.