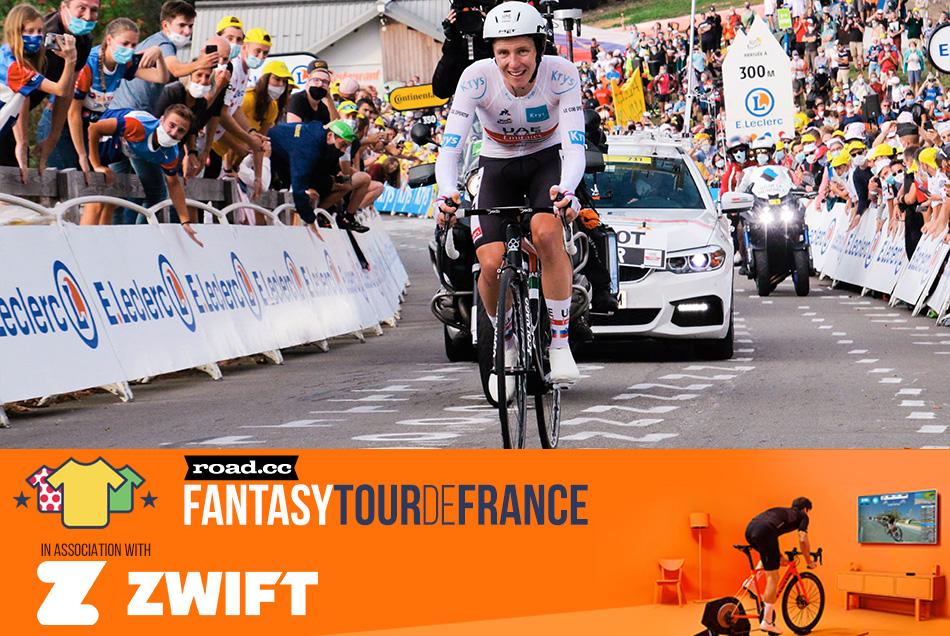 It's time for the biggest race of the year... play along!...
by dave atkinson

The team buses are parked up in Brest (no sniggering at the back), and the riders are as ready as they'll ever be: once again it's time for the biggest race in cycling. The Tour de France is upon us, with a lumpy 197km stage on Saturday to kick things off, and an exciting Mur de Bretagne hilltop finish on Sunday. From there it's over hill and down dale (well, col and vallée, anyway) for three weeks until the race spits out a yellow jersey winner on the Champs Elysées. And if you play our Fantasy Cycling competition you can live it every turn of the wheels along the way.

It's simple: Pick a team of riders, and if they do well in the race they'll score points. And the more points they score, the better you do! You can play against loads of other road.cc users, and you can set up private leagues for bragging rights over your friends or work colleagues. 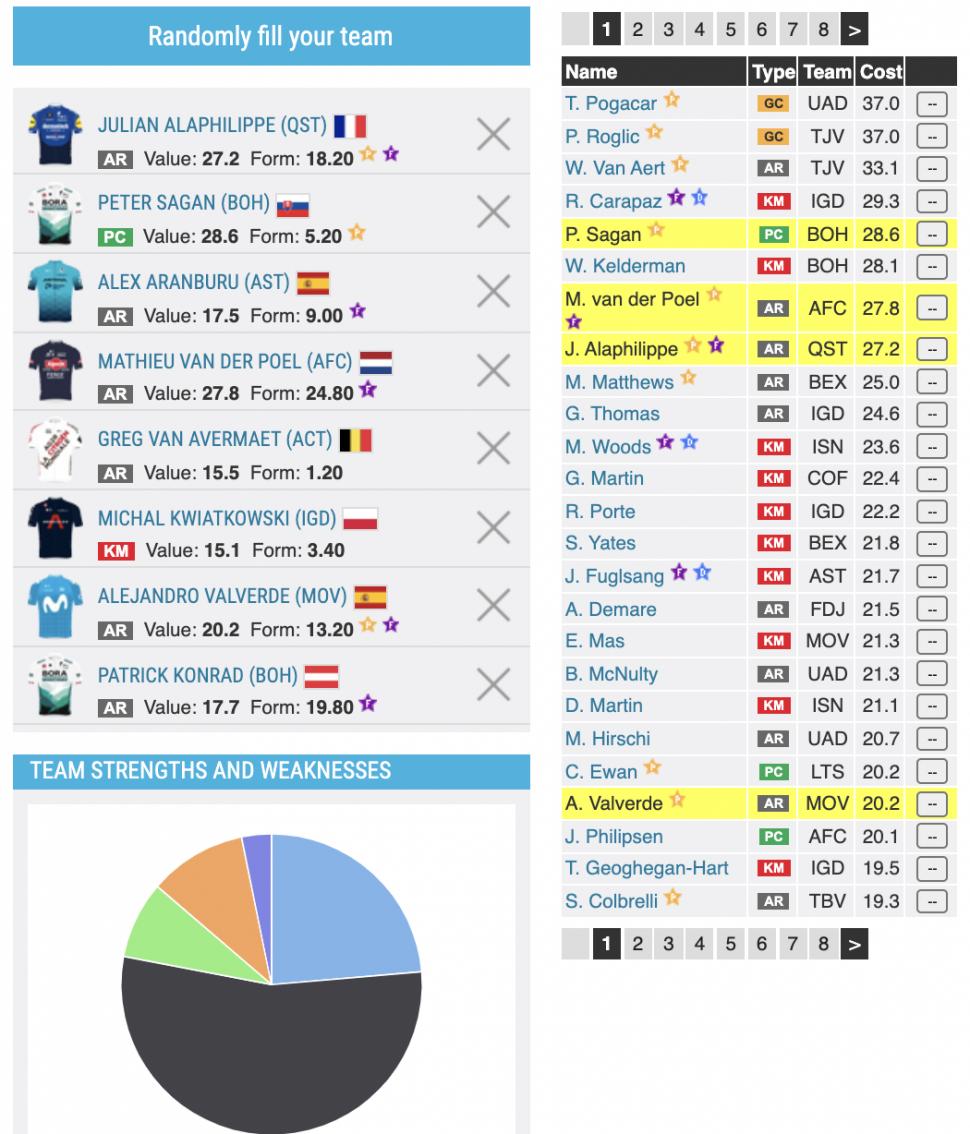 Once you've picked your team and they all turn out to be duffers like ours (above) inevitably will be, you can transfer in the good riders you should have picked in the first place. You only get 45 transfers over the 21 stages though, so pick wisely! If that sounds like too much hard work for you, there's a purist competition where you just pick a team for the whole thing, and take the hits as they come.

It's not just about getting over the line first: riders score points for the different jersey competitions, intermediate sprints... even rolling in dead last! So there's lots to think about. What kind of stage it is, who's in form, who's ALWAYS in the break, who's doing well overall, who's very much not... so many decisions to make.

You can play 8 competitions in the year for free, so that would cover all the grand tours and a bunch of other races if you wanted. If you're a road.cc subscriber you can play as many as you like.

Visit fantasy road.cc to get playing!

1
Highway Code changes aimed at protecting cyclists to become law next month
2
Owner of van with spiked wing mirror claims it is to deter vandals, not harm cyclists
3
Look mum, no hands! Frank Lampard caught on camera by Cycling Mikey allegedly juggling coffee and phone at wheel
4
Five cool things coming soon from Black Inc, Met, Koo, 7mesh and Moon
5
Cyclist shot by hunter who says he mistook him for a rabbit
6
Car wing mirrors studded with spikes reported to Greater Manchester Police
7
Reaction as Transport for London pauses See their Side ad campaign following backlash
8
Rural A roads are where cyclists are most likely to be killed, road.cc analysis reveals