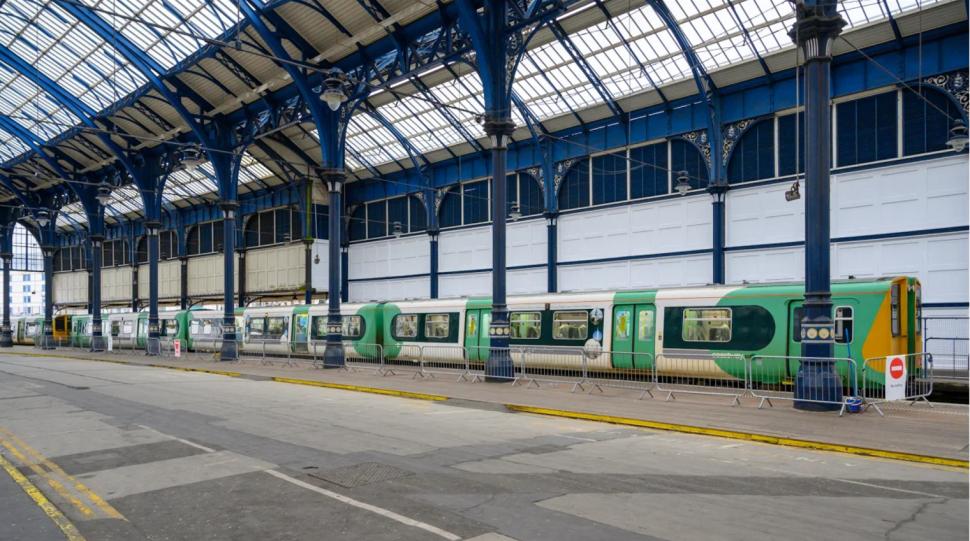 Operators enforce restrictions due to weekend's London to Brighton Cycle Ride ...
by Simon_MacMichael

Southern Rail and Thameslink have announced restrictions on the carriage of bicycles on their routes this Sunday due to the London to Brighton Cycle Ride taking place at the weekend.

In a series of identical tweets on their respective Twitter accounts, the two train operating companies confirmed that no bikes will be carried from the start of service on Sunday until noon that day.

Similar restrictions will apply for the rest of Sunday between Gatwick Airport and Brighton, and the companies have also warned that there is likely to be restricted space for bicycles on services on Saturday and Monday.

The companies have also advised people planning on travelling with their bikes to check the conditions on the carriage of bicycles.

📢🚫 For the comfort and safety of everyone travelling, cycles will not be permitted on Thameslink or Southern services from the start of service until midday.

ℹ️ After 12:00, restrictions will remain between Gatwick Airport & Brighton, and the East and West Coastway routes for the duration of the day.

The ride is one of several charity cycling events between London and Brighton each year, the best known of which is organised by the British Heart Foundation. First held in 1976, it attracts as many as 30,000 cyclists annually, for many of whom the challenge is the first time they have taken part in a mass participation event.

That event is cancelled this year due to the coronavirus pandemic, as it was in 2020, although an off-road version was successfully held earlier this month, raising more than £500,000 for the charity.

Sunday’s event, which is sold out, is organised by Skyline Events in partnership with DeLonghi and Great Ormond Street Hospital, and after consultation with the relevant authorities and local councils, some specific measures have been put in place.

Those include participants being requested to observe social distancing, a prepacked grab-and-go meal at the finish line rather than a mass lunch stop, and allocation of start times based on expected finish time to prevent overcrowding at Clapham Common and bunching along the route.

The capacity of the ride has also been reduced and participants are required to complete a health and safety questionnaire.

Unlike previous editions, there will be no event bar to have a celebratory drink at once over the finish line – although venues in Brighton will be open as usual of course.

On the event’s website, organisers said: “The last 15 months have been difficult for us all, but we’re more than aware of the devastating impact the pandemic has had on income for our charity partners.

“We feel a responsibility to do everything we can to ensure the event goes ahead in some capacity and help these vital causes to raise some much needed funds.

“Whilst it may look a bit different to normal, we’re pleased to have this opportunity in September, and are looking forward to sharing a very special day with as many of you as possible.”