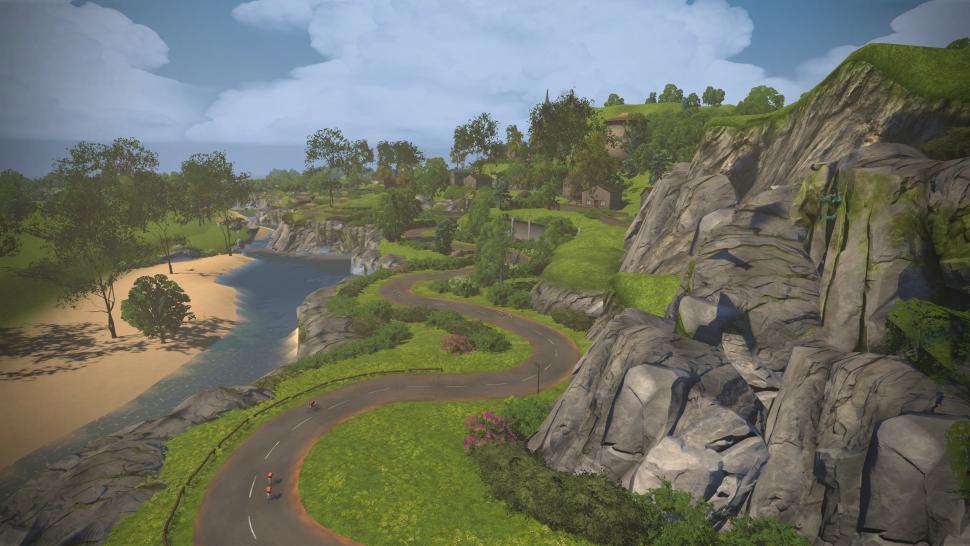 Today brings the first opportunity to experience the new France map on Zwift, which was created for the Virtual Tour de France. Stage 2 of the Virtual l'Etape du Tour – which is taking place regularly throughout the weekend – is being held on the Casse-Pattes circuit.

Zwift’s France map has been launched for the second weekend of the Virtual Tour de France.

The Virtual Tour is a team event. After the first weekend of racing, the yellow jerseys in the men’s and women’s races are held by NTT Pro Cycling and Tibco-Silicon Valley Bank respectively.

RGV, which will be raced by the pros today, is a 23km route that starts in the flats of France with a quick sprint before tackling wave after wave of rollers. It also features two more sprints—Pavé and Ballon—as well as the 400m, 5% Aqueduc KOM.

The 24.1km Casse-Pattes route (Casse-Pattes translates as ‘leg-breaking’) will be raced tomorrow and is also the course that is being used for the Virtual l’Etape. It uses many of the same roads as RGV, except for one stretch that features the 2.7km, 4% Petit KOM climb.

Both the race and the Etape will involve doing two laps.

You can sign up to ride Stage 2 of the Virtual l’Etape here.