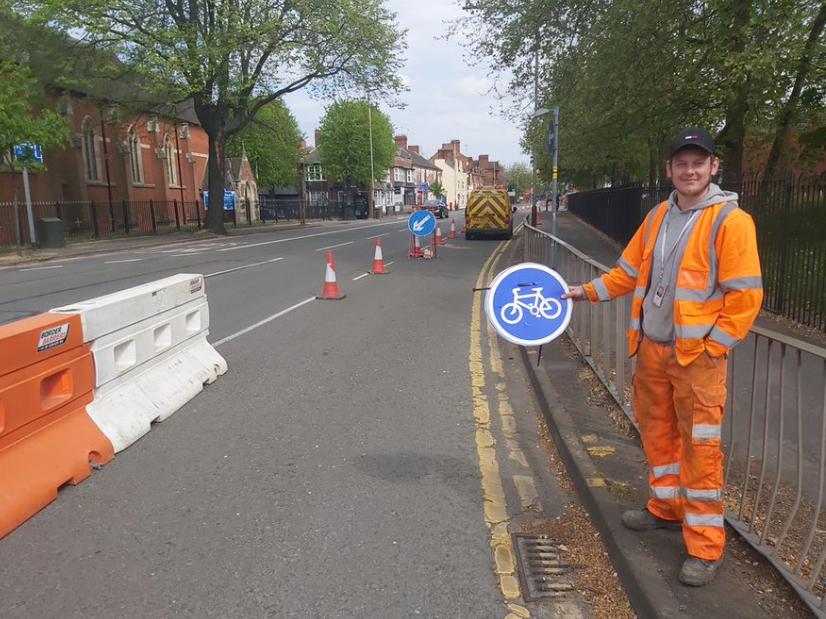 Researchers have launched a brand-new mapping tool today identifying ‘top priority’ potential protected cycleways across England, to help local authorities bid for and prioritise government cycle funding in an evidence-based way – and citizens can get involved by suggesting where they want routes to be.

The Rapid Cycleway Prioritisation Tool (RCPT), commissioned by the Department for Transport (DfT) and Sustrans, identifies roads with the highest cycling potential – those that can carry the most cycling trips, as well as those with enough width to accommodate new protected cycleways.

The government announced a £250m Emergency Active Travel Fund for cycling and walking infrastructure in May for councils to help people avoid public transport with COVID-19 still at large. While some local authorities in England already have long-term plans for cycle routes they can fast-track, many don’t. Researchers say this tool, based on open data and code, can help identify locations for cycleways to help get the most people cycling.

The RCPT was produced by Dr Robin Lovelace and Dr Joey Talbot at the University of Leeds' Institute for Transport Studies. Dr Lovelace says: “The updated statutory guidance on road space reallocation from the DfT creates a question for transport authorities that our tool can help answer: which roads should be prioritised for road space reallocation schemes?”

While the first tranche of the Emergency Active Travel Fund is for pop-up schemes, the expectation for tranche 2 is that money goes towards more permanent schemes.

Lovelace said of the tool:  “Vitally, it allows potential road space reallocation schemes (pop-ups for short) to be ranked in various ways, primarily by cycling potential. That will support local authorities to select the roads that will make the biggest difference for investment as part of Tranche 2 of the Emergency Active Travel Fund, alongside other sources of evidence and local knowledge.”

In Leeds, Kirkstall Road was identified as having ‘spare space’ and is part of plans by Leeds City Council for a trial cycleway. Lovelace says identifying such space for trials “will help ensure cycleways can become permanent, maximising long-term benefits.” In London, the street with the greatest unmet demand for cycling is Brixton Road.

The RCPT uses Propensity to Cycle Tool data, produced by Leeds and other universities, which estimates commuting and school trips that could be cycled under different hypothetical conditions, including in the event of a Dutch-style cycle network, and the government's target to double cycling levels - taking into account things like distance and hilliness. The RCPT provides an interactive map for every transport authority in England, with top ranked new cycleways, as well as what researchers say in many places are ‘disjointed or variable’ existing cycleways. Wales and Scotland have devolved transport authorities so are not included.

As well as top priority routes the RCPT also identifies where a ‘cohesive network’ could be created, regardless of street width, using measures such as ‘filtering’ streets – i.e. closing to through traffic but permitting through cycling and walking trips and maintaining resident access.

“It's a completely open tool and people can download the data. Lots and lots of local authorities will likely end up using it,” says Lovelace. 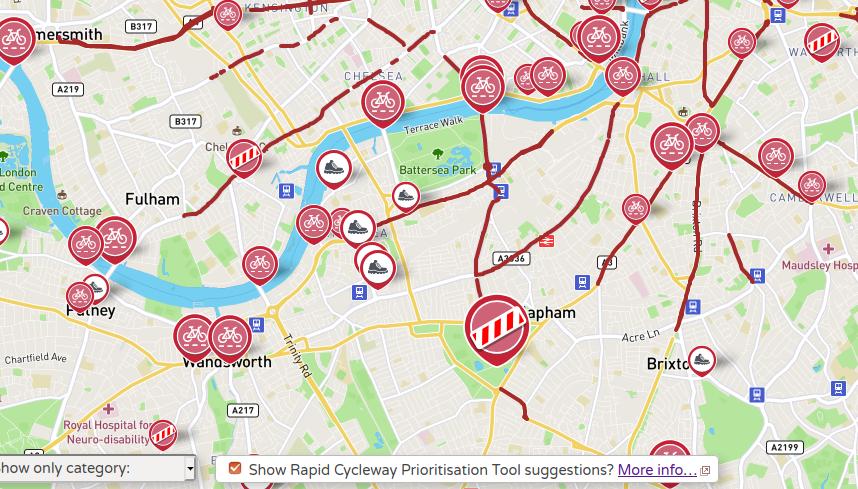 RCPT with Widen my Path

The data has also been added to Widen my Path – a Cyclestreets-based tool to help identify where pavements need widening for social distancing – which means people can have input on where they believe cycle routes should be.