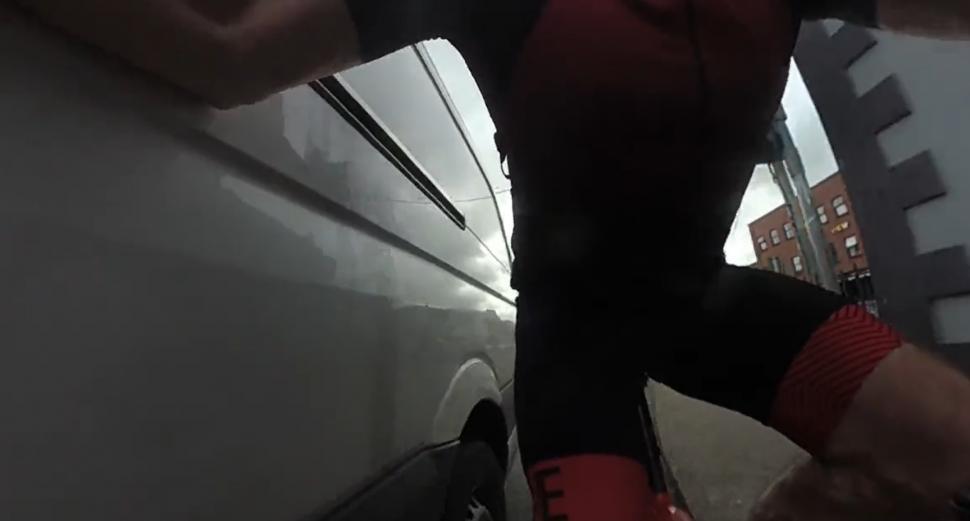 Near Miss of the Day 809: “Just doesn’t get closer than this” – Cyclist squeezed between van and kerb at bike lane pinch point

Today’s Near Miss is a certified classic of the ‘paint isn’t infrastructure’ genre, as a cyclist was forced to lean into a van and “hope for the best” after its driver veered into the poorly executed bike lane at a pinch point.

Cyclist John was riding this morning in Cork city, at the junction of South Terrace and George’s Quay, on a road which, despite its cycle lane, is notorious for close calls involving motorists seemingly oblivious to the protective powers of paint.

“I’m aware of the potential for this type of encroachment at this location,” John told road.cc.

“I spotted the car ahead of the van was already straddling the outer line of the bike lane and was the most likely vehicle to encroach, so I stopped pedalling so as not to intercept at the apex.

“Unfortunately, that lined me up with the van driver who, it turned out, was oblivious to the bike lane, let alone me. I had to lean into the van and hope for the best.” 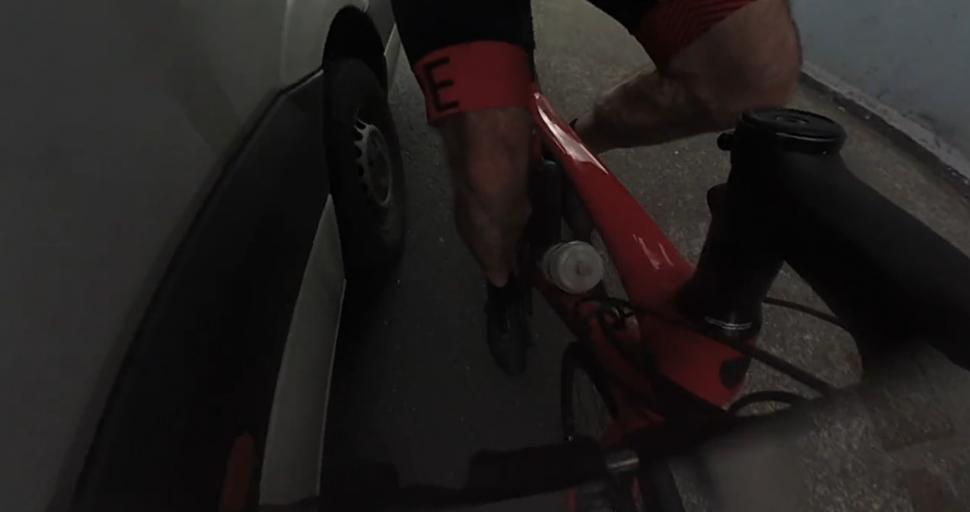 In the eye-opening clip above, posted to Twitter earlier today, the motorist comes within inches of clipping John who was just able to stay upright, thanks to some spectacular last-ditch manoeuvring.

After the incident, John stopped to tell the driver that he was “all over the bike lane” and had “nearly blew me off the kerb” – only to be met with, in the cyclist’s words, “No apology. Not a word. Just a stupid blank look”.

The video has already sparked some fierce discussion on Twitter, with one user describing the close call as “one of the worst I’ve seen”.

Now that is a shocker.

I can’t see any reason why the van driver should be allowed to keep their license after that. Only your instincts saved you from being pushed onto the kerb and potentially dragged under the wheels.

Others reckon that the driver’s decision to squeeze the cyclist between his van and the kerb was “deliberate”, while many praised John’s decision-making and bike handling, pointing out that a less experienced cyclist would have fared a lot worse in a similar situation.

Most Twitter users, however, focused on both the perilous layout of that particular junction and, more generally, the belief that paint – surprisingly – is not protection:

Not the first, not the last.

Exactly the same spot as a young French pedestrian was killed in a hit and run a few years ago (by the driver of a white van).
Appalling ‘driving’….I would not have been as calm.

This is desperately poor driving but it’s also an issue with this cycle lane which @CorkCyclingCrew has highlighted before and which @corkcitycouncil are aware of: https://t.co/7KDIB4SUlz

Paint is not infrastructure. Bloody useless and dangerous paint on the road. https://t.co/gr7yT0durr