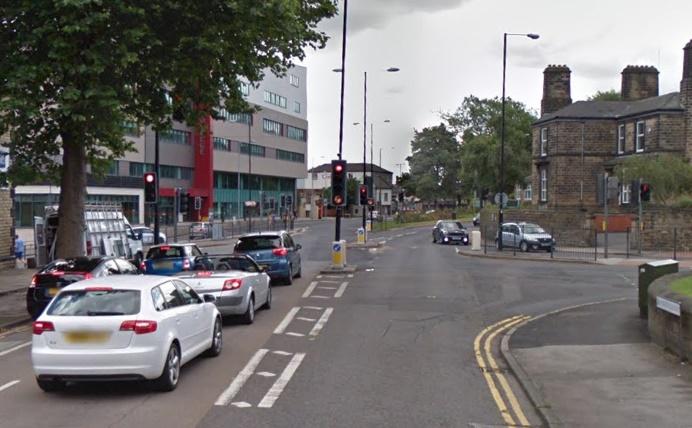 “I have no idea what he thought I had done,” said Jane Barrett. “I just went past him and then stopped at a red light. All I can think is because I was turning left, I was close to the kerb, so he couldn't get past. They like to weave around traffic, don't they?”

Barrett told the Examiner that after her manoeuvre on Huddersfield Road in Barnsley three weeks ago, the cyclist she had passed pulled alongside and started banging on the car roof.

She said he also hit the passenger window where her 15 year old daughter was sitting.

Barrett pulled into a layby and as she got out of the car, she claims the cyclist launched his bike towards her from around six feet away, denting the metal and scratching the paint.

"If I had not been holding the door, he would have trapped my leg,” she said. “He was in a proper rage, foaming. My daughter was terrified. She said she thought he was going to hit me."

At this point it seems the cyclist left and Barrett started following him.

At Old Mill Lane, he left the road to follow the route of the former canal.

Barrett said he then “popped out” at Cundy Cross, a couple of miles away, and she again followed him, losing him a little while later at Ardsley.

She reported the initial confrontation to police, and believes she has since identified the man on Strava.

She also said several people had contacted her on Facebook, complaining of similar attacks, after she posted photos taken during her pursuit.