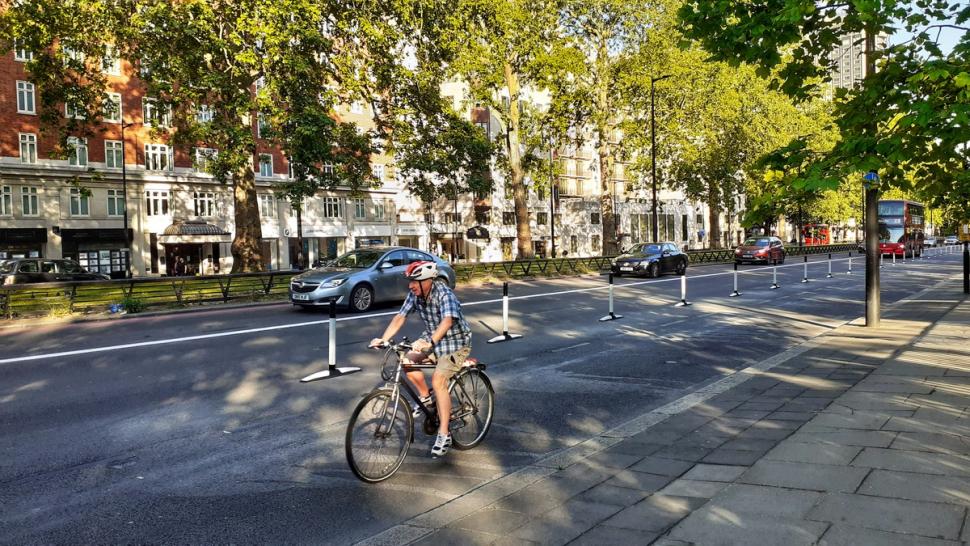 Study of 300,000 commuters in England and Wales says more active travel “will help limit the longer-term consequences of the pandemic”
by Simon_MacMichael

With local authorities across the UK installing emergency cycling infrastructure to help cope with an anticipated surge in the number of people commuting by bike as lockdown restrictions are lifted, a new study from Imperial College, London and the University of Cambridge, suggests that more people cycling or walking to work could reduce deaths from conditions including heart disease.

The study, which has been published in The Lancet Planetary Health, analysed data relating to 300,000 commuters in England and Wales from 1991 to 2016 and acts as a timely reminder of the health benefits of active travel in general, and cycling in particular.

Its findings include that, compared to those who drove to work, during the study periodpeople who cycled had:

a 20 per cent reduced rate of early death

a 16 per cent reduced rate of death from cancer, and

an 11 per cent reduced rate of a cancer diagnosis.

People walking to work had a 7 per cent reduced rate for cancer diagnosis compared to those driving, but associations with other outcomes, for instance relating to death from cancer or heart disease were less clear, possibly because those doing so were more likely to be in less affluent jobs and more likely to have underlying health conditions.

Dr Richard Patterson from the MRC Epidemiology Unit at the University of Cambridge who led the research commented: “As large numbers of people begin to return to work as the COVID-19 lockdown eases, it is a good time for everyone to rethink their transport choices.

“With severe and prolonged limits in public transport capacity likely, switching to private car use would be disastrous for our health and the environment. Encouraging more people to walk and cycle will help limit the longer-term consequences of the pandemic.”

Researchers used data from the Office for National Statistics Longitudinal Study of England and Wales, which links data from sources including the census as well as registrations of death and cancer diagnoses.

They also found that 66 per cent of people drove for their commute, 19 per cent went by public transport, 12 per cent on foot, and 3 per cent by bike. Men were more likely than women to drive or cycle to work, but the opposite was found for public transport or walking.

Senior author Dr Anthony Laverty of the School of Public Health at Imperial College London explained: “It’s great to see that the government is providing additional investment to encourage more walking and cycling during the post-lockdown period.

“While not everyone is able to walk or cycle to work, the government can support people to ensure that beneficial shifts in travel behaviour are sustained in the longer term.

“Additional benefits include better air quality which has improved during lockdown and reduced carbon emissions which is crucial to address the climate emergency,” he added.

Over the past decade or so, we’ve reported here on road.cc on a number of studies that have reached a similar conclusion – including the one at this link, published in January by academics at universities in Australia and New Zealand.

Our article on that study was published two days before the first confirmed cases of coronavirus in the UK and since then, of course, life has changed in ways we could not have imagined even a couple of months ago.

That includes cycling featuring high up the national political agenda, whether as a means of exercise or getting around, and cities around the countries taking space away from motor vehicles to create emergency cycling infrastructure.

Regular cycling, of course, is often described as a “panacea” – something that will cure all conditions – and while that word may not be the most appropriate to use in these times, its health benefits, already well documented, are once again reinforced by this latest study.

Research for the study, which has been published under the title, Associations between commute mode and cardiovascular disease, cancer, and all-cause mortality, and cancer incidence, using linked Census data over 25 years in England and Wales: a cohort study, was funded by the National Institute for Health Research (NIHR) School for Public Health Research.