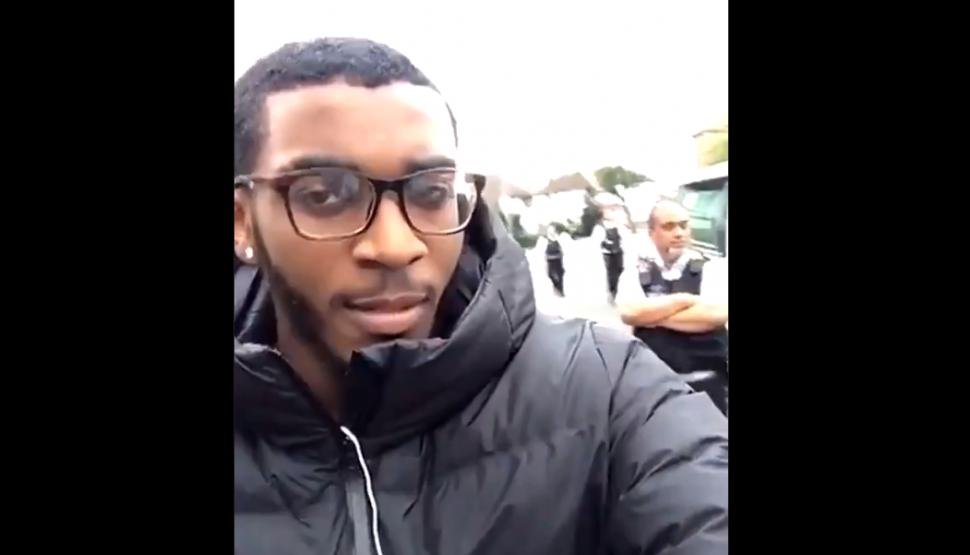 The Metropolitan Police has said it will speak to the officer who accused a cyclist of anti-social behaviour “to understand the full circumstances of the entire interaction.” A public complaint has been recorded after footage of the incident emerged earlier this week. Many have suggested that the cyclist was only stopped because he is black.

On Wednesday a video was posted to Twitter showing a Metropolitan Police officer accusing a cyclist of “anti-social behaviour”.

“Does this look like anti-social behaviour to you?” the cyclist asked the officer, gesturing at his bike.

She replied that it did, arguing that among other things, he was not wearing a helmet, hi-vis clothing or displaying a licence plate on his bike – none of which is a legal requirement.

The Met confirmed that a public complaint had been made about the incident.

A spokesperson said: “At around 20:20hrs on Tuesday, 30 June officers on patrol noticed a male riding his pushbike on the pavement in Upney Road, Barking.

“Officers approached him and stopped him to discuss the manner of his cycling.

“The man was not searched, was not arrested and after a short time he was allowed on his way.

“Police are aware of a video circulating on social media showing an officer providing advice to the man.

“We will speak to the officer to understand the full circumstances of the entire interaction and the advice that was given.

“A public complaint has been recorded and this will be assessed by the Met’s Department of Professional Standards.”

Last week a black teenager spoke of how he was knocked off his bike into thorny bushes by a plainclothes Metropolitan Police officer who also threatened him with a stun gun. The 13-year-old had been undertaking a charity bike ride with his father.

Both father and son were handcuffed before being released. Officers incorrectly suspected them of having been involved in a stabbing in a nearby park.