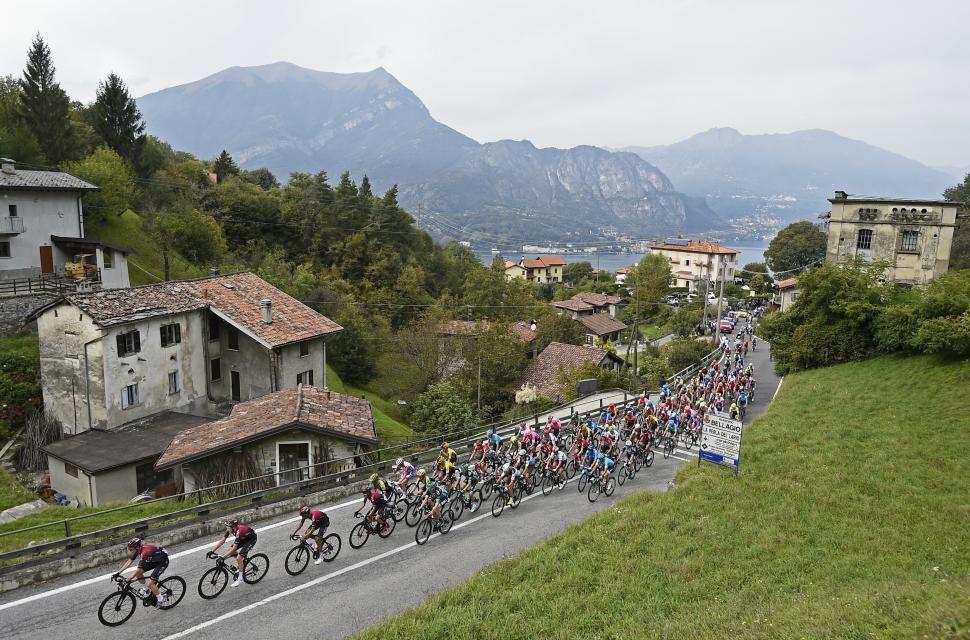 Jakob Fuglsang (Astana) took the win at the Tour of Lombardy. However, the closing stages of the race were greatly overshadowed by speculation about the condition of Remco Evenepoel (Deceuninck-Quickstep) after the Belgian rider crashed and went over the side of a bridge with around 40km to go. The bad news didn’t end there either as there was also time for a motorist to get on the course and left-hook Max Schachmann (Bora-Hansgrohe).

Evenepoel’s crash occurred while descending the Sormano on a fast, technical stretch where Vincenzo Nibali appeared to be pushing the pace.

After going over the barriers, it was at first horrifying unclear how far he had fallen.

While the drop was by no means insignificant, broadcaster RAI reported that the rider was conscious and able to respond clearly to questions.

His right leg and side were said to have taken the impact. 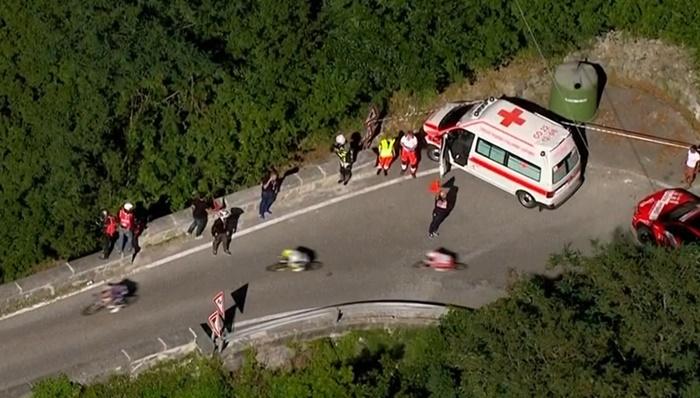 Evenepoel was tended to by doctors at the scene and then taken to hospital by ambulance.

He had been part of a small group of favourites which dwindled further until it comprised just Fuglsang and the winner of Wednesday’s Gran Piemonte, George Bennett.

The Dane distanced his rival with around 6km to go and rode to the finish alone.

Another crash followed however.

Almost immediately after Fuglsang took the win, television pictures showed a motorist who had somehow found their way onto the course turning across the path of German rider Maximilian Schachmann.