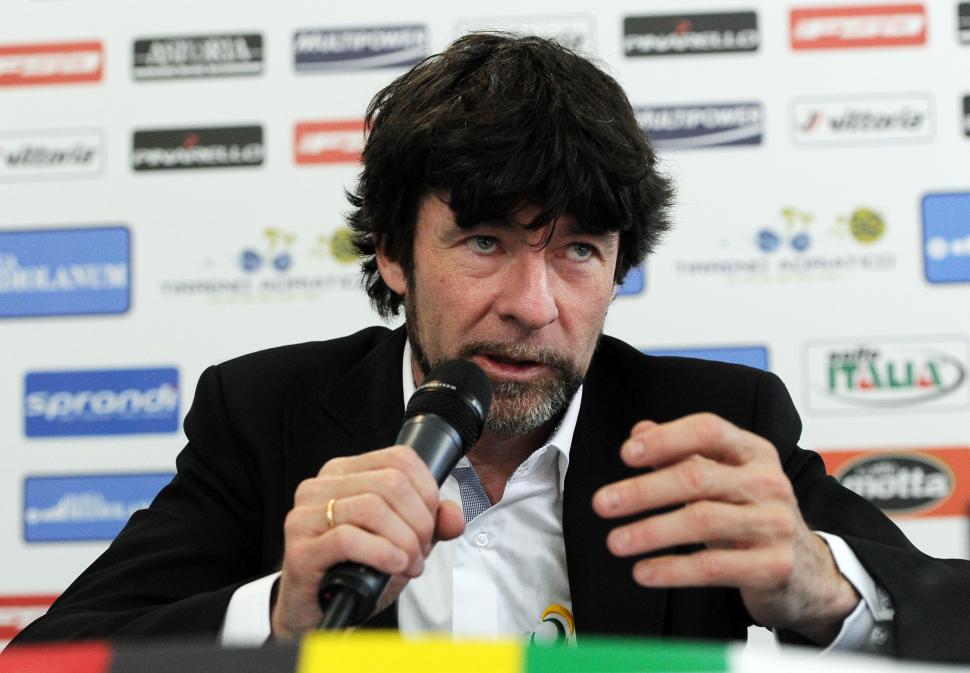 Ex-world champion and Giro d’Italia winner Gianni Bugno has escaped with nothing worse than 10 stitches after being knocked over by a motorcyclist riding a Harley-Davidson last Friday.

The incident happened at around 3pm on Friday near the Parco della Villa Reale in Monza, just north of Milan, reports the Corriere della Sera.

According to local police, the 58 year old was crossing the road “far away from a pedestrian crossing” when the motorcycle struck him, causing an injury to his left leg which needed 10 stitches to be inserted at Monza’s San Gerardo hospital.

Bugno revealed that the incident had given him a fright, but assured well-wishers that there was no great cause for concern over his condition.

“I was crossing the street where there was a long line of stationary traffic when a motorbike that was overtaking the cars hit me full on.

“It was a strong impact, but on the whole I came out of it well. You can stay calm, but I needed 10 stitches on my shin,” he added.

Winner of the Giro d’Italia and Milan-San Remo in 1990, Bugno won back-to-back road world championships during the following two seasons, as well as the Tour of Flanders in 1994, and he was also a stage winner at the Tour de France and Vuelta a Espana.

In retirement, he has piloted helicopters providing TV footage for races including the Giro d’Italia for Italian state broadcaster RAI, and stood unsuccessfully as a centre-left candidate for the regional government in Lombardy in 2010.

He remains the president of the CPA, which represents professional cyclists, and has campaigned regularly on issues related to rider safety, including last year when a woman holding a sign stepped into the road and caused a huge crash at the opening stage of the Tour de France, which led to three riders abandoning the race.

The CPA joined the criminal action against the woman – who was fined €1,200 in December by a court in Brest – as a civil party, seeking a symbolic €1 in damages.