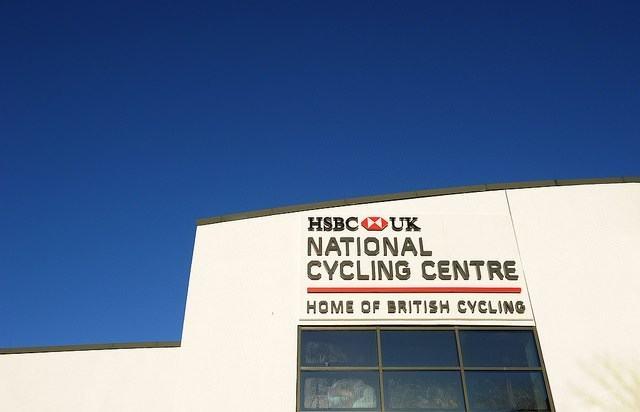 The head of British Cycling’s Olympic and Paralympic programme is one of more than 70 signatories to a letter calling on the UCI to tighten its rules on allowing transgender cyclists to compete in women’s events. Meanwhile,  in an allusion to the Emily Bridges case, Prime Minister Boris Johnson has said that he does not believe “biological males should be competing in female sporting events.”

The letter, dated yesterday and addressed to UCI president David Lappartient and other senior figures at world cycling’s governing body, is signed by “a group of retired Olympians, elite cyclists, scientists, researchers, and supporters of female cycling sport who wish to express our deep regret that it took a crisis situation to get us to the point where the UCI has admitted that rule 13.5.015 is ‘probably not enough’.”

Those were the words used by Lappartient last week after the UCI barred transgender cyclist Emily Bridges from making her debut in a women’s race at the British Omnium Championships in Derby last weekend, with British Cycling having previously said that the 21-year-old’s testosterone levels had fallen to sufficiently low levels to comply with the regulations set out by world cycling’s governing body.

The Guardian reports that the 76 signatories to the letter include Sara Symington, who represented Great Britain at the 2000 and 2004 Olympic Games and has since last October been head of British Cycling’s Olympic and Paralympic programmes.

“Recently, female athletes in the UK have shown you that they were willing to boycott their own National Championship competition to get the UCI and British Cycling to hear their concerns about fairness in their sport,” the letter said. “That is how seriously female athletes are taking this issue and we greatly respect what our sisters were willing to sacrifice to have their voices heard. We are saddened that this should ever have been necessary.”

“We believe that rule 13.5.015 does not guarantee female athletes ‘fair and meaningful competition that displays and rewards the fundamental values of the meaning of the sport’,” the letter continued.

“We believe that the rule is asymmetric and thus discriminatory in that it advantages only biological male athletes by providing them greater opportunity to compete and enjoy the rewards of sport at its highest level.”

It calls on the UCI to provide “robust scientific evidence that the rule guarantees fairness for female athletes,” and says that in the absence of that, it should be scrapped and the governing body should “and implement eligibility criteria for the female category that is based on female biological characteristics.”

The letter concluded by thanking Lappartient “for his recent public comments and support of female athletes,” and that the signatories “realise we all share the same goal – a sport which is fully inclusive that ensures fairness for our female athletes.”

Johnson alluded to the Bridges case this morning when speaking to the press during a visit to a hospital in High Wycombe.

“I don't think biological males should be competing in female sporting events,” the Prime Minister said. “Maybe that's a controversial thing to say, but it just seems to me to be sensible.”

His remarks came the day after it was confirmed that a planned landmark conference on LBGTQ+ issues, due to be hosted by the UK government in June, had been cancelled after dozens of organisations including the charities Stonewall and the Terrence Higgins Trust boycotted the event after the government said that trans people would not be included in a ban on conversion practices.

On Monday, Stonewall said that it would no longer participate in the Safe to Be Me conference because of “the Prime Minister’s broken promise on protecting trans people from the harms of conversion therapy.”

Resigning yesterday as the government’s LBGT+ business champion, Iain Anderson said that “conversion therapy is abhorrent” and that news “that trans people would be excluded from the legislation and therefore not have the same immediate protections from this practice was deeply damaging to my work.”

He added: “Now – more than ever – we need tolerance and respect in our national conversations.”

Besides sharing his opinion that transgender women should not take part in female sporting events, Johnson said today: “I also happen to think that women should have spaces – whether it's in hospitals, prison or changing rooms – which are dedicated to women. That's as far as my thinking has developed on this issue.

“If that puts me in conflict with some others, then we have got to work it all out,” he continued. “It doesn't mean I'm not immensely sympathetic to people who want to change gender, to transition and it's vital we give people the maximum love and support in making those decisions.

“These are complex issues and they can't be solved with one swift, easy piece of legislation. It takes a lot of thought to get this right.”

Bridges, who wrote about her struggles with gender dysphoria and its impact on her in an article for Sky Sports on Coming Out Day in 2020, began undergoing hormone therapy last year.

Ahead of the National Madison Championships, it was confirmed that her testosterone levels were low enough for her to compete in women’s events under British Cycling’s Transgender and Non-Binary Participation Policy.

The rules, in line with UCI regulations, require transgender to have testosterone levels below 5 nanomoles per litre for a year (men generally range between 10 and 30 nanomoles per litre) before being permitted to compete against other women.

After she was barred from competing in the National Omnium Championships, Bridges said in a statement: “I am an athlete and I just want to race competitively again. I hope they will reconsider their decision in line with the regulations.

“I've been relentlessly harassed and demonised by those who have a specific agenda to push.

“They attack anything that isn't the norm. This is without care for the wellbeing of individuals or marginalised groups,” she added.