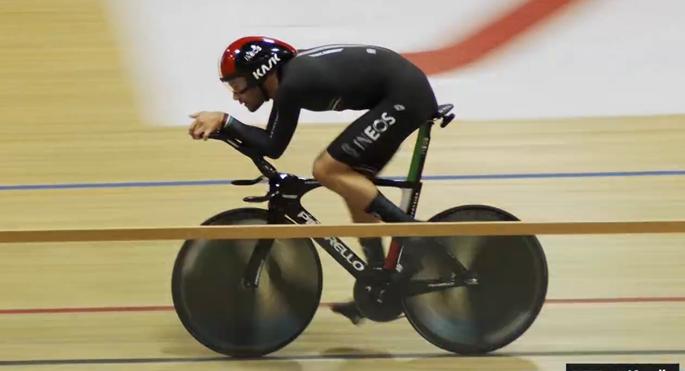 Filippo Ganna etched his name into cycling’s history books tonight, breaking not only Dan Bigham’s UCI Hour Record by over a kilometre, but also Chris Boardman’s seemingly unbeatable ‘best human effort’ of 56.375km, to set what may well prove a new insurmountable benchmark of 56.792km.

The fastest, the furthest.

In what was arguably the most hotly anticipated assault on cycling’s most illustrious record for over two decades, the Olympic team pursuit gold medallist and two-time world time trial champion put in a staggering ride in Grenchen, Switzerland.

A steady start soon gave way to a relentless effort from the Italian Ineos Grenadiers rider throughout the hour, which only truly began to turn ragged in the closing minutes and especially once Bigham's effort had been surpassed.

That clear, sustained effort ensured that Ganna even blitzed by over 400 metres Boardman’s 1996 mark, achieved using the now-banned ‘superman’ position and in the era of the superbikes, before the UCI controversially overhauled the rules regarding equipment and position, and recategorised the marks achieved by Boardman, Graeme Obree, Miguel Induráin and Tony Rominger during the 1990s.

Congratulations @gannafilippo haven’t watched one in quarter of a century, glad I tuned in, a beautiful thing to witness 👏👏👏

Despite a relatively disappointing showing at the world time trial championships in September, which raised questions about the 26-year-old’s form, Ganna never truly looked like falling short of the record set in August by Bigham, who himself has played a crucial part in the Italian’s career-defining success through his role as the Ineos Grenadiers’ performance engineer.

But it is the Italian’s sensational smashing of Boardman’s record – setting a new unified benchmark by riding further in one hour than any other cyclist in history – that will truly cement Ganna’s name in cycling legend and define this new era for the Hour Record. 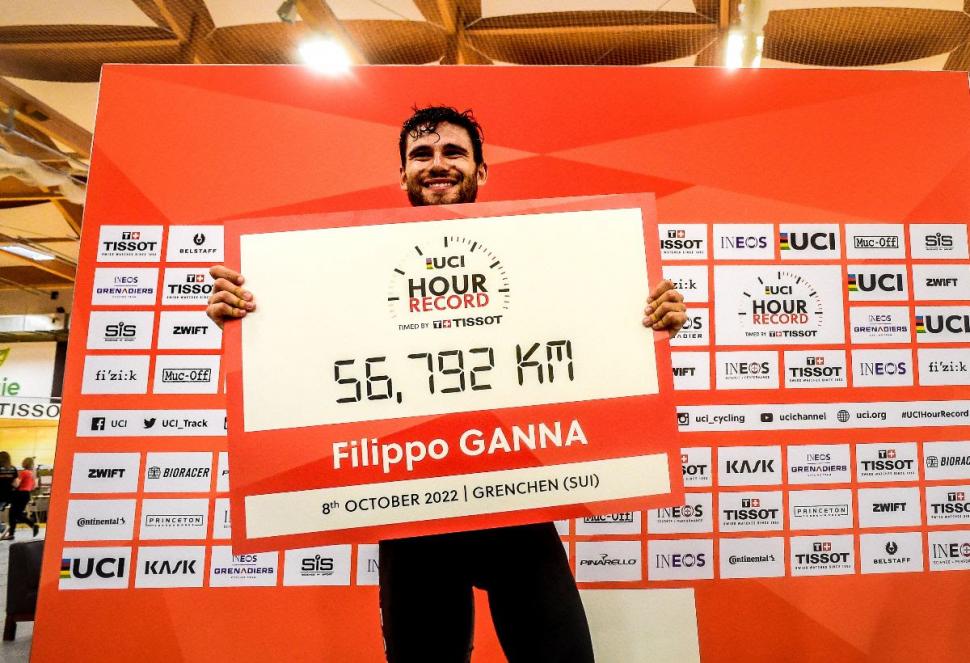 “Today to arrive at this amazing goal is fantastic for me, and for all the staff who have worked for a long time to arrive at this result,” a remarkably fresh and calm Ganna said after breaking the record in the Tissot velodrome in Grenchen.

When asked whether he thought it would be possible to break Boardman’s 26-year-old record, Ganna said: “This morning I think [I just wanted] to break the record by one metre. But in the end, I said I wanted to do more. I think this result is amazing, [56.792km] is not bad.”

So for perspective if you were to lay over all the hour records simultaneously, ganna has lapped these riders this number of times;

Worryingly for any rival perhaps inspired to challenge Ganna’s new benchmark, the Italian even suggested that he will attempt the Hour again, and warned that he could potentially go further than his history-making ride this evening.

“I think next time, maybe, I will try in another part of the season with more fresh legs and we can go [higher] again,” he said.

“But I think this result is amazing. Now we think about recovery and maybe try to celebrate it together.”

Asked if he started to feel the pinch around the 40-minute mark – a traditional make-or-break point for hour record attempts – Ganna replied: “No, I think the cut-off is in the last five minutes, which should be like when we do the torque effort on the track. But it’s completely different, and the legs have lost a lot of energy trying to do the 57kph. There’s nothing. But it’s okay.” 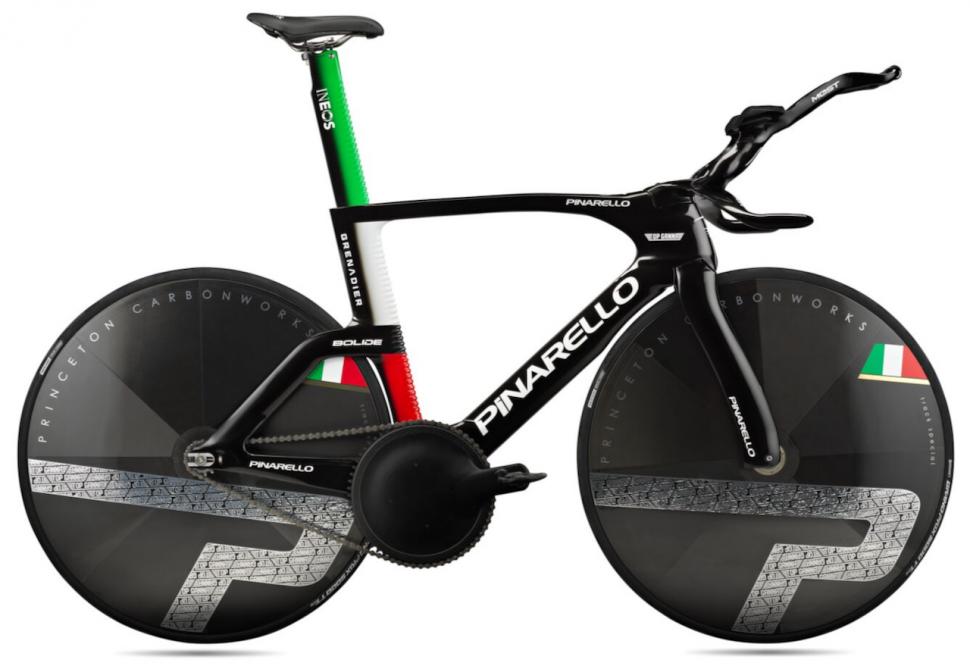 Tonight’s unprecedented ride – the first time that can truly be said about the Hour Record since 1996 – sees Ganna become the fifth Italian (after the likes of Fausto Coppi and Francesco Moser) to break the record, and the fourth rider to achieve the feat on a Pinarello bike, following in the wheel tracks of Induráin, Bigham and Bradley Wiggins.

Ganna’s record was achieved aboard the Italian brand’s Bolide F HR 3D, which Pinarello says is the “the first high-performance 3D-printed bike”, built to conform specifically to the double time trial world champion’s anatomy, in order to maximise comfort and overall aero performance.

Perhaps most staggeringly, Ganna – after finally putting to bed over a quarter of a century of caveats and fudged statistics with one potentially era-defining ride – will now turn his attention to the world track championships this week in Saint-Quentin-en-Yvelines, where he will lead the Italian team pursuit squad’s qualifying bid on Wednesday.

An hour record and a rainbow jersey all in the same week? Judging by tonight, you wouldn’t put it past the flying, history-making Ganna.