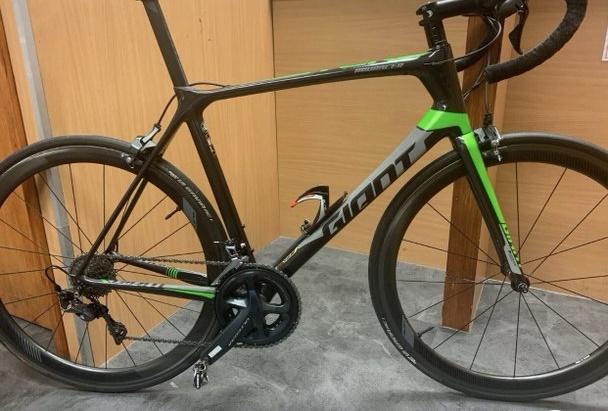 An eBay shop refused to sell a bike to a man because he is from Liverpool. Ray Watt made an offer of £1,000 for a Giant TCR Advanced Pro during the auction, but was then sent a message by the seller saying, "Hi sorry too low, and would be unhappy if I sold to Scouser."

The Liverpool Echo reports that Watt expected that the offer would be seen as too low, but that he had been willing to pay more.

"But he came back saying he wouldn't sell to Scousers. I nearly fell over when I read it, I couldn't believe it." 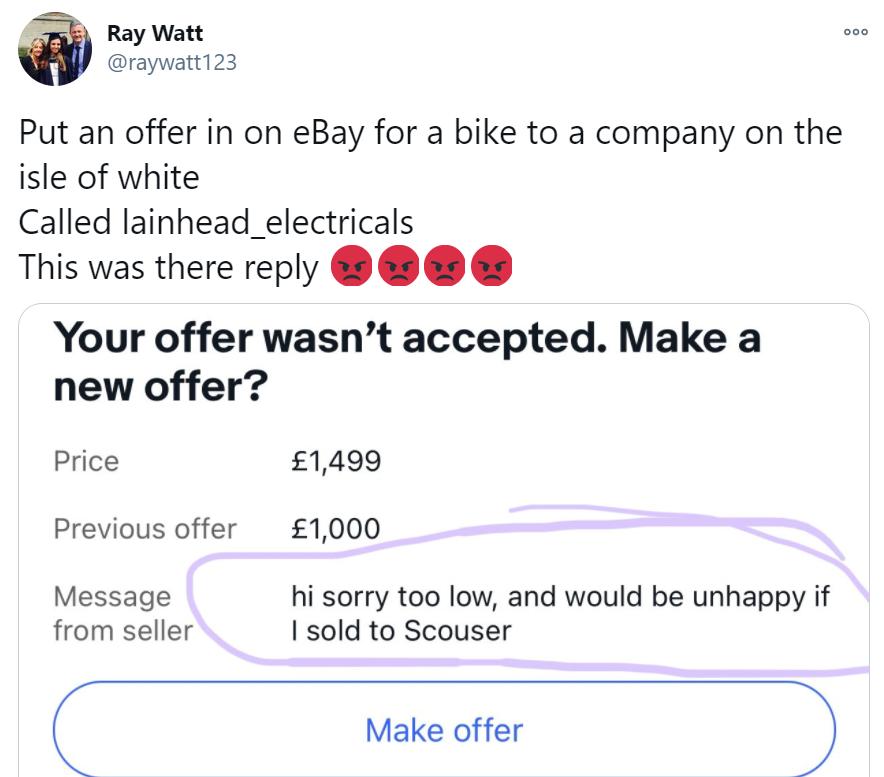 The bike was being offered by Lainhead_electricals, which has 99.9% positive feedback on eBay.

Someone from the shop appears to have replied to Watt on Twitter since the Echo article was published.

Danny Grimes said: “My general manager got drunk last night and sent that stupid message. I am so very sorry. There is no excuse for it. It is difficult and people are stressed but it doesn't excuse what he did. We deserve all of the trolling. So very sorry.

“Some of our employees support Liverpool FC and maybe he thought it was funny at the time as I notice on company chat there is some banter. We will honour the offer you made and fine him for misconduct.  Please be assured we do not think what he said.”

Grimes added that the person in question was going to make a £200 donation to Liverpool food bank initiative Fans Supporting Foodbanks.

“We are not going to sack him as life’s a bit crap now and he’s decent chap. Hope he learns. All the best.”

Watt tweeted: “I think we can say that is a fair apology from the company and I hope this person in question never makes comments like this again.”