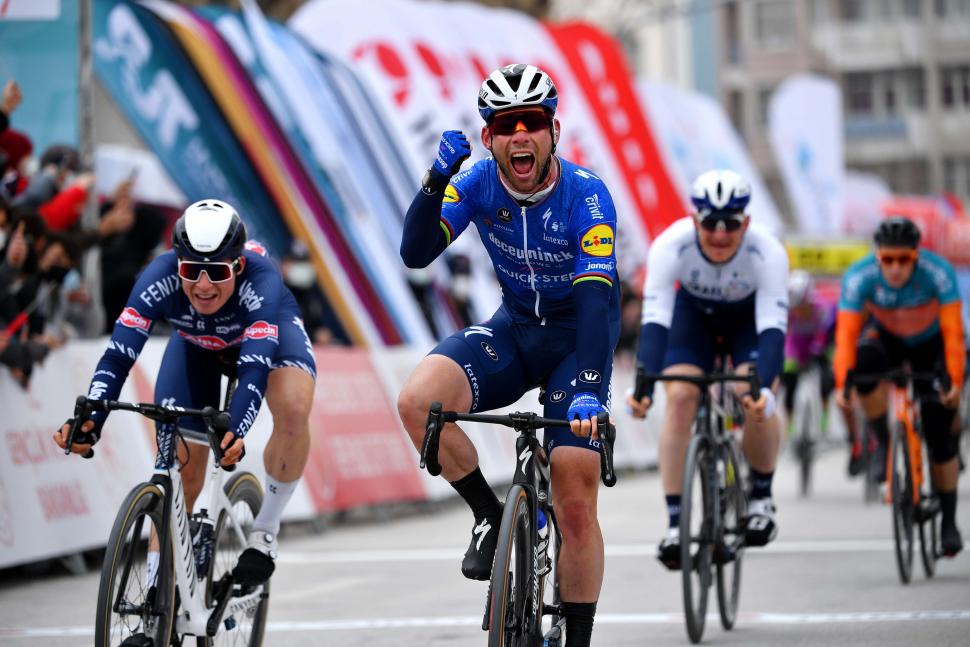 Patrick Lefevere says having both sprinters in the race could have affected confidence of Bennett, now recovered from knee injury
by Simon_MacMichael

Mark Cavendish will not ride the Tour de France, Deceuninck-Quick Step manager Patrick Lefevere has confirmed, adding that with last year’s green jersey winner Sam Bennett now recovered from a knee injury there was never any prospect of both sprinters being included in the team’s line-up.

Cyclingnews.com reports that after deciding to go with Bennett, Lefevere told sports director Brian Holm to call Cavendish to break the news to him.

The former world champion is the most successful sprinter in the history of the race with 30 stage victories, and once individual time trials are taken into account, only Eddy Merckx, with 34, has more.

But his last stage win came in 2017, with Cavendish struggling with illness in the 2018 race, finishing outside the time limit on Stage 11, and he was not selected for the past two editions.

“The deal was that Bennett should go and if he's ok, like he’s said he’s ok, then we wouldn’t go with two sprinters,” Lefevere told Cyclingnews.com today.

“From what I understand from his DS, his knee is better and today he’s doing another long training session but normally he should be okay.”

He explained that part of the reason for not selecting both riders was the potential effect on Bennett’s confidence.

“Sam isn’t the strongest in his own head,” he said. “If everything goes well then he becomes stronger and stronger, as we saw in the Tour last year, but if he has doubts and we bring someone like the second sprinter, and he has Mark Cavendish on his wheel, he becomes nervous about this. Very nervous.”

Now aged 36, last Sunday Cavendish won the final stage of the Baloise Belgium Tour, his fifth win of the season, the first four coming in April at the Presidential Cycling Tour of Turkey, where his Stage 2 win was his first success in more than three years.

Lefevere said that Cavendish has been rejuvenated as a rider following several years in which he was plagued by illness and injury, and could still be racing next year.

“He has a lot of confidence after his win in Belgium and he’s like a kid again on the bike. He’s always smiling and even when it goes badly the real Mark Cavendish comes back and talks about his next goal. Everyone in the team loves him.”

The prospect of Cavendish replacing Bennett at the Tour had been raised by Lefevere himself in his regular column for the Belgian newspaper, Het Nieuwsblat.

He said that should the Irishman not recover in time, that could open the door for Cavendish to take his place – but it would need a renegotiation of his contract, given he joined the team in a last-minute deal in December on the UCI minimum wage, financed by a personal sponsor.