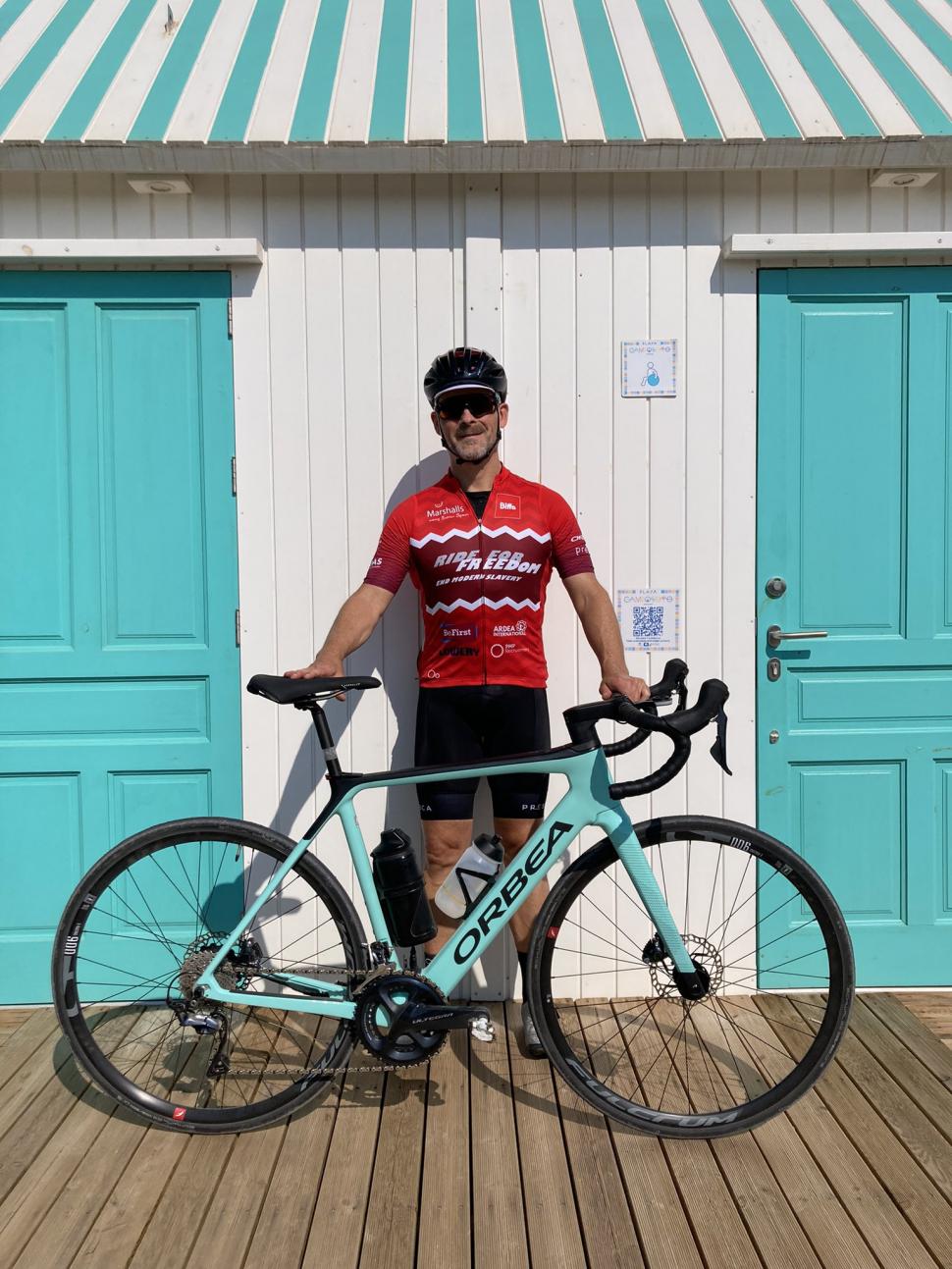 “People are trafficked from Africa, across the straits of Gibraltar from Africa into Spain, and are taken across on dinghies or speed boats so they can be handed over".....
by Will Bolton

A cyclist is setting out to break a world record as he follows a route used for human-trafficking to raise awareness of the issue of modern slavery.

Gordon Miller, from London, will cycle roughly 1,800 miles (2,900km), having started in Cadiz in southern Spain on Friday October 1 and ending in London on October 18 which is Anti-Slavery Day.

Part of the journey will see him attempt to break a Guinness World Record for the greatest distance covered by an electric bicycle in one week, on an Orbea Gain e-bike, which starts in Cadiz and finishes in Mallabia in the Basque Country on October

Mr Miller said: “I want to do a Guinness World Record challenge because of the profile it gives the activity and the awareness it helps raise.

“(The route) was chosen because this is an acknowledged route by anti-slavery/trafficking charities.

“I’m not saying it’s the exact route that people will be trafficked along as no one actually knows the route but the victims themselves as some have been blindfolded or chucked in the back of a wagon so they have no idea.

“It is highly likely that this kind of route is the route that people will have been trafficked along.

“People are trafficked from Africa, across the straits of Gibraltar from Africa into Spain, and are taken across on dinghies or speed boats so they can be handed over.

😁Wow! What a first day to begin my 7 day #GuinnessWorldRecord @GWR attempt. Started & finished in the dark🚴‍♂️https://t.co/HLTMQCRlvd#EndModernSlavery#RideForFreedom2021 pic.twitter.com/ImVHLyYPKC

The name of his upcoming cycle – El Gordo – has a special connection, as the lottery in Spain is called El Gordo, which translates to “big one”, The Evening Standard reports.

The cycling challenge supports the development of Freewheel by Ride For Freedom, a community interest company set up by Mr Miller which empowers survivors of modern slavery to cycle, with the hope that survivors will gain independence and mobility.

"Several survivors who are at the unseen safe houses have said that they would like to have some bicycle training and road proficiency awareness training,” Mr Miller said.

"We’ve given them a bike, lock, helmet, lights, all the things that you need to be safe and secure on the road.

“When we’ve proven this model, as we want to demonstrate that cycling helps them with mental and physical health and wellbeing and their mobility and independence, the ambition is that we roll this programme out across the UK, in other cities.

“I’m already talking with other charities about getting involved with them, for them to put their survivors forward so we can roll it out around the country.”