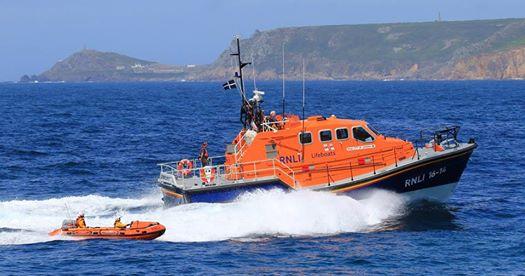 It took Harry Lidgley five weeks to visit all 168 lifeboat locations, starting and finishing in Poole
by Simon_MacMichael

A cyclist from Hampshire has completed a 7,000km ride in which he visited all 168 RNLI stations on the UK mainland – and in the process has raised more than £6,000 for the charity.

It took 23 year old Harry Lidgley just 34 days to complete his journey, against an original target of 42 days, reports the Andover Advertiser. He set off from Poole, Dorset on 1 May, and completed his ride there last Thusday.

The university graduate, who describes himself as “an aspiring endurance and adventure athlete” – he spent last summer rowing around the British coastline – climbed a total of 65,000 metres over the five weeks, equivalent to eight ascents of Mount Everest.

Throughout the self-supported ride, the elements were more challenging – including at various times strong headwinds, hailstorms, pouring rain and, as he neared the end, searing temperatures.

“I got everything out of the challenge that I had been hoping to: immense satisfaction at completing my circumnavigation, the chance to cycle through some spectacular regions around our coastline, and the opportunity to meet many RNLI crew members,” Lidgley said.

“Everyone I met was really enthusiastic about my challenge, which was always a great morale boost!”

Throughout the ride, the elements presented their own challenge – including at various times strong headwinds, hailstorms, pouring rain and, as he neared the end, searing temperatures.

“On days like these I just had to grit my teeth and do the best I could,” said Lidgley “but these are the really valuable days that build your capacity to endure and your mental resilience. It’s all good training for future events!”

The RNLI has saved more than 140,000 lives at sea since it was founded in 1824 and relies entirely on charitable donations, and you can contribute to the GB Lifeboat Cycle Just Giving page here.