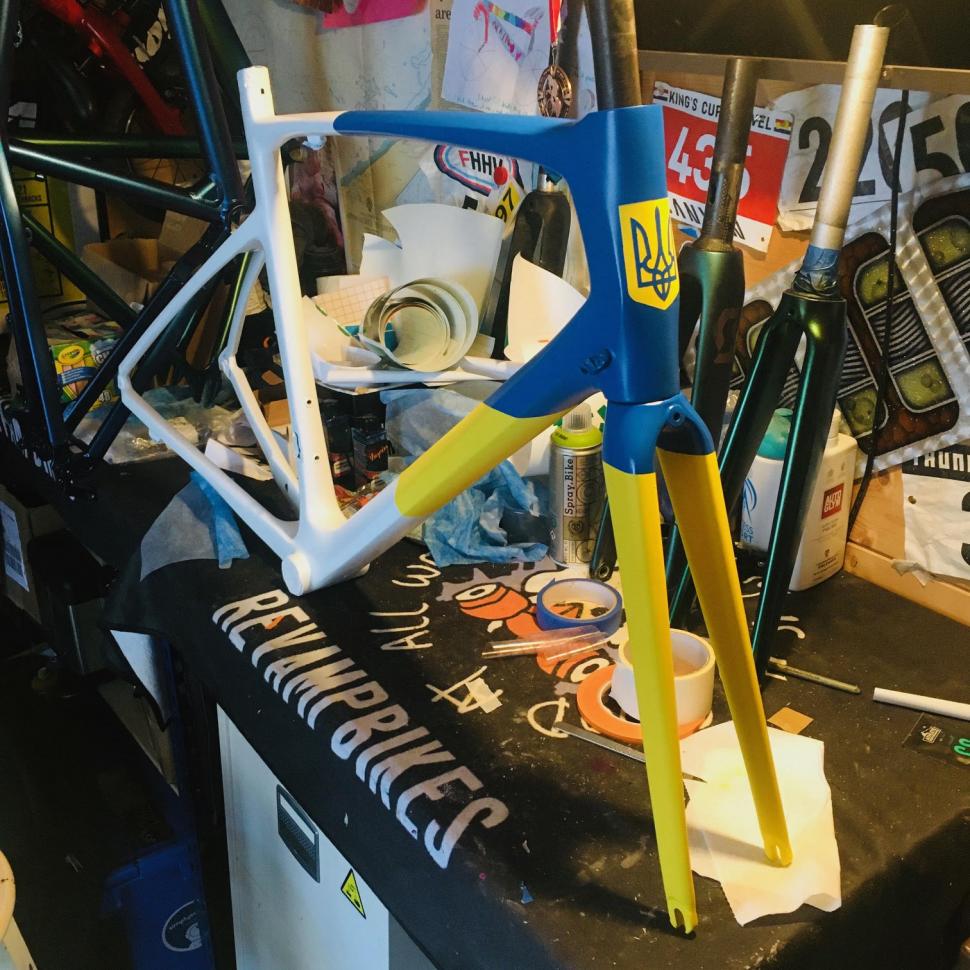 “I want to raise awareness of the challenges faced by Ukraine not just now, but years into the future,” says communications CEO Tom Hashemi
by Ryan Mallon

A London-based cyclist is gearing up to ride 2,000km across Europe, to Lviv in western Ukraine, to raise money to help clear landmines in the war-torn country.

Tom Hashemi, the CEO of communications agency Cast from Clay, says he was inspired to organise the epic ride, which will raise funds for the Mines Advisory Group (MAG) – a Manchester-based charity that clears landmines across the world as well as supporting those affected by them – when he heard that children make up a disproportionate number of mine victims.

“Their parents tell them not to go in the areas that are thought to be mined, and children being children do exactly what they are told not to. The results are life-changing or life-ending,” Hashemi wrote on his JustGiving page.

“I thought of my son, Finn. He’s just turned five. When I tell him not to do something, the first thing he does is do it.”

As well as making the “return home less dangerous for Ukrainian children”, Tom also told the BBC that he was motivated to do the ride as he has colleagues in Ukraine – based in Lviv, the finish line of his planned route – who have been affected by “power cuts, curfews, and Russian missiles”.

According to MAG, it costs around £500 for one landmine to be cleared. Tom says he hopes his ride, which will commence in late April, will raise £20,000 – enough to clear roughly 40 landmines.

The cycling CEO’s journey will take two weeks (with two rest days factored in), meaning that Tom will have to average 140km a day, taking in seven countries in total.

He will be joined by a group of colleagues on the first leg from London to Dover – which he says will be taken at a “very achievable pace” – while some also plan to continue on through Belgium and the Netherlands. Finally, Cast from Clay’s Ukrainian contingent will join the British cyclist on his final 70km leg from the Polish border to Lviv.

Tom is also encouraging anyone who fancies a spring spin through western Europe to join him. “The more who take part, the more we can raise,” he says.

Besides his potential travelling companions, Hashemi will be accompanied on the trip by his rather eye catching Giant Defy, the frame of which has been snazzily resprayed for the occasion in the colours of the Ukraine and UK flags:

The amazing Matt at Revamp Bikes (IG: @revampbikes) is respraying the bike I'll ride from London to Ukraine in #UK & #Ukraine colours.

Here's the design, and here's how it's coming along.

The CEO hopes his fundraiser will encourage people to “think long term” about how they can support Ukraine, almost a year on from Russia’s invasion.

Noting that landmines will remain in the country “decades after the conflict ends”, he said: “It’s not just about sending weapons or taking in refugees. I want to raise awareness of the challenges faced by Ukraine not just now, but years into the future.”