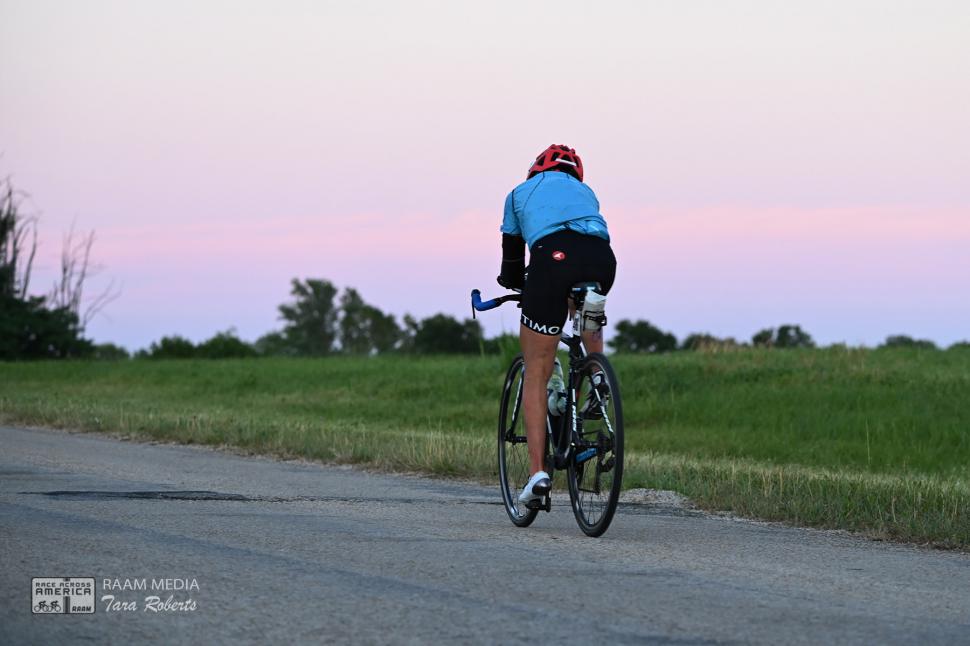 The 52-year-old completed 'the toughest bicycle race in the world' in a time of 11 days 3 hours and 3 minutes...
by Will Bolton

Ultra cyclist Leah Goldstein has made history by becoming the first woman to win the brutal Race Across America.

Leah previously competed in the event in 2019, when she won the women's solo category, breaking the previous record by 12 hours.

> Who is Fiona Kolbinger? The medical student who became the first woman to win the Transcontinental Race

This year's course, beginning in Oceanside, California, climbed 175,000 feet and crossed 12 states, before finishing at City Dock in Annapolis, Maryland.

Leah saw off fierce competition to take a historic victory at the race, which was first established in 1982.

I was lucky enough to be present to see history being made when Leah Goldstein became the First woman to win the #RAAM! Amazing! pic.twitter.com/g0mNvgTKVN

During the race, the organisers posted on Facebook, giving an insight into the gruelling day to day life of the eventual winner.

They said: "Goldstein has reportedly changed her sleep schedule from what she did in 2019.

"Last time she alternated between taking a 90-minute and a three-hour sleep each night. This year she is sticking to three hours for a deeper REM cycle and that seems to be working better.

"She has chapped lips, saddle sores - all the usual things that come with RAAM. But aside from those expected issues, she seems to be holding strong."

Speaking at the finish, Leah’s teammate, Connie Cantrell, said: “Actions will always speak louder than words in my book.

"Make your actions speak volumes and don’t be afraid to calmly tell someone that their snap judgment in words is incorrect. Use your own words to spread kindness. Don’t let anyone’s words label you.”

Born in Canada, Leah was raised in Israel and she spent 9 years in the Israeli special forces before embarking on a career as a professional road cyclist.