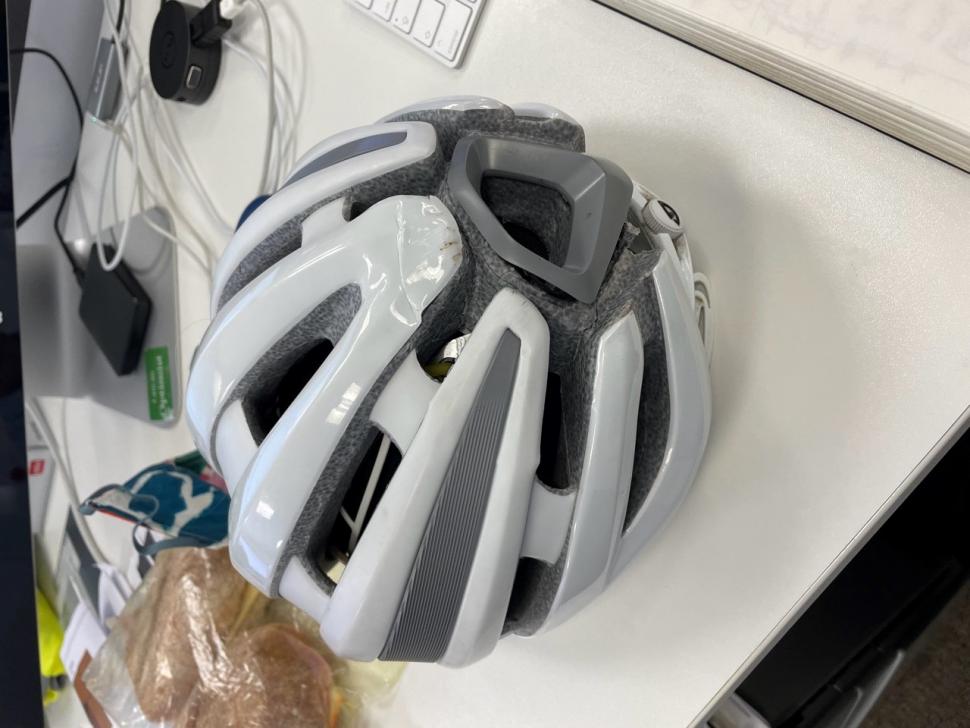 He suffered a brain bleed and a concussion while on his way to work, but didn't realise until later that day...
by Will Bolton

A cyclist who suffered a bleed on the the brain after a mystery crash in Regent's Park  on his way to work is appealing for witnesses to try and find out what happened to him.

The man was commuting between 7.20 and 7.40am on August 11 when something - he cannot remember what - happened and left him on the floor.

Police said they do not know if a vehicle was involved and shared an image of the rider's helmet which appears to have a dent in the back.

The man suffered a brain bleed and a concussion, but didn't discover this until later that day.

He was cycling by the Hanover Gate in the Outer Circle at the time.

After the incident, which involved him being unseated from his bike, he got back on and cycled to work.

It was only when he later felt ill that he went to hospital and discovered the extent of his injuries.

He reported the incident to police a week later, and officers and Royal Parks officials are now seeking to help him work out what happened.

The Royal Parks's dedicated police officer Will Richards tweeted: "A male has got in contact with @theroyalparks to ask if anyone can piece together for him how he came to suffer a bleed on the brain and concussion while cycling to work. He has no memory of how he came to be so seriously injured!"

He added: "His bike has a minor scuff to the front handlebar, and a misaligned front wheel.

"We simply don't know if any vehicle was involved or not. As previously stated by@theroyalparks there's no conspiracy here, simply trying to help a cycle commuter piece together what happened."

Anyone who witnessed what happened or who has dashcam footage should email regentspark [at] met.police.uk or regents [at] royalparks.org.uk.

I wonder how he was able to get a dent in the back of his helmet. I'd find it really hard to believe he got bucked by a deer. Or took the curb badly. If this is a hit and run, I'm afraid to say @theroyalparks should really consider shutting the circle to cars. #climatebreakdown