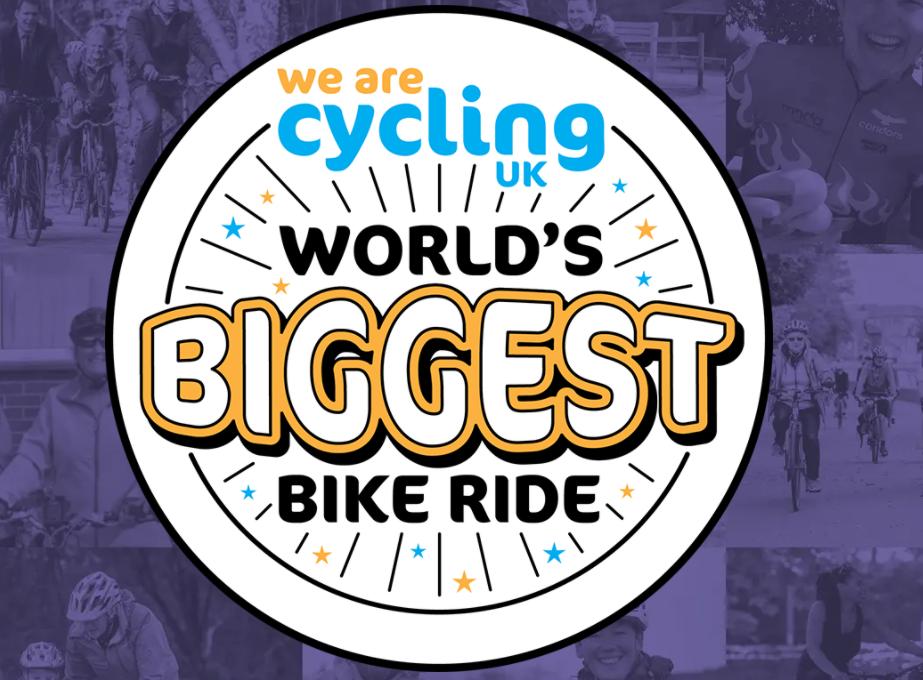 Owners of 20 million-plus bikes across the country are urged to get in the saddle next month to send message that cycling isn't a minority interest...
by Simon_MacMichael

Cycling UK is calling on the UK’s 20 million-plus bike owners to join in on what it is billing as the World’s Biggest Bike Ride on Saturday 12 September.

The initiative forms part of the national cycling charity’s Pumped Up campaign which has been running throughout the summer and aims to build on the renewed interest in cycling due to the coronavirus pandemic.

Cycling UK director, Matt Mallinder. said: “Imagine if everyone who owns or has access to a bike in the UK all went out riding on one day. We’d have millions of people leaving their cars at home and showcasing the amazing benefits of cycling.

“In many respects, we’re already in the midst of a massive big ride with numbers of people cycling during the lockdown reported to be up by 200 per cent. We want to inspire people to keep riding.

“Even the Prime Minister called it a ‘golden age of cycling’ while promising one of the most comprehensive sets of measures ever to capitalise on that trend. Now we want cyclists everywhere to stand and be counted.”

As part of that campaign, Cycling UK recently launched Pumped Up Portraits, which uses pictures and text to showcase 50 people across the country who have made cycling central to their lives.

Anyone wanting to form part of the World’s Biggest Bike Ride can find out more information and sign up for free here.

Mallinder added: “It doesn’t matter whether you’re old or young, fast or slow, prefer to ride on the road or the trails, the important thing is that everyone gets out and rides.

“We know the powerful effects of cycling, for the communities where we live and work, but also on our health and well-being.

“Cycling is sometimes portrayed in the media as a minority interest activity – but if we all got out and rode on the same day, that would send a really powerful message that we’re a force to be reckoned with.”

Last week, we reported how Cycling UK has partnered with more than 150 organisations and locations throughout England for free bike checks to help get neglected bikes – and their owners – back on the road.

It has also teamed up with the Scottish Government for the Scotland Cycle Repair Scheme, under which people living north of the border can have the first £50 of bike repairs carried out free.

More than 100 bike repairers have signed up to the £1.5 million scheme, with 30,000 repairs available across the country – and unlike the Fix Your Bike scheme in England, no voucher is required.