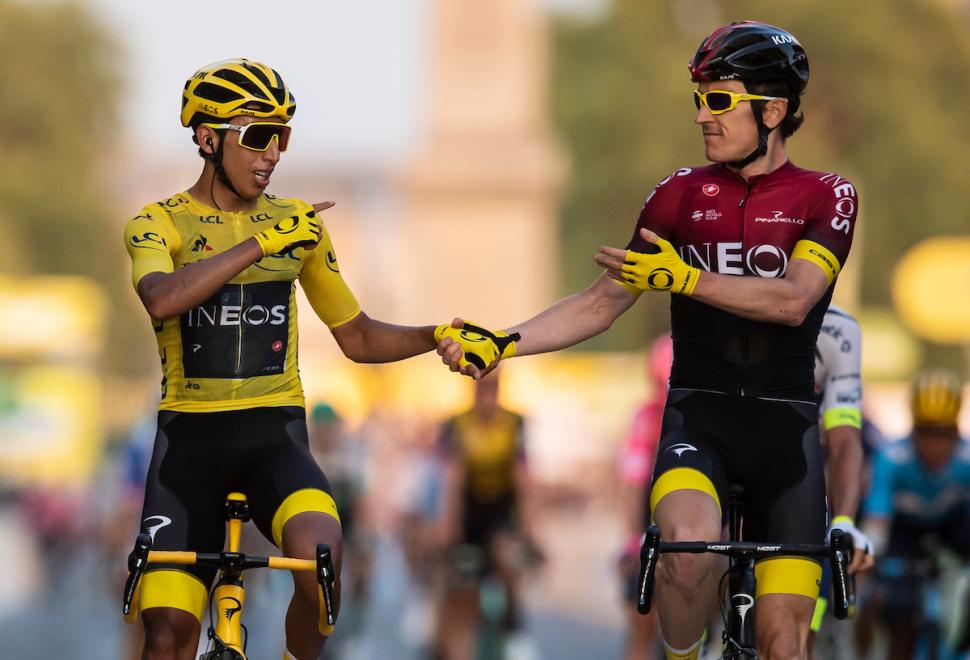 Updated: Confusion over how plans to exit lockdown may affect Tour de France

There is confusion this evening over whether the Tour de France can go ahead on 29 August, the date that the race, postponed by the measures taken to contain the coronavirus pandemic, has been rescheduled for.

Earlier today, as he announced plans for France to come out of lockdown, Prime Minister Edouard Philippe said that there could be no team sports until September at the earliest.

But according to Le Monde, the country’s sports ministry says that “at this stage, the current doctrine does not envisage the postponement or cancellation of the race,”

The ministry added that “adjustments” might be made to the event, and that “there will be regular contact to refine any decisions.”

AG2r-La Mondiale rider Romain Bardet – in 2017, the last Frenchman to stand on the final podium on the Champs Elysees – said: “I did not interpret the Prime Minister's statement as a bad sign for the Tour de France.

“We know how big the Tour is and that it’s in three months’ time.

“Until then, not to mention a free pass, there may be the possibility of some accommodation; that doesn’t definitively condemn the event. But we’re all waiting for further details.”

Our original article, published today at 17.01, appears below.

Hopes that the Tour de France could start in Nice on 29 August appear to have been brought to an end with the country’s Prime Minister Edouard Philippe confirming this afternoon that no team sports events can be held until September at the earliest.

The revised dates of 29 August to 20 September for the 107th edition of cycling’s biggest race were announced by organisers ASO last week.

The organisation also hoped to run the Criterium du Dauphiné one-day race earlier in the month, partly to help riders ease back into racing ahead of the Tour de France.

Addressing the French parliament’s lower house, the Assemblé  Nationale, this afternoon, Philippe said that individual sport could be undertaken from 11 May, so long as health indicators are favourable, with a definite decision being made on 7 May.

However, groupings of more than 10 people, whether in public or in private, will be banned, and he said there is no prospect of events being held that bring together more than 5,000 people before September.

According to L’Equipe, the limitation of gatherings to 10 people that will be in force in the first stage of France’s emergence from lockdown means mean it would be impossible to hold any event on a ‘closed door’ basis such as happened at Paris-Nice in March.

Assuming such events could take place after that date, the very earliest the Tour de France could begin would appear to be Saturday 4 September – the preceding three days likely to be needed to bring together the whole race caravan, undertake the usual briefings and set up the Grand Depart,

But on that timetable, assuming it still ran for three weeks, the final week would then overlap with the UCI Road Cycling World Championships in Switzerland, meaning that either that event would need to be further postponed, or the Tour de France shortened to two weeks.

Philippe said that the measures announced today were aimed at avoiding “the risk of a second wave ... of a renewed lockdown, which is a serious risk.”

He added: “It will be possible, with the help of good weather, to undertake an individual sporting activity, obviously passing beyond the current 1-kilometre barrier [from home] and respecting rules on social distancing.

“It will not be possible either to practise sport in covered venues, nor team or contact sports,” he added.