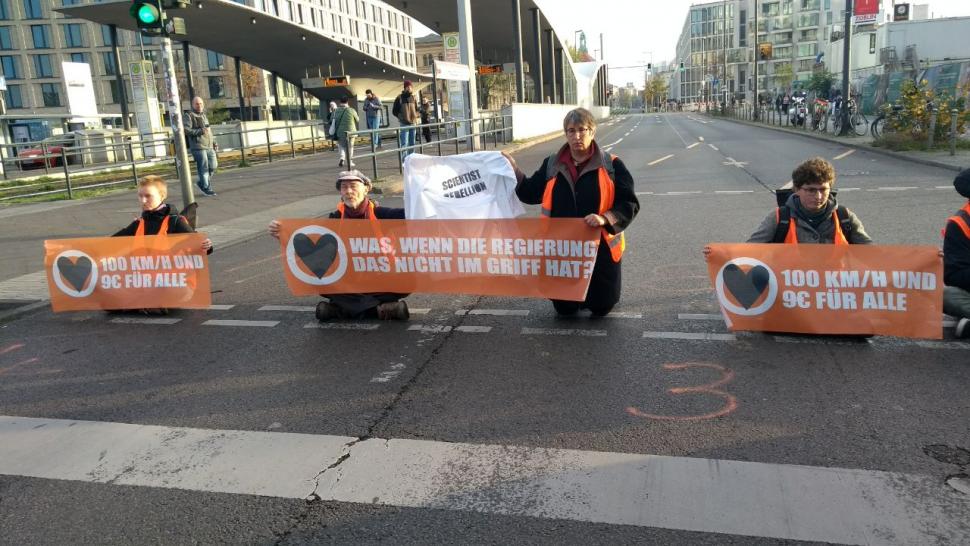 German Chancellor Olaf Scholz has criticised the environmental activist group Letzte Generation after its members were blamed for causing a traffic jam which prevented an emergency services vehicle from reaching a critically injured cyclist in Berlin.

On Monday, protesters from Letzte Generation, or ‘Last Generation’, glued themselves to the road at a busy junction in the west of Berlin. The protest formed part of an ongoing, almost daily attempt to blockade the German capital in order to draw attention to the group’s demands for a national speed limit and cheaper rail fares, the Telegraph reports. 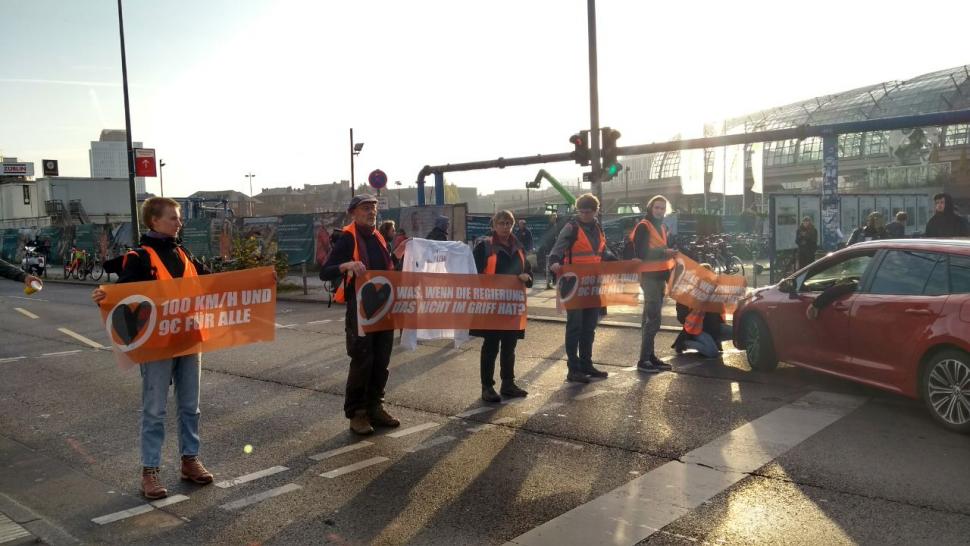 The traffic jam caused by Monday’s protest has since been blamed for delaying the rescue attempt of a female cyclist who was trapped under a cement mixer following a collision with the lorry’s driver in the Wilmersdorf district of Berlin.

A special truck, designed to lift heavy vehicles, was requested by the Berlin Fire Brigade, but was unable to reach the incident in time, forcing the emergency services at the scene to improvise to eventually free the stricken cyclist. The woman was then taken by helicopter to a local hospital, where she remained in intensive care on Tuesday.

The driver of the truck involved in the collision is also being treated in hospital for serious injuries after he was stabbed by an unidentified person who attacked him when he got out of his vehicle following the crash. Both the collision and the subsequent attack are currently being investigated by Berlin police.

In the wake of Monday’s incident, German Chancellor Olaf Scholz said that it was “very regrettable” that the activists from Letzte Generation appeared to have hindered the attempt to rescue the injured cyclist.

He appealed to the activists to “always bear in mind” that their protests “should not endanger others”.

The city’s Tagesspiegel newspaper also argued that the protests had now moved from being “irritating” to “life threatening”.

While Tagesspiegel warned that public opinion in Germany could soon turn against the climate activists, the Berlin Spectator noted that a representative from the Berlin Fire Brigade told the regional radio and TV network RBB that motorists on the Autobahn did not form the required ‘rescue lane’, which would have allowed the emergency services to access the scene more quickly.

A spokesperson for Letzte Generation admitted that the rescue truck’s delay may have been caused by the group’s protest, but added that the organisation was “dismayed” by the news.

“We are dismayed that a cyclist was injured by a truck today. We sincerely hope that being late has not worsened her health,” said Carla Hinrichs. “In all our protest actions, our first priority is to ensure the safety of all people taking part. Of course, this also applies to all road users.”

“We do not interrupt everyday life lightly,” the group’s Aimée van Baalen added. “We wish such a disruption wasn’t necessary to get the government to act on the climate crisis.

“We decided on this means of protest because all the means previously attempted, such as demonstrations and petitions, did not bring the necessary success. The safety of everyone on our roads, and also in the future, is the fundamental motivation for our actions. As soon as the government takes the first security measures against the impending climate collapse, we will immediately stop all protest actions.”

Formed last year, Letzte Generation – like Just Stop Oil in the UK and France’s Dernière Rénovation (who twice attempted to disrupt this year’s Tour de France by blocking the road) – has tried to alert the German government and public to the climate crisis by stopping traffic and focusing on stunts involving significant cultural objects.

On Saturday, two activists glued themselves to the handrails of a dinosaur exhibit at Berlin’s Natural History Museum, while last month two other members threw mashed potatoes at Claude Monet’s painting Les Meules (Haystacks) before gluing themselves to the wall of the Barberini Museum in Potsdam.