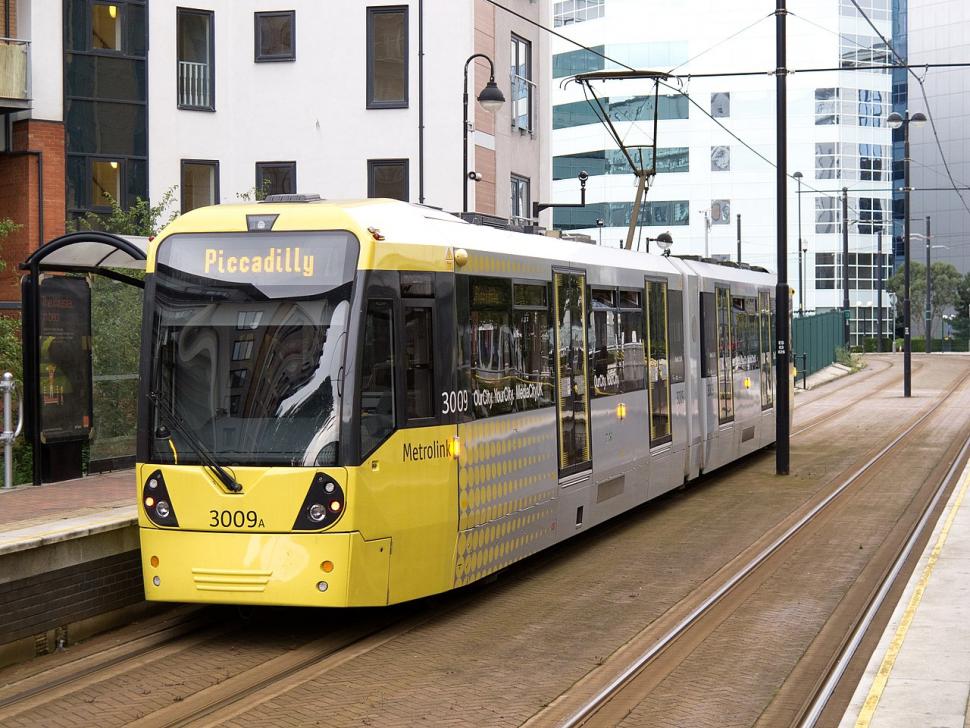 UPDATED: Rail Accident Investigation Branch announces it will be looking into the incident
by Simon_MacMichael

An incident in which a ​10-year-old boy suffered serious injuries following a collision involving a tram in Tameside, Greater Manchester is being investigated by the Rail Accident Investigation Branch.

The crash happened just before 7.30pm on the evening of Wednesday 1 September, according to Greater Manchester Police.

The incident happened on Droylsden Road, Audenshaw and the child was taken to hospital by air ambulance with a serious head injury.

Now, the Rail Accident Investigation Branch has announced it will be investigating the collision.

A spokesperson said: "The accident occurred on the East Manchester tram line, between Audenshaw and Droylsden tram stops, at the junction of Droylsden Road and Kershaw Lane. Trams run ‘on-street’ at this location.

"The cyclist involved was crossing Droylsden Road at a ‘Puffin’ pedestrian crossing, which is controlled by road traffic and pedestrian signal lights..

"Our investigation will seek to identify the sequence of events which led to the accident. It will also consider:

"The design and configuration of the crossing which the cyclist was using.

"How the design and operation of the crossing was risk assessed.

"The relevant legislation and industry guidance which deals with the design and configuration of pedestrian crossings where trams run ‘on-street’ [as well as] any relevant underlying factors."

A report of the team's findings will be published online.

“Our main priority at this stage is establishing the full circumstances surrounding this collision so we can provide his family with the answers they need.

“This collision occurred early evening on a relatively busy road so we're confident there are people who may have witnessed the collision or be holding information or footage that could greatly assist our enquiries.

“We would urge anyone who thinks they be able to assist to get in touch as a matter of urgency."

Anyone who has information is asked to contact Greater Manchester Police’s Serious Collision Investigation Unit on 0161 856 4741 or the non-emergency number 101 quoting incident 2747 of 01/09/21.

Alternatively, details can be passed via the force’s LiveChat function at www.gmp.police.uk or via the independent charity Crimestoppers, anonymously, on 0800 555 111.

Besides trams, the tracks they run on are a significant source of serious injuries to cyclists according to data from Edinburgh – where injured riders have won damages in civil actions after being injured in such incidents – and, most recently, Dublin.

In 2017, medical student Zhi Min Soh was killed in Edinburgh after one of the wheels of her bike became lodged in a tram track, causing her to fall into the path of a tour minibus, sustaining fatal injuries.