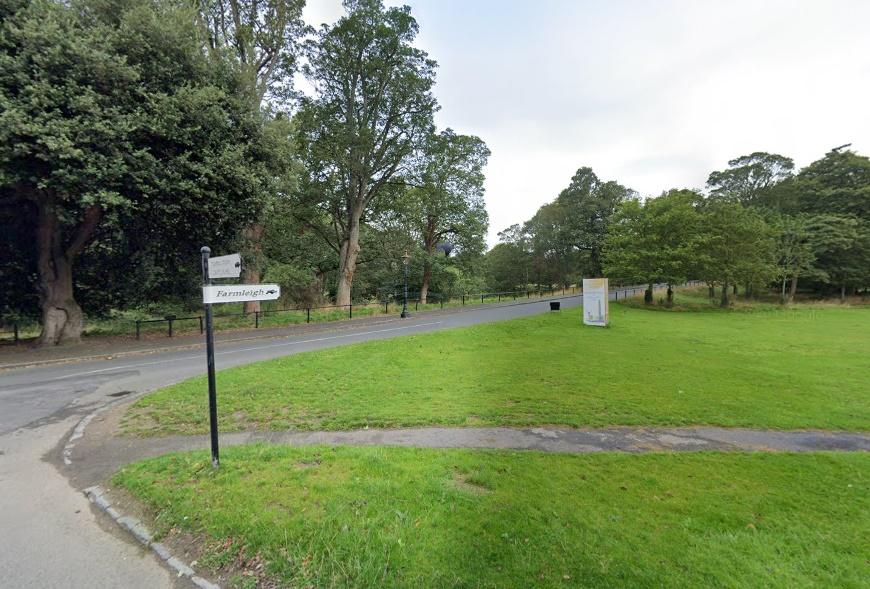 "Handbags at dusk": Runaway car hit truck after driver got out for punch-up with cyclist

The incident in Dublin seems to have come about because the motorist turned in front of the cyclist coming downhill, after which some unimpressive chaos ensued according to an eyewitness
by Alex Bowden

A car rolled down a hill and crashed into a truck in Dublin’s Phoenix Park yesterday evening after the driver got out to confront a cyclist with whom he had been arguing.

Dublin Live reports that the incident occurred on Upper Glen Road at around 5pm.

A witness whose car was clipped at the start of the vehicle’s descent said he entered the park at the Chapelizod gates and then saw the driver turning round further up the hill.

He said: "While he was turning back onto the road, a cyclist was flying down it, and between the jigs and the reels, the cyclist had to slow down for the car to turn around, and that seemed to piss him off.

“I was right in front of the car by that stage, but couldn’t really see what the driver had done to annoy the cyclist apart from maybe breaking his momentum.

"Anyway, the pair of them were busy shouting at each other and then all of a sudden, the cyclist picked up his bike and smashed its front wheel into the side of the other lad’s car.

“At that point the driver hopped out and the pair of them starting throwing punches at each other – it was embarrassing to look at really, neither of them was much of a fighter."

In his apparent eagerness to get at the cyclist, the driver failed to apply his handbrake.

The witness said that while the pair of them “were busy having handbags at dusk,” the car started to roll downhill.

“My car was right in its path, but luckily for me, it just clipped off the side my car and didn’t cause any damage. But it kept on rolling down the hill like a runaway train."

He continued: “The car kept rolling down the hill and crashed into a truck, wedging it up against a tree back down near the gates. It was bizarre. It's a miracle that nobody was hurt.

“Meanwhile the cyclist he was fighting with just did a runner – he hopped back on his purple mountain bike and took off towards the Papal Cross like Evel Knievel.”

Compounding matters, the man’s car was locked, so he couldn’t get back in to move it and a traffic jam started to form.

The witness said: "Me and a few passers-by helped to separate it from the truck – while the driver we were trying to help just screamed at us, 'put on your masks people'. It was pure Monty Python stuff.

"Anyway, once we'd shifted the car and traffic could move on, I rang the guards. But of course I was well away from my car at that stage, but my phone was still attached to its bluetooth phone speakers, so the 999 operator could hear me, but I couldn’t hear him.

“It was just one gaffe after another. Anyway, I ran back up the hill to my car pronto, and explained what had happened.”

The witness said no-one was obviously injured in the incident and that the vehicles involved seemed to have emerged relatively unscathed as well.

“The fighting man's car had a puncture, but I couldn't see much wrong with it beyond that, nor the boys' truck.

“However, by then, a lot of people were well pissed off. The whole episode caused a massive tailback as nobody could get past the mess until we had cleared it.”