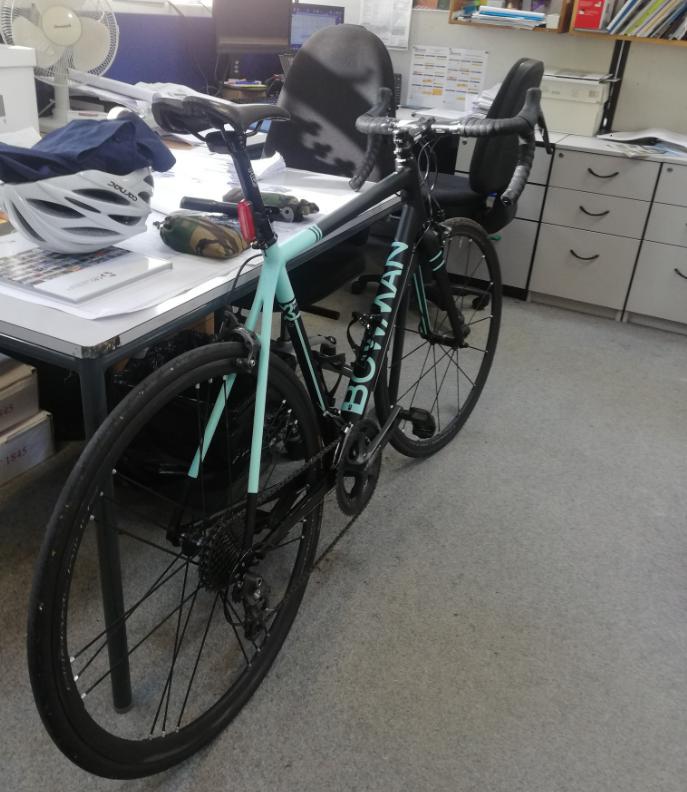 British bike manufacturer Bowman Cycles is back in business, eight months after the company was liquidated following a prolonged struggle with supply chain issues during the Covid-19 pandemic.

In a post shared on the brand’s Facebook page yesterday – the first written social media update associated with the company since July 2021 – the new owners proclaimed that “Bowman are back” and that they are “really excited about getting the Bowman brand back on track and hope that we can welcome back our customers every soon”.

In a statement released on the brand’s website yesterday, owner Lee James ‘Jim’ Crossland clarified that Bowman Cycles Ltd is “a new trading business with an established name”.

The new trading name was incorporated by Crossland in early April, three months after BB Velo – the company’s trading name under the ownership of Neil Webb – appointed a voluntary liquidator.

In November last year, Bowman’s founder and managing director Webb told road.cc of his brand’s supply chain woes, which he claimed had a devastating effect on their ability to fulfil orders, but stressed that he was trying to “work out how to refinance” the business.

Webb was responding to a series of complaints from customers of the popular bike brand, who claimed that they were sent incorrect builds and poorly packed bikes, and were subsequently met with a wall of silence when they contacted Bowman for assistance.

At the time of his interview with road.cc last year, Webb set Bowman Cycles a 10 to 14 day deadline to restructure or find more assistance, eventually leading to the company’s liquidation.

Following Bowman’s winter of discontent, the company – in name only, at least – appears to have risen from the ashes as we enter autumn.

In July, new owner Crossland shared a short blog post on the brand’s sparsely populated website. In the post, he emphasised that Bowman Cycles Ltd is a new company, with no access or connection to stock from Webb’s BB Velo.

Crossland said that the company – which has retained the original Bowman’s social media presence and branding style – will focus on aluminium and steel gravel and road bikes, as well as clothing, and will be based in Sheffield.

He also emphasised that the brand’s mission statement is to sell bikes and clothes “honestly and transparently”.

After a short break over the summer, another blog post emerged two weeks ago – mostly based on ideas for the reborn brand’s first gravel bike – complete with a vague and rather cryptic Facebook post of a photo of a group ride in the Peak District.

In a third post yesterday, Crossland expanded on his reasons for acquiring the Bowman name and the reaction he has received from the cycling community.

He admitted that the reception to the initial social media post had been somewhat mixed, with some questioning the association with a ‘tainted’ brand name, while others shared their appreciation for their old Bowman bikes. Others, it seems, were simply confused.

In the statement Crossland, an enthusiastic Bowman customer himself, explained that he bought the company’s intellectual property rights after receiving a call from the liquidators.

“I knew some people would feel the name was tarnished,” he says. “However, Bowman is a well-established bike brand with a recognisable font and a great ‘get out and ride’ ethos.

“So I bought the intellectual property rights. My cycling industry friend’s words [were] echoing in my head, ‘if you want to do it, make sure that you are doing it because you want to and not just because the name’s available’.

“I bought the name despite some people feeling it was tarnished because I wanted to take it on as a going concern. Which is not odd – it’s actually very common. Holdsworth and Viner Cycles ceased trading and were then brought back as a going concern by Planet X.”

He continued: “Bowman was an established brand until last year – with an established social media presence – and as everything has a story and timeline, so does Bowman. Keeping the same Facebook and Instagram page shows its history and journey to where we are at the present.

“So yes, some people may not like the idea of keeping the same name, font, social media pages etc.. but I do – it shows its journey to where we are now – warts and all.”