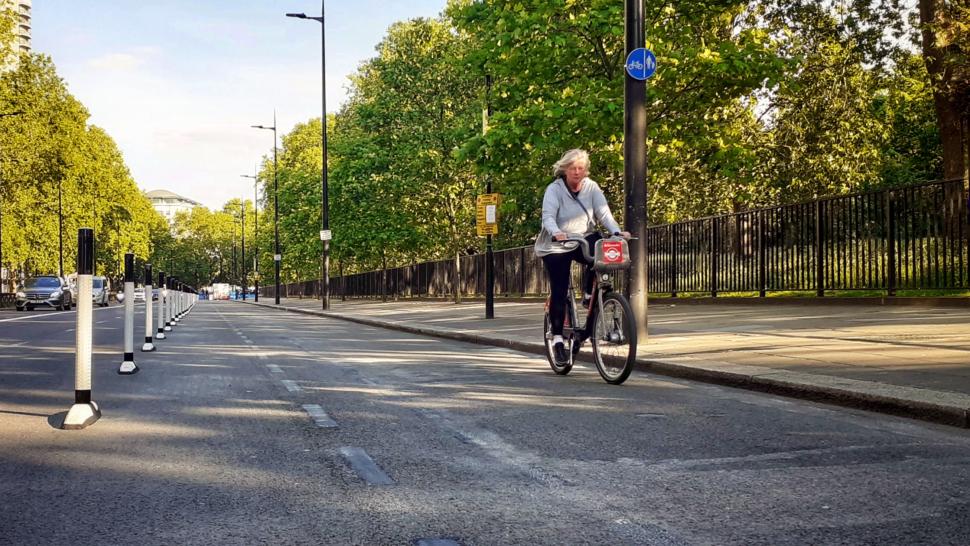 UK at a crossroads to choose cycling and active travel for the future, says Chris Boardman

“For the first time we genuinely have a real choice, we could change our transport culture, the way we use our streets," says champion turned campaigner...
by Simon_MacMichael

Chris Boardman says that the UK is “at a crossroads” with an opportunity to bring about “real change” in the way people get around in the aftermath of the coronavirus pandemic. His comments come as British Cycling relaunches its #ChooseCycling campaign, which the former world and Olympic champion, a policy advisor to the organisation, himself helped launch back in 2014.

Boardman, who is also cycling and walking commissioner for Greater Manchester, told Eurosport: “I've had a few sleepless nights, to be honest. This might sound melodramatic, but we are at a crossroads and we could go either way, and I don't know which way it is.

“For the first time we genuinely have a real choice, we could change our transport culture, the way we use our streets.”

He said that in the UK and further afield, the aftermath of the pandemic provides a huge opportunity for governments around the world to embrace active travel instead of the previous supremacy of the private car.

“You've turned off car use globally and now you have to choose whether you want to turn it back on again or do something different,” he explained.

Highlighting the example of Greater Manchester, he said: “We have 200 million car journeys in our city region of less than 1km which is an embarrassing stat, but also very exciting as it shows how easy actually it will be to change.

“Cycling initially went up 22 per cent compared to pre-Covid levels. That rose to 47 per cent and it's reached as high as 70 per cent.

“And these are not what you would call ‘cyclists’ with the Lycra and road bikes and stuff, it's normal people, in normal clothes doing normal things.

“We have got 1950s levels of traffic and it's made it a nice environment. What we need to do is give people that safe space. The measures the government have brought in have been done for pragmatic reasons, not ethical or ecological ones.

“A third of people don't have access to a car. If you're saying don't use public transport, but don't provide safe cycling, you've penalised the poorest in the community.

“I like that it's emergency measures. The government is saying we have got to do this, but if after six months you don't like it, we'll take the cones away and go back to normal.

“But I believe that once people try it, they will want to keep it. Hopefully we'll get permanence in the end.

“This is a moment we'll never have in our lifetime,” he added. “We can choose to keep it or wipe it all away. What we do next will affect our futures forever.”

The relaunch of the #ChooseCycling campaign, which was backed by a number of major businesses, comes in the wake of huge growth in cycling in recent weeks due to lockdown restrictions resulting from the coronavirus pandemic, with pop-up protected cycling infrastructure starting to appear in cities across the UK as people are encouraged to avoid public transport and get around by active means.

In England, the government has made £250 million available to local authorities for emergency walking and cycling infrastructure, part of £2 billion allocated for active travel over the next five years, with Prime Minister Boris Johnson earlier this month heralding a “new golden age for cycling.”

Citing research from its Cycle Nation Report, produced in partnership with sponsor HSBC UK, British Cycling said that 28 per cent of adults in the UK – more than 14 million people – currently cycle less than once a month, but would like to do so more regularly.

As part of the relaunched campaign, Boardman will host live webinars for local and regional governments, and British Cycling says it has also activated more than 10,000 volunteers who can help new cyclists gain confidence in riding.

British Cycling Chief Executive, Julie Harrington, echoing Boardman’s thoughts, said: “Our country is undoubtedly at a crossroads, and we now face a stark choice between the old routine of cars, congestion and pollution or a new future of healthy streets, happy people and cleaner air.

“All of our research shows that people want to cycle more, and we now urge local authorities to seize the moment and make the most of the support offered by Government.

“Enabling more people to choose cycling is vital if we want to ease pressure on public transport and help those for whom getting around by bike is not an option. "