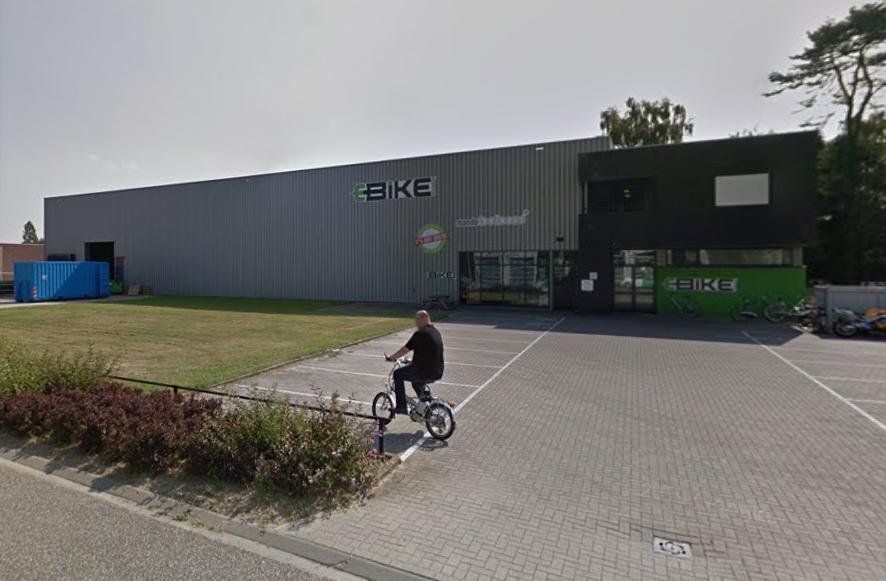 Police suspect driver, who fled the scene, drove into the building on purpose
by Simon_MacMichael

A BMW driver crashed into an e-bike warehouse in the Netherlands at the weekend, sparking a huge fire with damage likely to run into millions of euro. Reports in the Dutch press suggest that police believe the driver, who fled the scene, drove into the building on purpose.

The blaze broke out at around 4.20am on Sunday at the Ebike Development Centre belonging to Ebike Nederland in Cuijk in the province of North Brabant, a few kilometres south of Nijmegen, with the motorist crashing into the lobby of the building, reports Nieuwsfiets.nu.

Four fire appliances, including an aerial platform, attended, with firefighters having to demolish part of the building to get to the seat of the blaze. It is unclear at present whether the fire was ignited on purpose or whether it resulted from the car being driven into the building.

The damage to the interior of the building was described as “extensive,” although fortunately no e-bike batteries, which could have emitted noxious fumes had they been set alight, were stored in the part of the premises where the fire took hold.

Ebike Nederland director Arno Cup said that the damage “couldn’t have been worse,” with the company, which has a large part of its business in supplying the delivery market, very busy in recent months.

“Because of corona, everyone who can cook a hamburger is going to do home delivery, so the demand for our delivery bikes has been greater than ever,” he explained.

“There were also many bicycles ready, which were almost complete. If we had not had to wait for certain parts, they would already have been delivered.

“The damage is massive. Half [of the building] is still standing. The fire started at the back of the lobby and spread to the front. The production area has been completely destroyed and part of the warehouse as well.”

Cup said that the damage was likely to run into the millions, and that the company had complied with the conditions set down by its insurers.

He dismissed rumours linking the fire to a series of arson attacks in Cuijk in recent weeks, with one vehicle set on fire belonging to his partner in the business.

But, with the police treating the premises as a crime scene, he said: “The mayor spoke of an attack on the business community and the police also say it is a targeted act. You obviously do not accidentally drive into a building.”

He added that once power is restored to the building, “we can view the CCTV images and learn more. We can probably look back on that a lot.”