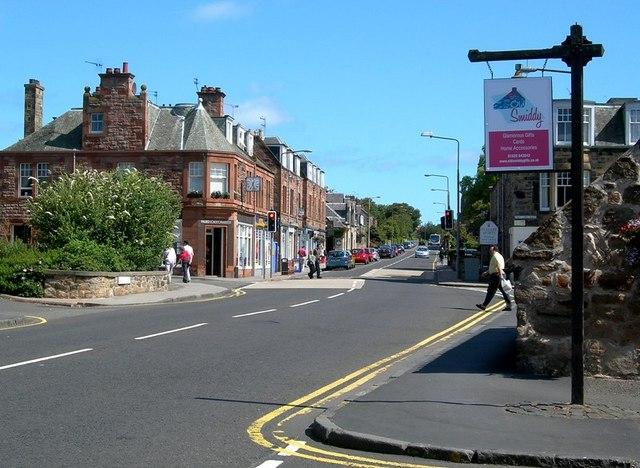 Campaigners who have spent the better part of two decades fighting for an off-road cycle route to be built in East Lothian have slammed a report into the feasibility of the project, which they claim “prioritises cars and lorries rather than the safety of pedestrians and cyclists”.

Last Friday East Lothian Council published a report, produced by engineering consultancy Stantec, which explored the possibility of completing a long-awaited cycle route between Drem and Gullane, located just east of Edinburgh on the Firth of Forth, which will enable people on bikes to avoid a busy main road.

One of the longest-running disputes in modern Scottish legal history, for 15 years politicians and campaigners struggled to obtain permissions from landowners for the final mile of the route into Gullane, with East Lothian Council saying it lacked the power to compel them to grant access.

> Scots politicians get behind cycle path linking Gullane and Drem

In February 2020, housebuilders CALA Homes agreed to fund a one-mile section of the route from Gullane to West Fenton, prompting local campaigners to renew their call to East Lothian Council to complete the remaining three miles to Drem.

Earlier this year, the council commissioned Stantec to determine whether any of the four route designs prepared by Sustrans, the national walking and cycling charity, were viable and if they met the criteria agreed by the council.

However, the final report, delivered to the council in August but only published last week, advised the authority that although it is possible to create a potential solution at this time, “all options have failed on the deliverability criteria and are therefore considered unfeasible due to land assembly constraints.”

The report also noted that the creation of the off-road bike route – and the requirement for traffic lights to be installed on certain sections of the road between the two towns – could potentially lead to higher levels of traffic and longer queues.

“Options which introduce traffic signals and priority working arrangements have been evaluated to assess the traffic impacts. The analysis has demonstrated that signalised options will generally operate within capacity but that queueing and delays will be experienced in locations where none is currently experienced,” the reports reads.

“This change to traffic flows and potential queueing may not be considered as an acceptable consequence by the local community within Drem.

“The assessment of the priority working arrangement without signal control concluded that the traffic volumes were too high for such an arrangement and did not conform to design standards. On this basis it is recommended that such a solution be removed from consideration on such a strategic route with high levels of traffic.”

“East Lothian Council fully supports the ambition to deliver an active travel route linking the villages of Gullane and Drem. Staff within a range of council teams, associated partners and other interested parties have invested considerable time and resources over the past 17 years in trying to realise this route which has included extensive consultation with a range of stakeholders including residents and landowners over the consideration of a variety of routes.

“We appreciate that this will be disappointing news for many and the council shares in this disappointment.”

“This report puts vehicle at the top of the priority list”

Following the council’s statement, local campaigners have blasted what they regard as the “vehicle friendly” nature of the report, and criticised both the council and Sustrans for “rubber stamping” its conclusions.

The Drem-Gullane Path Campaign, the body behind the 17-year-long movement to build the cycle route, also expressed its disappointment that the report was published in the same week a motorist was jailed for deliberately injuring a cyclist on the B1345 just outside Drem – the road campaigners have long claimed is too dangerous for people on bikes.

On Wednesday, road.cc reported that 55-year-old motorist William Bowman was jailed for 14 months and banned from driving for four years after pulling in front of cyclist Mark Stewart on one of the road’s many blind bends before slamming on his brakes, causing the rider to smash head-first into the car’s rear windscreen.

In a response to the council’s statement, Drem-Gullane Path Campaign spokesperson Iain V Monk said: “This report puts vehicles at the top of the priority list, rather than the safety of pedestrians and cyclists above those of drivers.

“What's more disturbing is that the Council chose to publish it as media reported a motorist was jailed for causing serious injury to a cyclist near Drem.”

He continued: “The ‘sustainable travel hierarchy’ national policy, which states that infrastructure changes must always put the most carbon-saving option first, is not once referred to in the 46-page report.

“It is bewildering that the Council and Sustrans Scotland rubber stamped the vehicle friendly report’s conclusions.

“Without the path there is no safe route for pedestrians, push chair users, wheelers and cyclists between these communities away from the dangerous B1345 road.”

Jim Densham, campaigns and policy manager for Cycling UK Scotland, added: “It is time to create safe space for those who choose to walk or ride a bike, and in some locations this will mean redesigning roads and changing what drivers are used to.

“Designs for the desperately needed missing link in the path from Gullane to Drem must redress the balance to stop the B1345 into Drem being a danger zone for people cycling or walking.’’