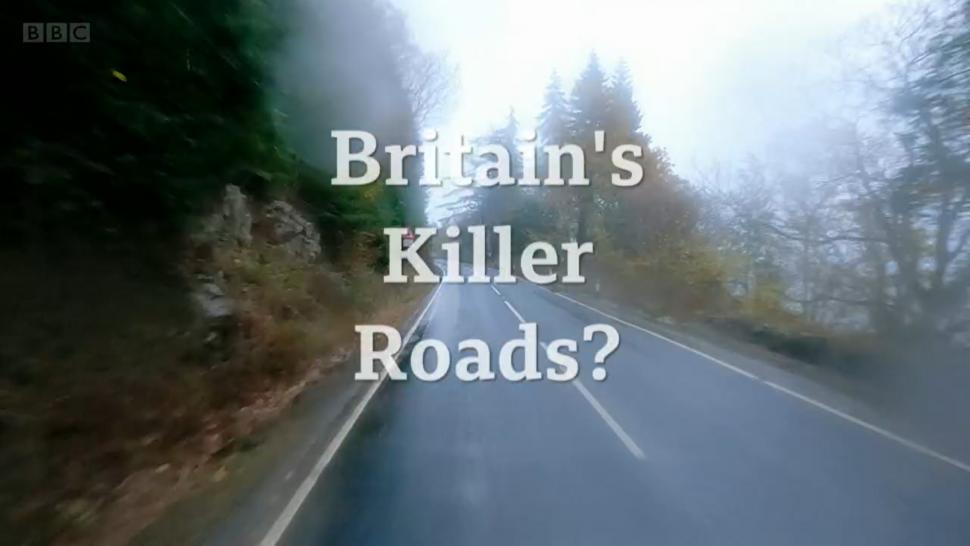 "The killers are the imbeciles on them": BBC under fire for 'Britain's Killer Roads?' Panorama investigation

The BBC has faced criticism for its Panorama investigation into why, for the first time in 40 years, the death rate on UK roads is on the rise.

During the 30-minute broadcast aired on Monday evening, journalist Richard Bilton questioned if a reduction in police numbers, breath tests and speed cameras were to blame.

The investigation featured an emotional interview with the parents of 19-year-old Gabriel Fields, who was walking to work along a pavement when he was hit by a drunk driver speeding at 60mph in a 20mph zone.

The university student was killed in the crash, and the driver David Turner jailed for seven and a half years.

In the episode, Bilton questioned if a reduction in drink driving breathalyser checks was to blame.

However, amongst road.cc readers, the reaction to 'Britain's Killer Roads?' has centred on the responsibility of those behind the wheel.

Yesterday, we shared the trailer for the investigation on our live blog and received many comments from readers, likewise on the road.cc forum.

TriTaxMan commented: "It's not the roads that are the issue but the people behind the wheel of the vehicles that travel on them. There are far too many road traffic collisions which are caused by driver error and a tiny number of genuine accidents that the driver could not do anything about."

The investigation also followed Bilton on a roadtrip from Land's End to John O'Groats, including a visit to "Scotland's most dangerous road" — the A82.

On the banks of Loch Lomond, the reporter said the route "captures many of the dangers of driving in Britain".

"First, there's bad driving. Then, there's fewer traffic officers — 47 lost in Scotland in five years. And there's also the state of the road itself."

From the passenger seat John Barrell of the Road Safety Foundation then explains to the camera that the road has "very steep hillsides that are not very forgiving if you come off it".

"You're starting on a series of bends," he explained "If you've got a heavy wagon coming the other way it's going to cut into the middle of the road. There's a rock on the left hand side, you've got nowhere to go. Here we've got a bit of standing water. In winter that turns into ice."

Many commenters did not agree with the idea that the road is dangerous, and instead said it is only made so by those who use it.

"I think you'll find that the roads themselves are utterly blameless," Simon E told us. "It's only when you get people driving along them that crashes occur.

"Incidentally, at the same time as the BBC's Paranorma, Channel 5 was scheduled to show Motorway Cops: Catching Britain's Speeders followed by Traffic Cops who 'track down dangerous offenders and illegal cars, vans and lorries'. Sadly, there seems to be no shortage of material for either of these programmes - Traffic Cops is on episode 8 of series 10."

Biker Phil added: "Britain's killer roads? Bollocks. There is no such thing as a killer road. All roads are just tarmac. The killers are the imbeciles who drive on them. All the video footage the programme showed only showed collisions as a result of bad driving. I didn't see any collision which was caused by the tarmac or by a dangerous road."

Jem PT said: "I always thought it was bad driving that caused collisions when it was that pesky tarmac all along."

What did you think of 'Britain's Killer Roads?' Tell us your thoughts in the comments, on the live blog or the road.cc forum...