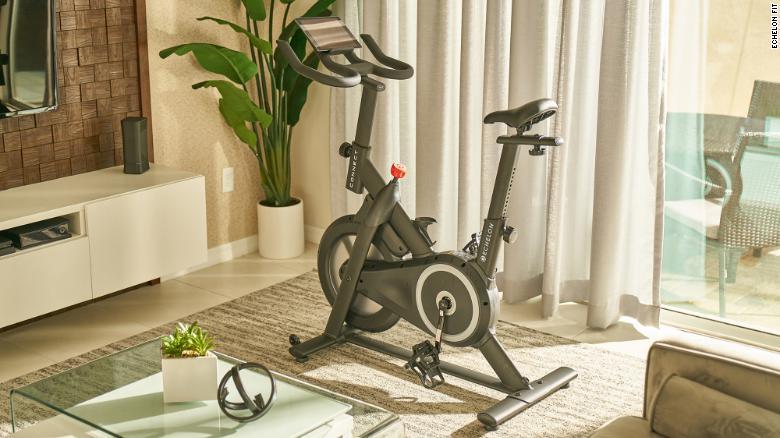 Online retail giant Amazon has denied that it is entering the connected fitness market with the launch of a so-called ‘Prime Bike’ in partnership with Echelon – which seems to have been a bit over enthusiastic in promoting one of its own bikes with a similar name.

Yesterday, the apparent news that Amazon had entered into a partnership with Echelon to produce a $499 bike was widely reported on in the mainstream media as well as on specialist tech and cycling websites – including here on road.cc.

The story even caused the shares of Echelon’s rival Peloton – the leading brand in the market and itself working in a mass-market version of its own $2,000 bike – to fall be 2 per cent on New York City’s NASDAQ exchange.

But it turns out that a blend of some over-enthusiastic copywriting on the product page on Amazon prompted the belief that the retailer had entered a partnership with Echelon.

The bike appears to have been around in some form or another since August, including being sold online through Walmart.

Echelon president and CEO Lou Lentine said on Monday, in a press release that appears to have been deleted: “The Prime Bike was developed in collaboration with Amazon, aiming to create an amazing, connected bike for less than $500.”

And the description of the product on Amazon.com yesterday stated: ““Amazon and Echelon have partnered up to bring you this exclusive offer and bike design!”

Not so, says Amazon. A spokesperson for the world’s largest retailer told GeekWire yesterday evening: “This bike is not an Amazon product or related to Amazon Prime.

“Echelon does not have a formal partnership with Amazon. We are working with Echelon to clarify this in its communications, stop the sale of the product, and change the product branding.”

The model had been described as the “Echelon Ex-Prime” on the page on Amazon.com, but that has now been shortened to “Echelon Ex-P,” with all references to “Amazon” and the “exclusive nature of the bike now removed.

The bike itself is showing as “currently unavailable” on the Amazon website, with the retailer saying, “We don't know when or if this item will be back in stock.”