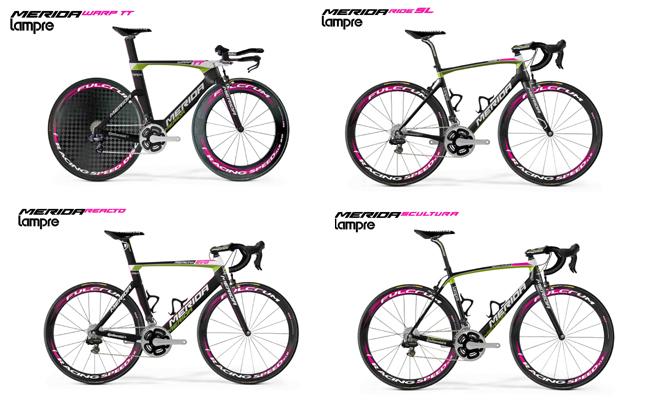 Italian World Tour outfit Lampre-Merida has asked people to be on the alert after thieves broke into its headquarters over the weekend and made off with an unspecified number of team bikes and other equipment as well as a van and a team car.

In what was clearly a well-planned burglary, the thieves broke into the premises at Usmate-Velate, around 20km northeast of Milan, at some time between Saturday evening and this morning and disabled the alarm system.

The bikes stolen were 2014 models in team colours and complete with wheels and components, ready to be delivered to its riders.

The models concerned are shown in the picture above and comprise:

The Carabinieri were informed of the theft when it was discovered this morning and units from Arcore and Monza have visited the scene.

In a statement, the team said: “The damage is enormous in both economic and a logistical terms, given that the bikes taken were already ready to be delivered to the riders at the first training camp at Darfo Boario Terme and would therefore be used in the 2014 season.”

Lampre-Merida added that it has already launched an extensive search for the items stolen, and a reward is on offer for assistance.

A tweet in English on the @MeridaProRoad Twitter account said: “If you see some scruffy types on @lampre_merida teambikes or suspiciously cheap offers for these, pls let us know,” adding the email address team [at] teamlampremerida.com.