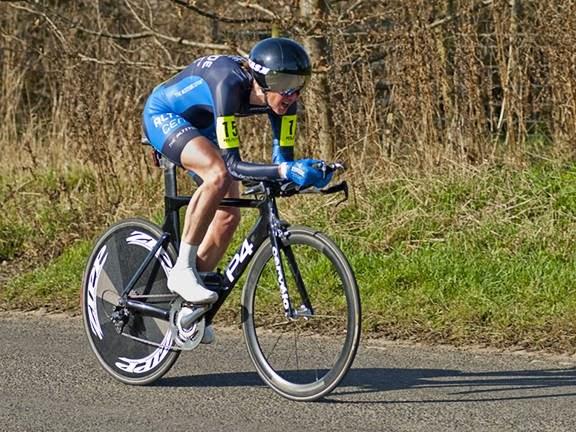 60 sign up in just 5 days - we speak to its founder, Rebecca Slack
by Michelle Arthurs

A new time trial series for women in the South East has attracted over 60 members in only five days.

The South East Women’s Time Trial Series (SEWTTS) will consist of 11 events and has been designed to promote competition in a friendly and encouraging environment.

SEWTTS is the work of Rebecca Slack, who has been the National 100 mile champion twice, and finished on the podium in the national 10, 25, 50 and National Hill Climb.

Having first discovered cycling at the age of 40, she wants to create a friendly and unintimidating environment for women of all abilities.

To encourage women who are not already members of a cycling club, Rebecca has set up a free-to-join ‘Newcomers Cycling Club’, so that riders not already affiliated to a club can take part.

Those taking part in the series will be categorised by their personal bests, ranging from sub-55 minutes for 25 miles for Elites, to the Novice category for first-timers with no PB.

This categorisation has been included so that women can compete against others at the same level, and Rebecca explained that this was also so that rather than concentrating just on fast times on fast courses, the focus could be on competition.

Rebecca said: “By creating the categories I’m trying to promote a sense of competition all through the field. Many of the courses I have chosen are quiet and sporting so don’t offer the scope for PBs.

“But there is far more to domestic TTing than PBs – and it really shouldn’t matter if it’s blowing a gale, hammering down with rain and you’re riding round hilly country lanes.

“TTing should be as much about your relative performance as it is your absolute performance.

“Having categories means a 4th can compare their performance against other 4th cat riders at the end of the season.

“I’m trying to change the mindset that exists in TTing today that a good ride is a PB down a traffic assisted drag strip under float conditions.”

Time trials start sheets are often predominantly made up of men’s names with a sprinkling of women.

Rebecca wants that to change. She said: “I hope the league will result in improved participation, and that improved competition among women will result as a by-product of that.

“In the past women have had to travel all over the country for the Nationals to find a race with more than 20 women on the start sheet. It'll be great for local events to boast fields as big as the Nationals.”

An already successful Midlands Women’s TT series has been running since 2007, offering prizes to the Best Improved, Fastest and Best Veteran females.  One of the series races, the Di Cooke Memorial 10 organised by Coventry CC, comfortably attracts 40-plus women.

Rebecca explained: “I’ve tried to build on the successful series model that already exists in the Midlands.

“The main point of difference is that I will be adding category prizes to the prize list meaning that any woman who enters the league, irrespective of their ability, will be able to win a prize.”

Asked what she most enjoyed about time trial racing, Rebecca told me: “I love the simplicity of it –  going from A to B as quick as you can and the fact that the best rider wins on the day.

“I'm a control freak and like to be in control of my pace rather than having it dictated to me by others.”

Comparing road racing to her favourite discipline, she observed: “Tactics are so important in road racing, and it's so often the best sprinter, not the best rider, who wins.”

Joining the SEWTTS costs only £10, and from then you will be able to compete by entering the Cycling Time Trials which are added to the calendar of events. To find out more about getting involved, log on to www.sewtts.co.uk.