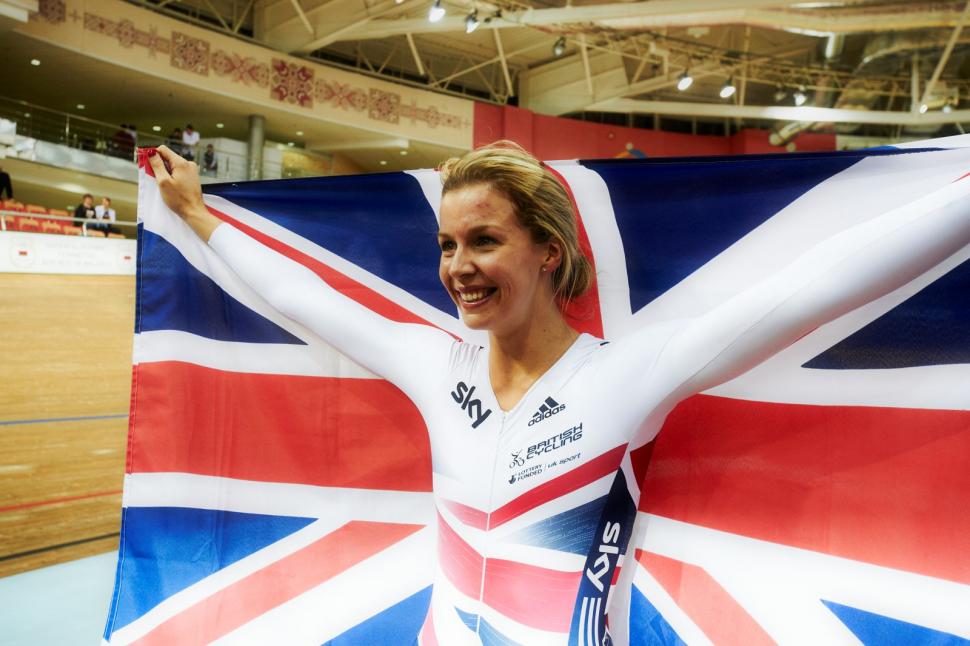 Double world track champion Becky James and Great Britain’s world championship-winning team pursuit squad have made the shortlist for the Sunday Times and Sky Sports Sportswomen of the Year Awards.

James, who comes from Abergavenny, emerged as the successor to multiple world and Olympic champion Victoria Pendleton in March this year when she won the sprint and keirin at the UCI Track World Cycling Championships in Minsk, Belarus.

The same event saw Laura Trott and Dani King – both of whom won Olympic gold at London 2012 – retain their world title in the team pursuit, partnered by Elinor Barker, replacing Joanna Rowsell in the event, which has subsequently changed to a four-woman format.

In the Young Sportswoman of the Year category, James is up against golfer Charley Hull, heptathlete Katarina Johnson-Thompson, and 100m and 200m runner, Dina Asher-Smith.

Great Britain’s team pursuit trio are nominated alongside the England cricket and netball teams, and the European team that won golf’s Solheim Cup against the United States in Colorado in August.

The awards ceremony will be broadcast live on Sky Sports on 5 December.