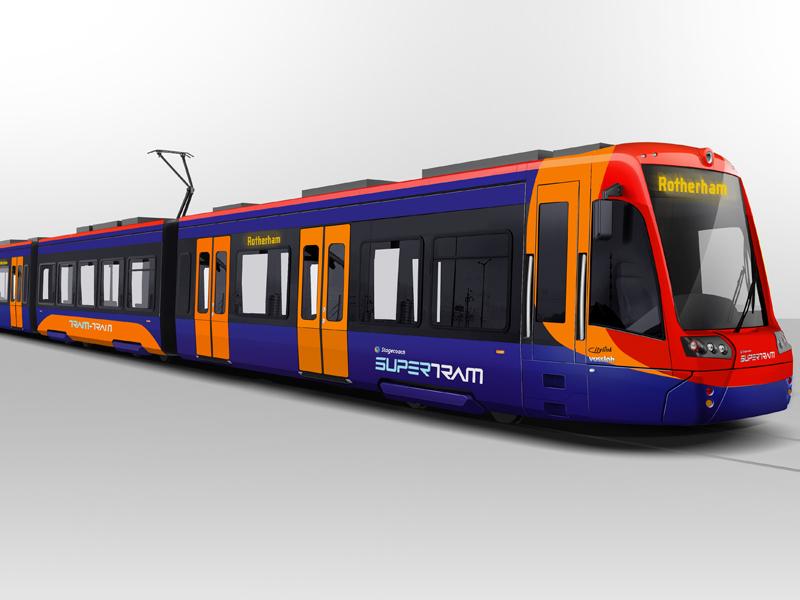 Bikes will not be allowed on trams serving Sheffield, Rotherham and South Yorkshire, in a move cycle campaigners are calling a blow to integrated transport.

South Yorkshire Passenger Transport Executive has said that calls to allow bicycles on the lower areas of the trams will not be heeded as they will be needed for buggies and wheelchairs.

In a report to the council, Stagecoach, who will operate the trams, adds that there are ‘safety risks’ involved with people carrying their bikes up into the raised sections.

Other risks idetified were the dirtying of other passengers' clothes and that bikes could 'become projectiles' when the trams braked.

He said: “It’s a disappointing report. Being able to take bikes on to trams is the norm throughout Europe and I regularly see bikes on the London underground.

“There is no reason why we cannot enable tram trains to be able to do the same.
“If not, there is a real risk we will be moving backwards in the promotion of cycling as part of an integrated transport strategy.”

Cycle Sheffield have been campaigning for over a year for a pilot scheme allowing bikes on the new network.

On its website the organisation writes: “CycleSheffield has been campaigning to get bikes on Supertram for a long time.

“We’ve conducted a one-day trial (no problems were encountered) and we’ve chartered trams to get large numbers of cyclists out for a ride on the Trans-Pennine Trail, in fact we hold the record for the largest number of bikes on the tram.

“However, we have yet to persuade Supertram to carry out an extended trial of bike carriage, and when we heard that they rather than Northern Rail would be responsible for Tram-Train, alarm bells rang.

“In June 2012 Sheffield City Council unanimously expressed its wish that bicycles should be allowed to be carried on all trains and that it would make efforts to ensure this service is also on tram-trains.

“It appears that the Council’s wishes and efforts have been ignored.”

A petition begun by one campaigner attracted 850 signatures before it closed last month.

According to the Supertram conditions of carriage, only folding bicycles may be brought onto the trams, although there are occasions where by prior arrangement with Supertram, cyclists can travel together with their bikes on a tram for a special event.

At the time, a separate report read:

Stagecoach Supertram conclude that the carriage of bicycles conflicts to a much greater extent than envisaged on more vulnerable passengers and as such they would prefer to prioritise use of this space by the elderly, infirm, those with shopping or young children, wheelchair users, those with pushchairs and those travelling with such users.
In contrast, heavy rail trains have more spaces available for other users with pushchairs and as trains are level, priority seating does not compete with bicycles for space in the same more limited way it does on trams.

One cyclist commented on the Star article that “SYPTE would do better to apply their risk assessing to carrying drunks, druggies, stinkys, and those who ought to be in an institution.”