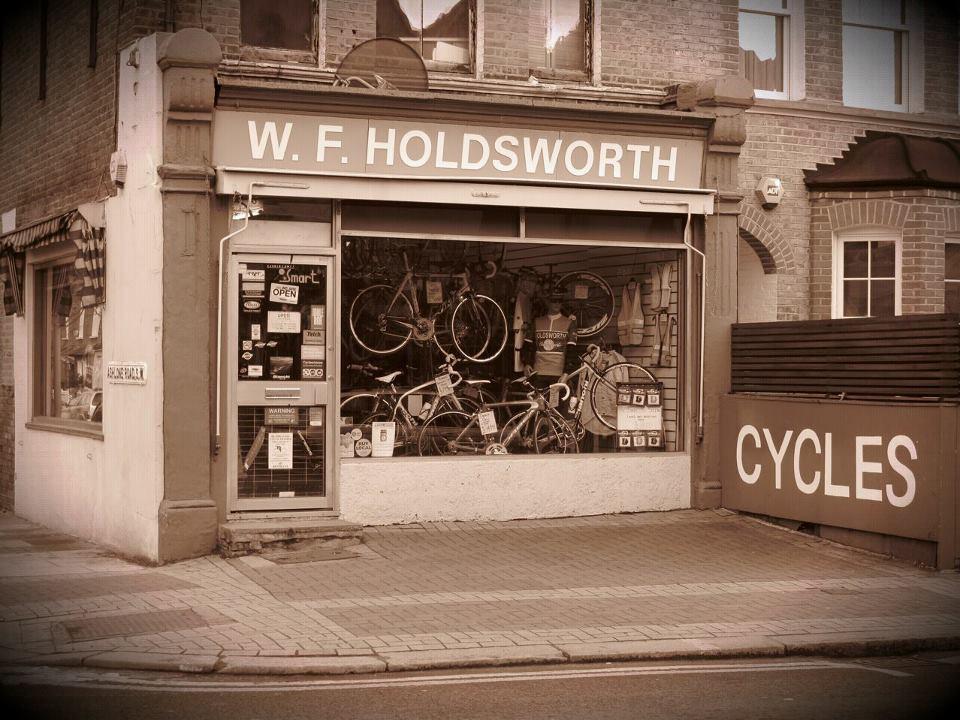 Famous London bike shop WF Holdsworth is to close, its owners have announced on Facebook.

In its heyday, Holdsworth was one of the most famous names in British cycling and framebuilding. The Holdsworth bike brand is now owned by Tandem Group, which also owns Falcon Cycles and others, while the shop was the last outpost of the family-owned retail chain.

It is with the greatest regret that I have to announce that after 86 years of serving Putney and its residents (and the wider world) with all of their cycling needs, the difficult decision has been taken to close our doors for the last time at the end of October.

We thank you for your custom and interest, and hope to see you out on the road.

Customers of the shop paid tribute to its importance in the local cycling community and quality of customer service.

Peter Bragg, managing director of clothing maker Shutt VR posted: “They were the first bike shop that made me feel at home! Sad day.”

Demonstrating the shop’s longevity, Martin Itter wrote: “What a shame, my first bike came from you in 1953, my dad had it specially made. Unfortunately I don't have it any more but I had 2 adult sized bikes to race in my early teens.”

George Casley wote: “This is so sad. Undoubtedly the best shop in Putney. Amazing customer service. We will miss you all a lot!”

Another long-standing customer Simon Lowe wrote: “Very sad news. It's been a great pleasure to be a customer for the last 19 years.”

Barry Clarke reminisced: “This is such a shame. I bought my first road bike off you chaps in 2001 and my daughter's first bike (ever) a couple of years ago. I still make my wife and kids walk by your shop front to spend a couple of minutes looking at the frames, bargains and generally 'cool' bikes. All the very best to you all for the future. People like you will be missed so badly.”

In Putney for 86 years

The WF Holdsworth shop at 132 Lower Richmond Rd, Putney has been there since William Frank “Sandy” Holdsworth took over Ashlone Cycle Works in 1927.

Framebuilding began in a shed behind the shop in the 20s, but Holdsworth was better known for clothing until frame-builder Bill Hurlow joined the company in 1938.

By this time, the company had three more premises and formed a subsidiary, Holdsworthy Factoring, which built W.F. Holdsworth bicycles and wholesaled British-made parts and those it began importing from the continent.

In the 50s and early 60s, Holdsworth grew by acquiring the Freddy Grubb, Claud Butler and Macleans brands.

In 1953 Sandy Holdsworth hired Roy Thame, who would go on to work for the company for more than 50 years. Thame established and managed the dominant professional cycling team that the company co-sponsored with Campagnolo, which Holdsworth had the rights to distribute in the UK.

Sandy Holdsworth died in 1961, but his wife Margaret survived as company owner till the 1970s. On her death, Roy Thame inherited the retail arm, W.F. Holdsworth. The  wholesale and mass-production side of the business, the Holdsworth Company, which owned the rights to all of the brands, stayed in the Holdsworth family.

In 1987 the family sold the Holdsworth Company to Elswick plc and through a series of subsequent acquisitions, the brands are now owned by the Tandem Group.

1
'She is frozen in time' Father pays emotional tribute to daughter killed by unlicenced HGV driver
2
Police chief admits force 'mishandled' investigation into teen truck driver who hit six cyclists
3
Coroner criticised for claiming there was 'nothing practical' he could do to prevent a repeat of fatal collision
4
Bespoked 2021: huge gallery of stunning bikes as UK's handbuilt bike show celebrates 10th anniversary
5
Farmer attacked cyclist with billhook after road rage row over cycle lane
6
'Two and a half second' cycle lane is not a cycle lane, says council
7
Delivery driver who killed cyclist while high on cocaine jailed for seven years
8
The best of Bespoked 2021: highlights of all the hottest bikes from 10th anniversary show