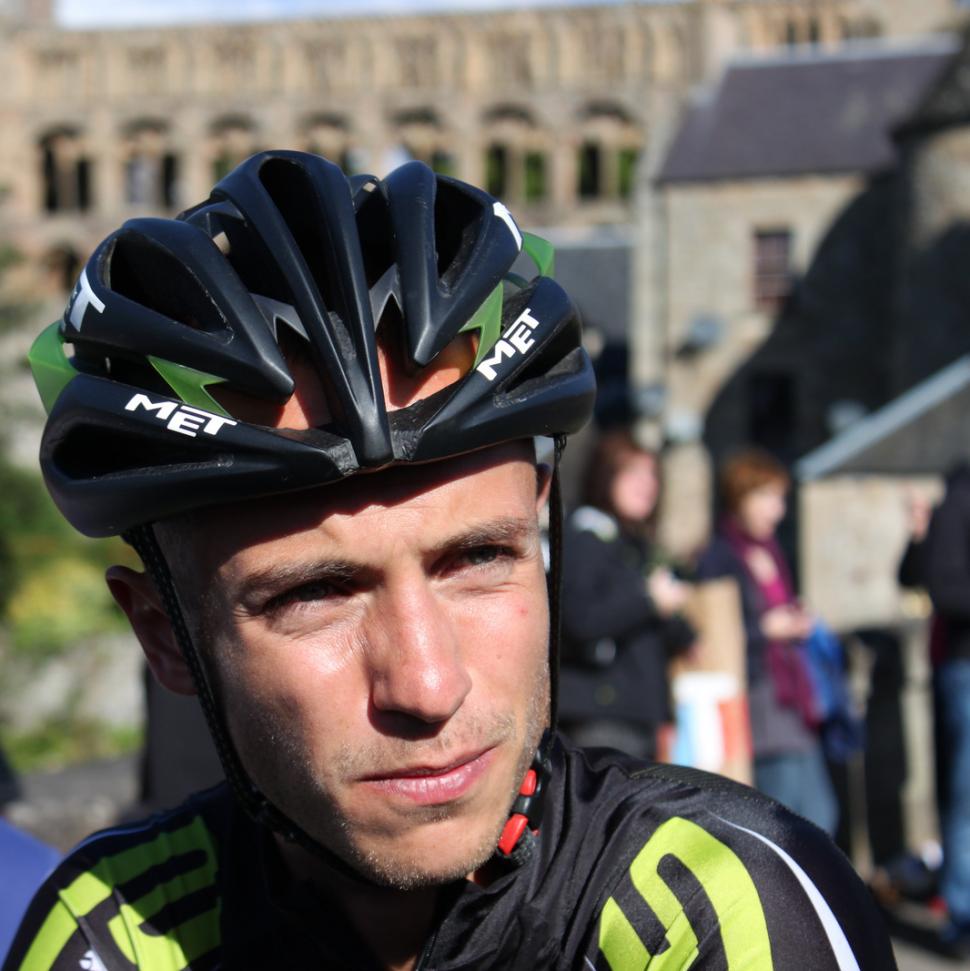 Tiernan-Locke has been asked by the UCI to explain possible discrepancies in his blood values between the latter part of 2012 and beginning of 2013.

Sir Dave Brailsford told Sky News that it was possible there was an innocent explanation for any discrepancy.

"He hasn’t failed anything yet or there’s nothing where you would say absolutely categorically, ‘This is something which needs to be addressed’,” said Brailsford

"It appears there’s an anomaly which needs to be looked at and explained. This isn’t the first time that this has occurred. We’ve got to allow them to carry on with the process, get both sides of their appropriate roles done, try to establish the truth – which is the important thing. Once we have the truth, we can all deal with that and go from there."

Before signing with Sky, Tiernan-Locke had a remarkable season with the Endura team, winning the Tour du Haut Var, including winning a stage, and the Tour Mediterranéen, where he took two stages, and going on later in the year to win the Tour of Britain.

“I can’t explain any of the irregularities but I would definitely vouch 100 per cent for John,” Brian Smith, who was Endura's general manager, told Cyclingnews.com's Daniel Benson.

“For me, I don’t know how he’s going to explain this to the UCI but I don’t think he should have anything to worry about. I can put my hand up though and say 100 per cent that I don’t think he was doping at Endura Racing. There was no suspicion, no nothing.”

Smith said that he had sought further testing and a place on a biological passport system for Tiernan-Locke, but the response from the UCI was “a resounding no”.

As first-tier teams such as Garmin and Sky showed interest in Tiernan-Locke, he was tested by Garmin and attended a Sky team camp.

Smith said: “[Garmin team manger] Jonathan Vaughters got in contact and said there were no abnormalities in John’s test and that they’d still like to progress with a possible chat of taking him on. Then Sky approached him and took him to a training camp in Tenerife at the start of May. I am not sure what testing Sky did or when [they] started.

Tiernan-Locke has three weeks from the date he received the UCI’s letter requesting an explanation of his blood values to respond to its concerns, and his explanation will be scrutinised by the same three-person committee that initially flagged the concerns.

Tiernan-Locke was rostered to ride for the British team at the world road race championships over the weekend, but pulled out citing lack of form before new of the request from the UCI broke. The Independent's Robin Scott-Elliott caught up with Team GB riders Chris Froome and Geraint Thomas before yesterday’s race.

1
'She is frozen in time' Father pays emotional tribute to daughter killed by unlicenced HGV driver
2
Police chief admits force 'mishandled' investigation into teen truck driver who hit six cyclists
3
Coroner criticised for claiming there was 'nothing practical' he could do to prevent a repeat of fatal collision
4
‘Allez Opi-Omi’ Tour de France fan who caused huge crash asked for €1 compensation from Pro riders’ union ahead of court case
5
Brompton CEO warns of raw materials shortages hitting bike industry
6
Birmingham cyclist attacked by gang in violent bikejacking with thieves stealing £3,500 bike
7
Speeding driver justified in breaking 30mph limit to avoid seriously injuring or killing cyclist, say magistrates
8
What can be done about the latest spate of bikejackings? Plus red light-jumping cyclists, 'The Rules' + more on episode 9 of the road.cc Podcast