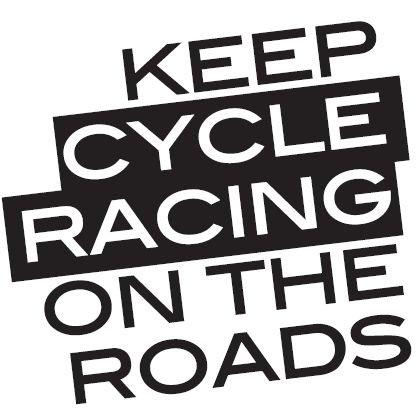 British Cycling has hailed a government consultation on amending road race regulations, which proposes introducing a presumption in favour of holding events, as “a big step forward” for its Keep Racing on the Roads campaign.

The initiative, launched in 2010, has gained the support of more than 10,000 fans on its Facebook page and has three main aims – “to redraft outdated legislation, empower volunteer race marshals, and reduce police charging.”

Currently, bike racing on public highways are covered by the Cycle Racing on the Highway Regulations 1960 which dates back more than half a century, and which are now made under the Road Traffic Act 1988.

British Cycling has said that ensuring the future of road events would be a fitting legacy for the sport from London 2012 and that the Department for Transport (DfT) is supportive of the need for change.

According to the DfT’s page for the consultation, which closes on 21 October 2013:

The aim [of the amendments suggested in the consultation] is to make the process of permitting cycle races on the highway clearer for organisers, police and the public.

The proposed changes will not alter the fundamental basis on which cycle racing on the highway is regulated. The aim of these changes is to clarify points within the regulations that may be confusing or out of date. For example, the proposed changes will relax the rule on length of a race circuit. It is also proposed that the police will provide a written explanation where a decision has been taken to refuse permission for a race.

British Cycling says that its members  played a crucial role in ensuring that the issue was addressed by the DfT, revealing that the department received more submissions on the Cycle Racing on the Highways Regulations 1960 than on any of the other 400 regulations that were the subject of its ‘Red Tape Challenge.’

“We’ve been pushing this issue up the government’s agenda for some time so this is welcome news and we’re finally going to see this outdated legislation made more fit for purpose. I’d encourage everyone who supports our sport to respond in favour of the proposed amendments.”

According to British Cycling, the current legislation causes problems for race organisers and clubs “because it is overly complex, arbitrary and appears to allow cycle racing only grudgingly.”

It goes on: “The discretionary nature of the legislation can lead to large disparities in how road races are treated between regions and over time.

“Police forces also have the ability to impose any further conditions they deem appropriate which can place arbitrary and unreasonable demands on a race organiser meaning that it allows forces that are not supportive of road racing to effectively ‘condition’ racing off the road.

“British Cycling already co-ordinates the road race calendar effectively and has been pushing for the regulations to be amended so that they better reflect modern road conditions, shifting the emphasis from individual Chief Officers’ discretion if an event can be held to one where events can only be rejected on the basis of a risk assessment and lack of appropriate mitigation.

"The changes will bring greater transparency and accountability to the process.”

The federation says will lead the DfT and the Association of Chief Police Officers in drawing up a Code of Practice which it explains “will set the standard to which all road racing events should meet and will make it easier for organisers and the police to assess any risks and provide appropriate mitigation.

It adds that the Code of Practice “will also prevent misunderstandings between organisers and the police by setting out the standards required for a road race.”

On the third pillar of its Keep Racing on the Roads initiative, British Cycling says it “will continue to expand the ‘accredited marshals’ scheme which works to empower volunteer marshals though the use of a legally empowered sign to slow and briefly stop traffic to let a cycle race pass junctions.

“The implementation of this initiative and its wide endorsement from all the relevant agencies is at the heart of modernising cycle racing on the highway.

“The proposed amendments to the current regulations will further improve the consistency and sustainability road race organisers need today and going forward,” it concludes.