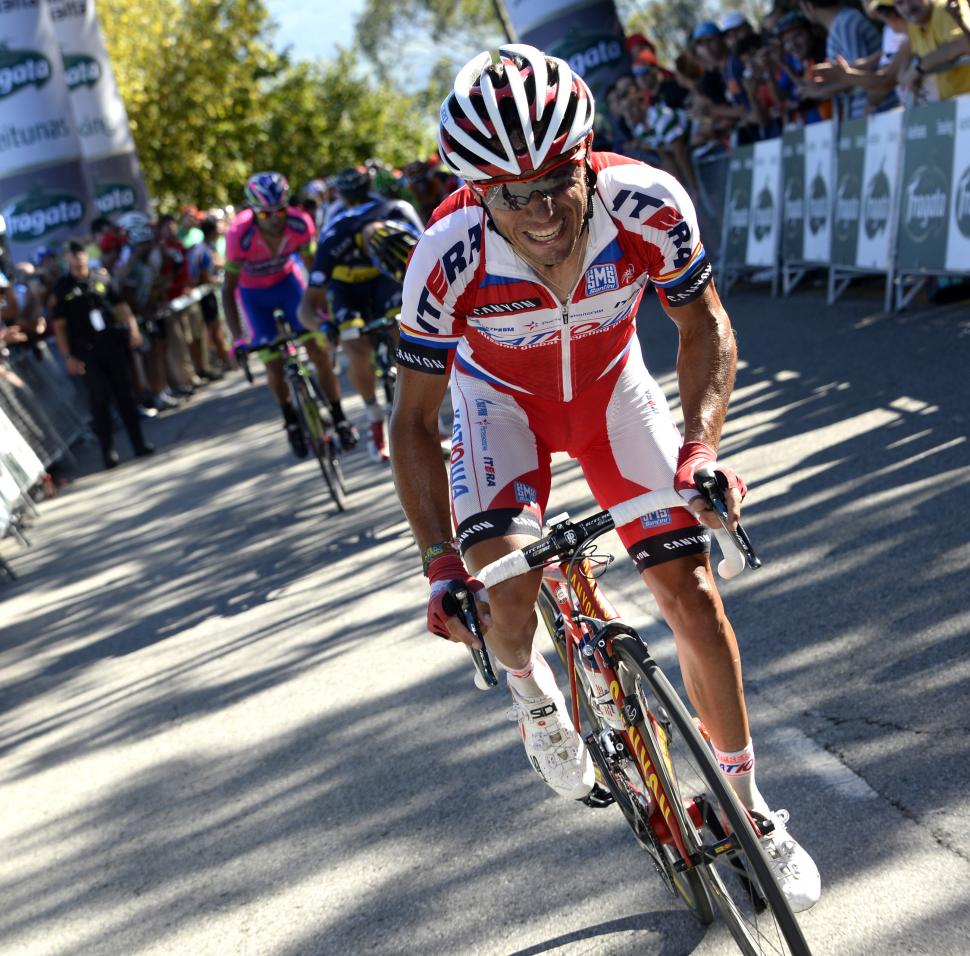 Joaquin Rodriguez of Katusha, third overall in last year's Vuelta and lying fourth on the General Classification of this year's 68th edition of the race this morning, attacked on the climb of the Alto del Maranco above Oviedo to win Stage 19. The big news though is that Chris Horner of RadioShack-Leopard, 3 seconds behind race leader Vincenzo Nibali this morning, now leads the race by an equally slender margin after distancing the Astana rider as they approached the line.

The race will be decided on the mighty climb of the Angliru tomorrow.

The group containing the men towards the top of the overall standings hit that final, 5.7km ascent on the 181km stage from San Vicente de la Barquera with a handful of the men who had made the day’s break still ahead of them on the road.

With Saxo-Tinkoff forcing the pace, one by one the remaining escapees were swallowed up, and ahead of the flame rouge signifying the start of the final kilometre, it was the Danish team’s Nicolas Roche, fifth overall, who was first to make his move. 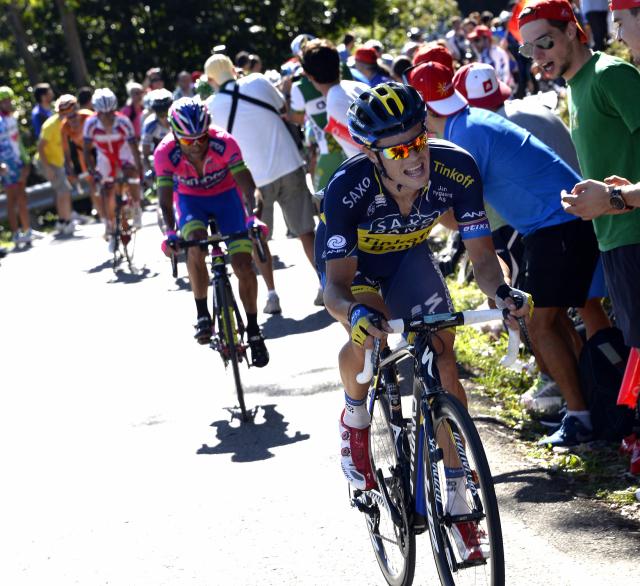 When Rodriguez made his move however, there was no catching him. Until now during this race, he had perhaps been overshadowed by team mate Daniel Moreno, winner of two stages in the opening week, but today the rider nicknamed ‘Purito’ was back to his best on the type of punchy finish that suits him perfectly.

Rodriguez said afterwards: “This is what I wanted. I promise, believe it or not, that I’ve told my team-mates two or three times to stop pulling because they were riding very fast and I wasn’t confident in my strength as the finale wasn’t steep enough for me.

"But the little hope I had for winning, my team played it all from kilometer zero onwards. I’m super happy. I’ve put a smile back on my face. This kind of victory counts double. I

"’m very ambitious and I race for winning. Tomorrow, I hope for more, even though I’m already very proud of today’s performance.

"The Angliru is a beautiful finale for any climber. To put one’s signature on the top is very special. Today’s win is an incredible moral blow. I hope to be able to win again. But the overall victory seems more complicated. I keep the illusion though.

"The other contenders are tired too. It can change everything because the Angliru doesn’t forgive anything. I’ll fight as much as I can for the podium. Let’s dream. But do not rule Vincenzo [Nibali] out.”

Behind, it was once again advantage Horner as he took time out of Nibali for the third time in a week; on the previous two occasions, the margin between them was more than 20 seconds.

Today, however, it was just 6 – but with Sunday’s stage into Madrid traditionally a procession followed by a sprint finish, that’s enough to put Horner, who will celebrate his 42nd birthday next month, just 24 hours away from becoming the oldest winner of one of cycling’s three Grand Tours, which have more than 260 editions between them.

The diverse fortunes of Horner and Nibali this week suggest that the Italian, winner of the Giro d’Italia in May, will find it difficult to respond to another attack from the American on the Angliru tomorrow, far less be able to turn the tables and take the lead back.

Even so, the slenderest of gaps between them mean that the race could even be decided in a sprint for the line for bonus seconds. Horner has one day to win the Vuelta, and Nibali one day to rescue it. Tomorrow’s stage will be unmissable. 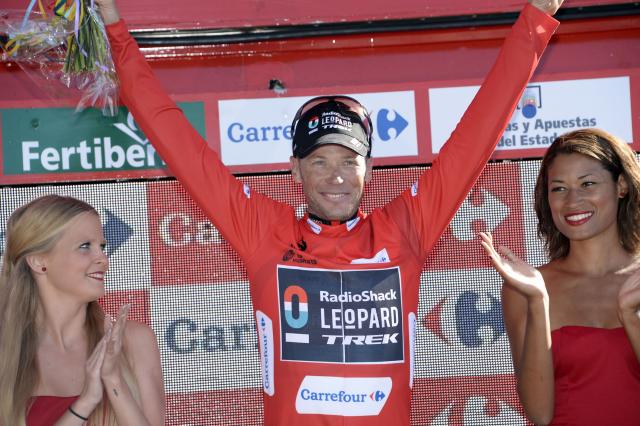 Earlier in the stage, 20 men had got away, but they were never given too much leeway by the peloton, their maximum advantage barely getting beyond two and a half minutes.

With 85km remaining, Team Sky’s Edvald Boasson Hagen – looking to complete a set of stage wins in all three Grand Tours – and Georg Preidler of Argos Shimano managed to get away.

The pair would be joined by several other survivors of that earlier break inside the final 10km, but with today being the penultimate stage in which the overall standings are likely to change, the catch was inevitable as Rodriguez took the win, and Horner the red jersey.