From the tiniest widget-maker to the biggest bike maker in the world, everyone descends on Friedrichshafen, on the shore of Germany’s Lake Konstanz, at the end of August, for the annual Eurobike show. It's set-up day, so we dodged and weaved among the forklifts and chippies to snap a few things that caught our our eyes before the show gets properly started. 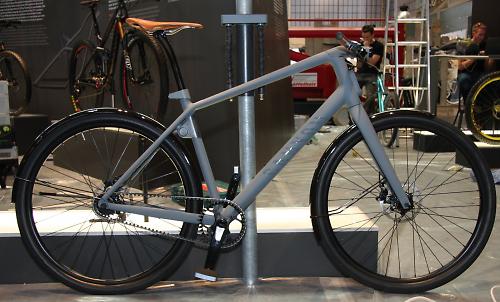 You asked us to be on the lookout for practical bikes, so here’s Canyon’s prototype townie, with toothed-belt drive, hub dynamo, built-in lights, hydraulic disc brakes, mudguards and comfortable carbon seatpost. 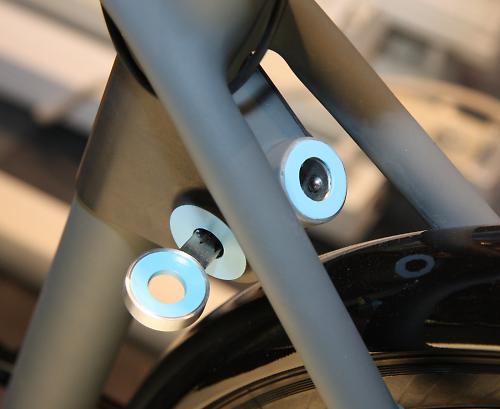 There’s even a built-in lock, though Canyon envisages the lock cable staying put (that’s it in the background, dangling from the pole) while the lock goes with the bike. 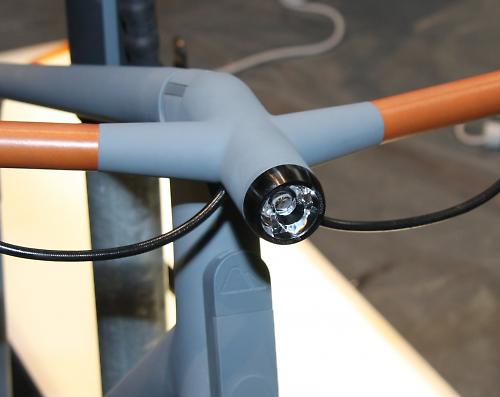 Want to see more? Here's a gallery of official pics, courtesy of Canyon product guy Sebastian Wegele who tells us that he sees the Urban Concept bike as being like a VW compared to the 'Formula One' road racing bikes we ride at the weekends. You put up with it being a shade slower because it's a lot more practical. 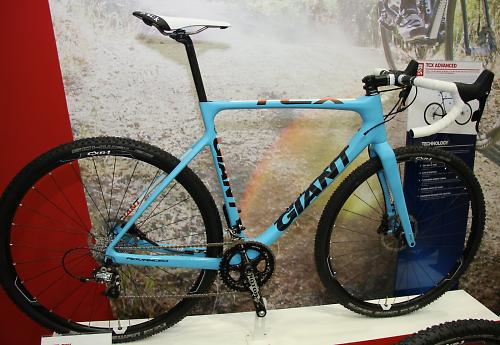 Arguably the most advanced drop-bar bikes at the show aren’t pure road bikes, which are still somewhat hamstrung by UCI rules, but cyclo-cross bikes. Giant’s TCX Advanced carbon-fiber cyclo-crosser uses SRAM’s hydraulic road discs - no surprise, they’re everywhere - and combines them with Giant’s vast expertise in making carbon fiber frames under its own marque and many others. 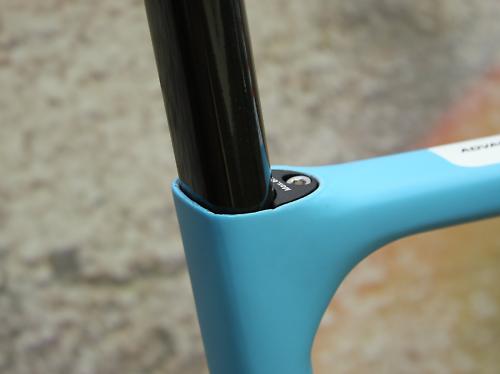 Giant’s clearly paid a lot of attention to vertical flex in the back end of the TCX Advanced. If the carbon lay-up is right, the dropped seatstays will get a you a bit of flex, and the seatpost is shaped so it’ll also flex a little. That should amount to better rear wheel traction for racers and better comfort for those of us whose competitive days are but a fond memory. 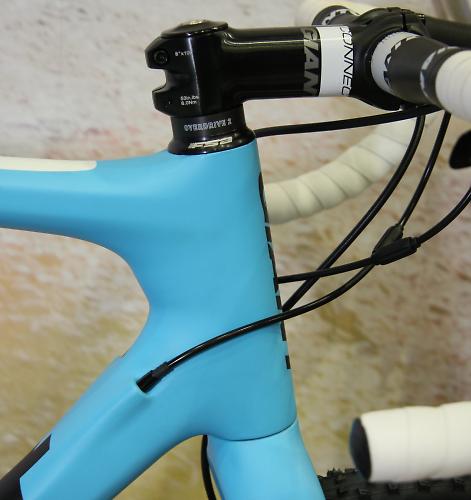 Up front it’s a different story. Giant’s Overdrive 2 headset has a 1.5in lower bearing and a 1.25in upper. Between the bigger steerer and increased head tube size it all adds up to a stiffer front end that’s more likely to go where you point it. 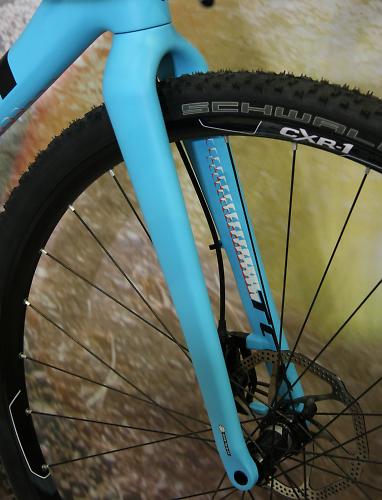 Slotted into the oversize head tube is a fork that’s unique as far as we know; instead of a 9mm quick-release axle, it takes a 15mm through-axle hub. Again, that should make for a better-tracking front end. 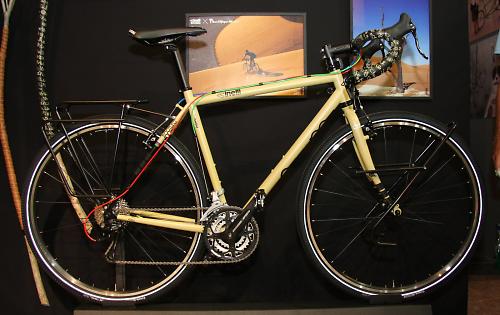 The return of the touring bike, part 98 - Cinelli’s Hobo. 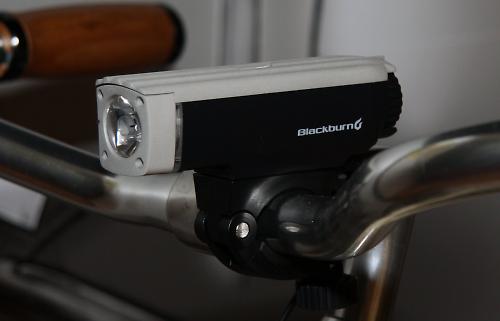 Part of the mighty Bell Sport group, Blackburn’s had a quiet couple of years, but the brand’s back with a bang this year. A quick snoop round the stand turned up this rather nifty front light that adjusts its output according to the conditions, and a range of panniers. 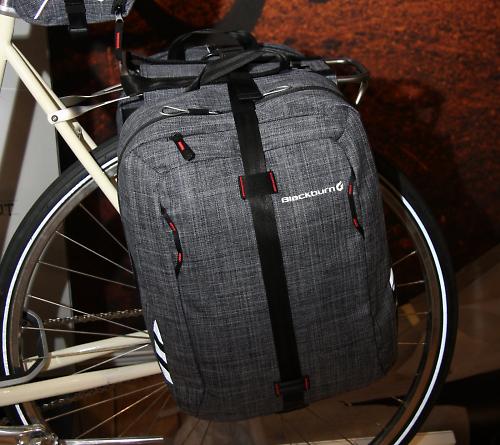 Given how long Blackburn has been making pannier racks - at least 30 years - it’s slightly amazing that it’s taken this long for Blackburn panniers to emerge, but they’re here and we’ll take a closer look sometime over the next couple days.

Kryptonite carries it off

Kryptonite is another company that's branching out into obvious-but-useful territory. Having filled almost every lock niche imaginable, Kryptonite’s brains trust has turned its attention to the problem of lugging the darn things around. 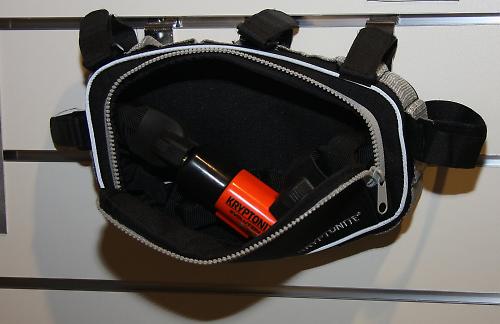 Rather than the  clips and clamps other lock manufacturers have tried, which are great if your bike has a spot for them, and useless if not Kryptonite suggests you carry your lock in one of its range of frame bags, or its tidy plastic tube. 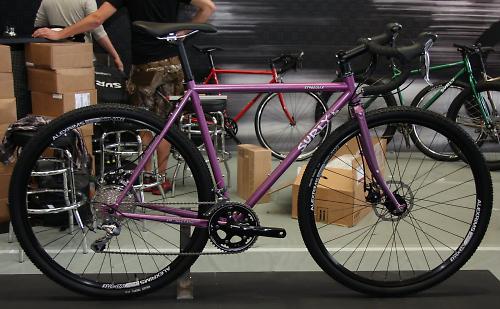 Want an old-fashioned tourer in up-to-date guise? The Surly Straggler is billed as a disc-braked cyclo-cross bike, but sure looks like a tourer to use. 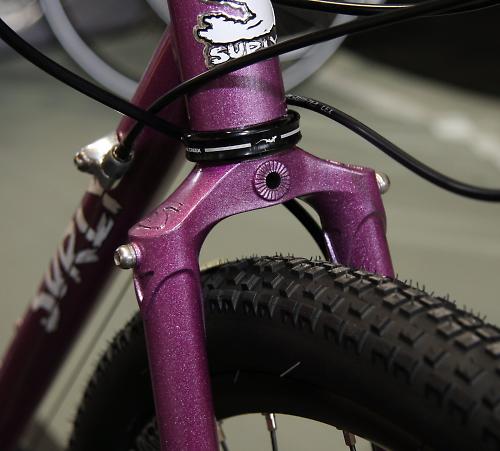 Surly has made it as versatile as possible with dropouts that will take hub or derailleur gears and lots of eyelets and mounts for racks and mudguards.

Bont's cheapest shoes ever - and colours 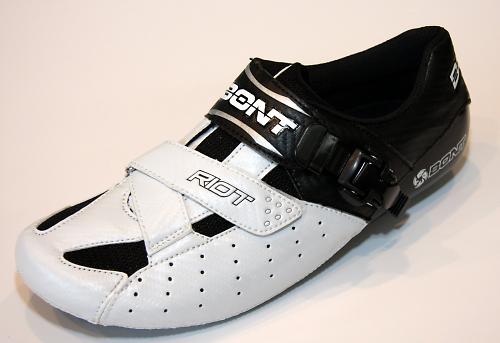 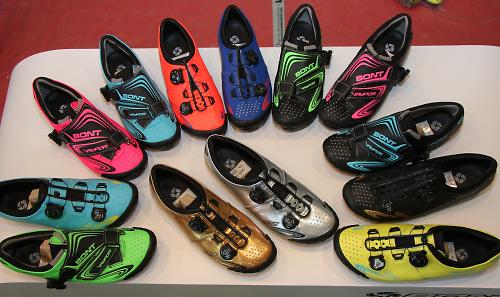 Bont has two new developments: a £99 road shoe, the Riot, and a custom colour program for the Vaypor and Vaypor Plus shoes that offers you the choice of 14 colours on any part of the shoes, so you can change the panels, piping, logos, even the stitching to express your own taste. 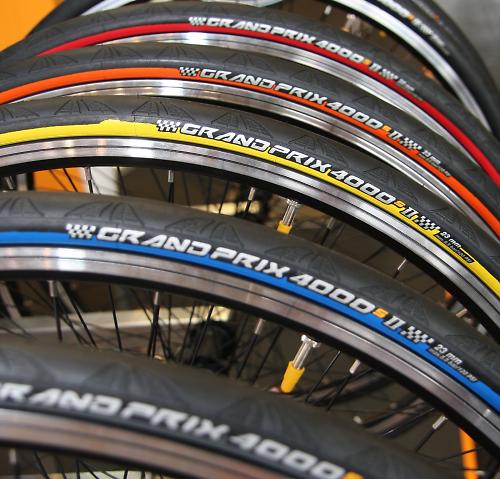 Tyre companies seem to favour evolution over revolution so here’s Continental’s evolution of the popular GP4000s, the - drum roll - GP4000s II. You can have the 23mm version on eight different colours and there’s a 28mm version that sounds perfect for go-faster long-range road trips. 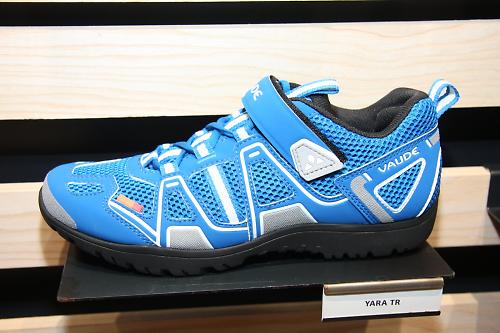 We’ve not spotted Vaude’s line of mountain bike shoes before, but these look the business for commuting. 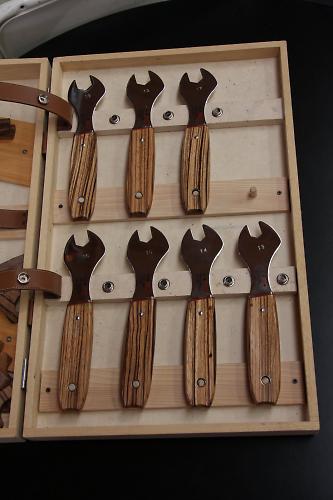 We love these Minoura cone spanners and Allen keys more than we can begin to tell you, which probably just shows what a bunch of saddoes we really are. They will be part of a special edition toolkit to mark Minoura’s 80th anniversary and are made by Hiro knives, a legendary Japanese bladesmith who happens to be just down the road from Minoura. 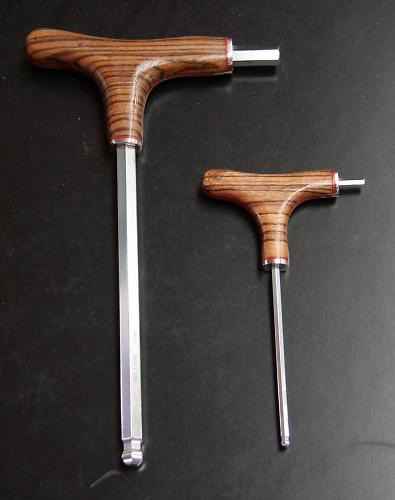 There will be 100 toolkits made with the tigerwood handles you see here, and a ‘deluxe’ edition of 80 with something even more exotic. How much? If you have to ask... 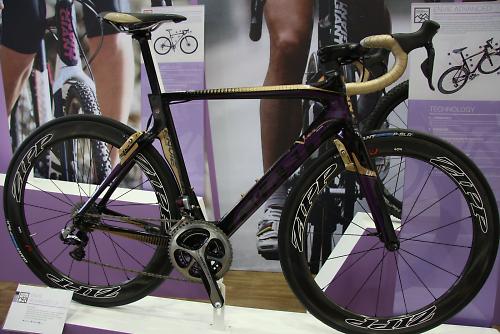 We got a bit excited by how much we love the looks of the Giant Propel and took way too many pics of it even though it’s not new. Oops. Here’s the Marianne Vos edition of the Liv Enve.

Check out the gallery for a whole lot more.

For more pics from Eurobike, check out our Instagram feed.