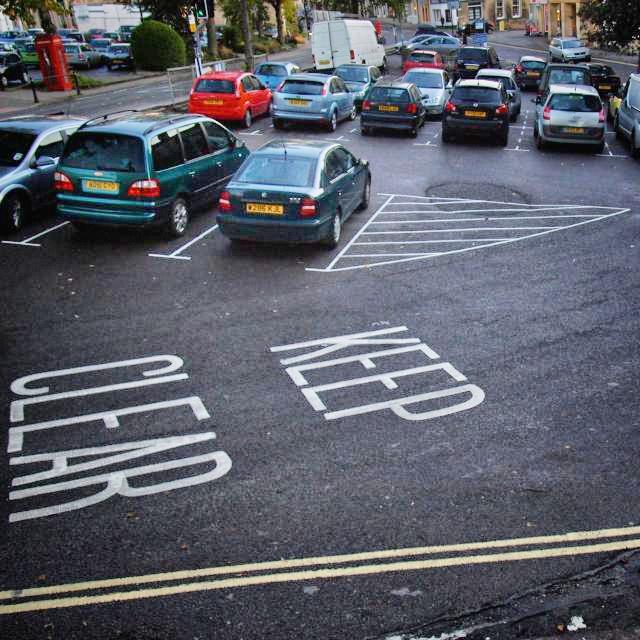 Meanwhile, Sustrans says drivers can save money by switching to bike or foot for shorter trips
by Simon_MacMichael

Eric Pickles, Communities Secretary, says it is time to do away with “draconian” parking policies, bollards and speed humps that he claims stop people visiting high street shops. Sir Richard Branson, however, insists towns and cities should be built around people, while charity Sustrans says motorists could save hundreds of pounds a year by switching to sustainable methods of travel for short trips.

The Secretary of State made his remarks in a press release from the Department for Communities and Local Government (DCLG) ahead of the introduction of new planning guidance this week.

Hitting out against parking fees that he claims “undermine the vitality of town centres,” as well as calling for speed bumps and parking bollards to be removed, and said that the current regime is leading people to shop online or at retail parks.

He added: “Draconian town hall parking policies and street clutter can make driving into town centres unnecessarily stressful and actually create more congestion because of lack of places to park.

“Anti-car measures are driving motorists into the arms of internet retailers and out of town superstores, taking their custom with them,” he maintains.

According to the new policy guidance, “Unnecessary clutter and physical constraints such as parking bollards and roads humps should be avoided.”

It says that town-centre parking has to be “convenient, safe and secure,” and that “parking charges should be appropriate and not undermine the vitality of town centres and local shops, and parking enforcement should be proportionate.”

The guidance also calls for the removal of unnecessary “clutter” such as signs: “The quality of signage, including that for shops and other commercial premises, is important and can enhance identity and legibility.

“However, street clutter is a blight, as the excessive or insensitive use of traffic signs and other street furniture has a negative impact on the success of the street as a place.”

It will be up to local authorities in England to decide whether or not to implement the new guidance, but Mr Pickles is hopeful that they will adopt it.

According to the minister, “Trying to find somewhere to park has an obstacle course in too many of our towns, cities and seaside resorts.

“Confusing and difficult car parking practices are undermining the economic vitality of the high street and tourist destinations. Over-zealous parking wardens have inflicting real damage on local economies and given many towns and councils a bad name.

In a new report published today, however, the sustainable transport charity Sustrans says that motorists could save and average of £23 a month – equivalent, it says to £8.5 billion across Great Britain – if they cycled, walked or used public transport for short trips.

It says that its new report, Short Journeys, Big Savings, found that 40 per cent of short trips undertaken by motorists are of two miles or less, “a distance easily walked or cycled.”

It wants to see the proportion of trips made by bicycle, on foot, or via public transport doubled by 2020, and is urging the government “to invest heavily in infrastructure and implement measures such as lowering traffic speeds and improving driver training to achieve this ambition.”

The charity’s chief executive, Malcolm Shepherd, says: Many of the car trips we make could easily be walked or cycled but too many people are put off by speeding traffic and safety fears.

“The car shouldn’t be the first choice for travelling around the neighbourhood or going to work, especially when these short trips are burning a hole in household budgets.

“Walking, cycling and taking public transport for short journeys will not only save us cash but will also help us lead healthier and more active lives. We urgently need slower speeds, safer routes and improved driver training to help people take these first steps.”

Branson: Ban through traffic from streets people live on

On the same day Mr Pickles was talking about the new guidance, Virgin Group published on its website a blog post from its chairman, Sir Richard Branson, in which he outlined his views on how towns and cities could be designed to foster a greater sense of community among the people who live there.

Among other things, the business tycoon said that through traffic should be barred from residential streets with immediate effect.

“Personally, I think cities should be designed with the wellbeing of the people who live there in mind. This means focusing upon creating the space and opportunity for real communities to develop. The importance of communities cannot be overstated.

“One way would be to design in circles. In the middle would be the village green, the focal point of communities where kids could play, adults could get out of the house to meet people and everyone could be safe. In most cities kids are usually confined to their houses because of worries like security and traffic.

“Another idea would be to close the majority of residential streets to traffic, only allowing people who actually live on the streets to park there. Then cover lots of streets with grass, creating green areas where people could interact and children could play safely.

“You could grass over about 50% of streets in a city like London and create village greens in residential streets instead. This could help create communities that in many areas don't exist.

“There would be more opportunity to get to know neighbours too, something that has disappeared as hectic lives, heavy traffic and indoor lifestyles have taken over.

“In the meantime, to immediately get a long way there with cities already built, residential roads should be closed to all through traffic.”

"City fathers have to choose. Cars or bicycles. And in Copenhagen they’ve gone for the bike,” he said.

"The upshot is a city that works. It’s pleasing to look at. It’s astonishingly quiet. It’s safe. And no one wastes half their life looking for a parking space. I’d live there in a heartbeat."

1
Police officer caught on camera telling cyclists to ride in single file to be given "education around traffic offences"
2
"Check the Highway Code": Police officer claims cyclist shouldn't ride "in the middle of the road"
3
Canyon revamps Inflite cyclocross range for 2023
4
Near Miss of the Day 827: Two close passes and a screenwash shower
5
‘Dangerous cycling is not a priority,’ police force says
6
Cyclist bitten by dog… and then abused by owner
7
Why was Mark Cavendish riding with Lance Armstrong this week?
8
Five-year-old boy killed after van driver knocks him off bike