We had a sneak peek the other day, now here's a proper first look at the brand new Argon Gallium Pro from Canadian manufacturer Argon. They've given the frame a major update, with new tube profiles and different carbon fibre to reduce the weight to a claimed 790g. That’s down from 920g for the previous version we reviewed recently. 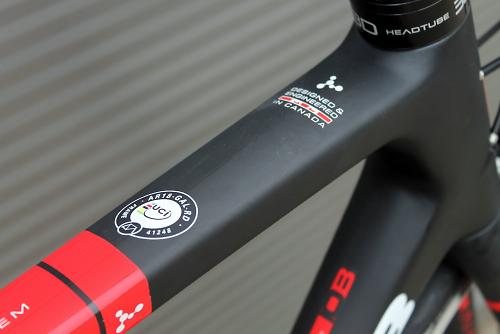 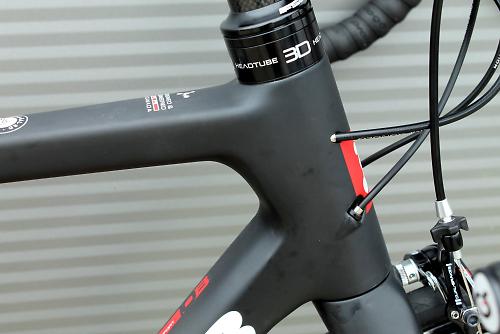 A big change has been to completely alter the cable routing. It’s still internal, as before, but now the gear cables enter the frame at the side of the head tube, while the rear brake cable also has been redirected to enter the head tube on the driveside. 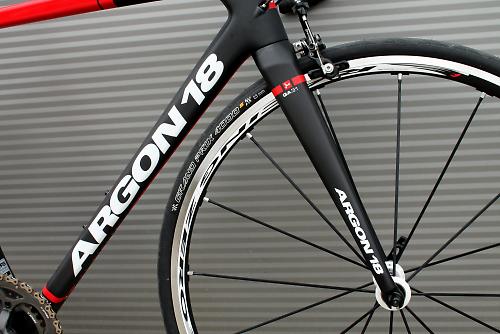 Both the top tube and down tube are less rounded with a more flat-sided profile, and an enlarged junction between the head tube and top tube, which should serve to stiffen the front end. The headtube still has the novel 3D height adjustment system, which allows spacers to be added or removed to customise the height of the frame at the front. 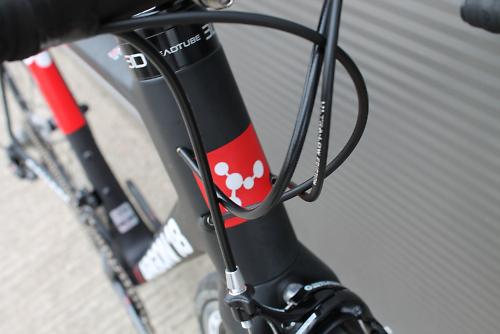 The bottom bracket area, housing a BB86 shell, is similarly huge in proportion, with chainstays that taper from gargantuan at the BB to slender at the revised dropouts. The fork has also been reshaped and follows the same flat-sided changes to the frame. The frame is now made from 7050 high modulus carbon fibre, and with all the other changes, has resulted in the hefty 130g weight saving. Argon claim the new frame has an improved stiffness to weight ratio. 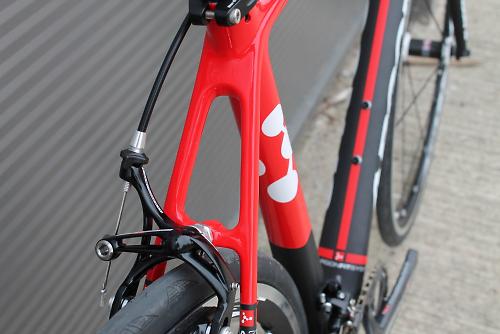 The handling of the previous Gallium Pro was pretty close to perfect, but Argon have seen fit to tweak the geometry. They’ve lowered the bottom bracket, a change which should increase high speed stability. The head tube remains short at 13.9cm, rising to 16.3c, with the tallest 3D spacer fitted. 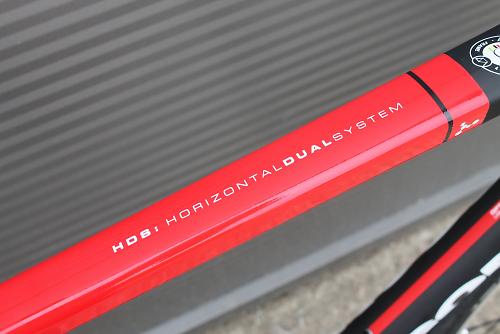 The new frame also sports a new livery, with a smart red over black finish. Red and black, it’s a proven winner.

The frameset (with fork and seatpost) will cost £2,099 and a Shimano Ultegra 11-speed and Fulcrum Racing Quattro build coming in at £3,499.99. More details at http://i-ride.co.uk