Garmin have launched the VIRB, a 1080p HD action camera, signalling their intent to expand their product family into the video camera market, dominated by GoPro. They’ll offer two versions, the basic VIRB (£269.99) which just shoots video, and the VIRB Elite (£349.99) which extends the capability with built-in WiFi, GPS, accelerometer and altimeter and ANT+ connectivity. 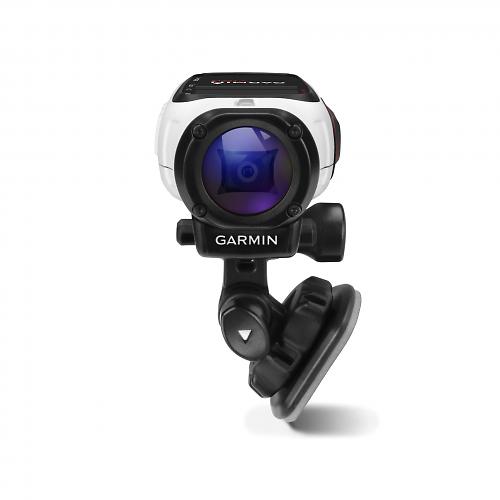 We know what you might be thinking: this isn’t a product specifically aimed at road cyclists. And you’d be right. But we know that lots of road cyclists are increasingly using video cameras, whether to record their favourite roads or participation in events, or for the daily commute. Garmin say it makes sense to expand into the market because their customers all lead very active lifestyles. Everyone is a David Lynch these days!

All that aside, it’s worth noting that Garmin have produced GPS devices with integrated cameras in the past, but this is their first dedicated camera. The rugged case has an IPX-7 waterproof rating (so it can be immersed for up to 30 minutes in one metre of water) and houses a 1.4in Chrome colour display for setting up the camera angle and playback of recorded footage. The camera shoots in HD 1080p with digital image stabilisation and lens distortion correction. 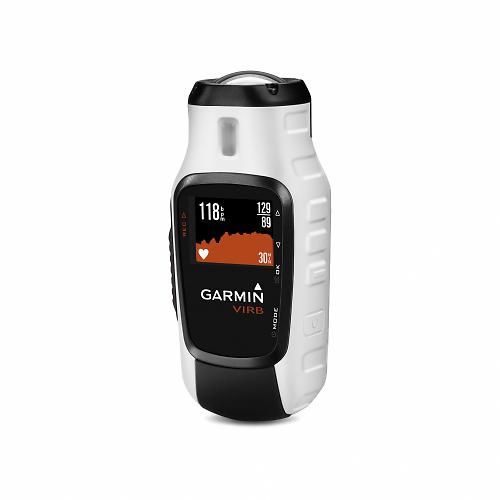 It’s available in two versions. The VIRB just shoots video and will cost £269.99. The VIRB Elite is more feature-packed and costs £349.99. It boasts built-in WiFi, GPS, accelerometer and altimeter and ANT+ connectivity, and we think it is the more appealing of the two for its ability to not only record video of a ride, but also to record such things as speed and distance. Both have a micro HDMI port so you can plug it into your television, and a microSD slot that takes a maximum 64GB card. That’s good for over seven hours of footage. The battery will run out before then though, with a claimed three hours. 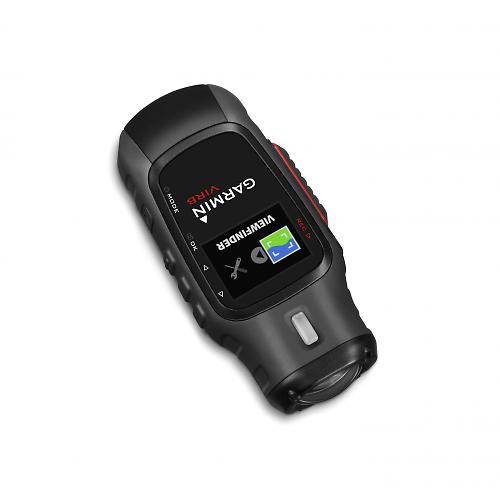 The VIRB Elite, with its connectivity features, can be controlled by an iPhone or Android-powered smartphone using a free app. The inclusion of GPS means it can record speed, elevation and location, while ANT+ lets you connect a heart rate monitor, cadence or speed sensor for extra data. All this information can be reviewed on the VIRB’s screen and embedded into the video - so you can see interesting stats like speed and altitude when playing back footage of your ride.

If you have a new Edge 810 bike computer, with a simple software update you can use it as remote for the VIRB using ANT+. So you could  have the camera on your helmet, or attached to a part of your bicycle frame, and wirelessly control it. The VIRB comes with a bundle of mounts, including a handlebar mount.

The VIRB has a ‘ski mode’ which is able to detect when you're descending a mountain, and when you're ascending. It does this to save battery and memory space. We’re awaiting reply from Garmin as to whether this could also work on the bike, so you could only record the descents, and not the climbs, when out riding, if that's your thing.

Availability is scheduled for October. More info at www.garmin.com