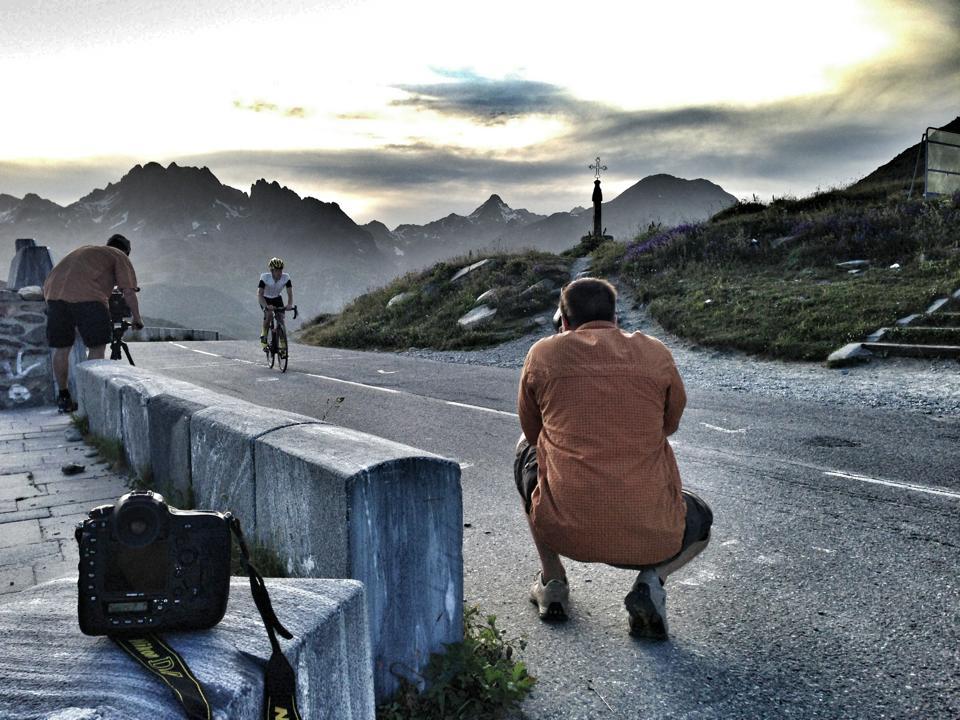 Mike started the ride in Evian les Bains, on Lake Geneva, on Monday morning at 9am. He then rode 17 mountain passes, including some the most famous climbs in the Alps: Col de la Colombière, Madeleine, Glandon, Croix de Fer, Télégraphe, Galibier, Izoard, Vars, Bonette and Madone. Five of the passes took him up to over 2,000m.

When he finished, Mike tweeted, “I'm going to start by having the biggest pizza & ice cream in Nice! I'm sure I wasn't this skinny 33 hours ago!!”

We’ve given you details of the route before and shown you the Cannondale Evo Hi-Mod bike that he was using for the ride.

For comparison, Mount Everest is a height of 8,848m, so Mike’s elevation increase over the course of his ride was nearly the equivalent of scaling the world’s highest mountain twice over. Or, keeping things closer to home, it's about the same as riding the height of Ben Nevis 12 times.

Mike rode more or less continuously with just occasional essential short stops, with vehicle support provided by one of his sponsors, Mavic. He completed the ride well inside his original estimate of 36hrs, at an average speed of around 20kph.

Congratulations to Mike from road.cc.